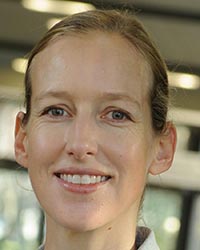 When a team of psychological scientists sought a fresh way to study people’s good deeds and transgressions, they found a tool that was literally within anyone’s grasp — the mobile phone.

In a study published in September in Science, researchers led by University of Cologne professor Wilhelm Hofmann recruited more than 1,200 study participants through various online social networks. They sent each participant five surveys daily via text over a 3-day period. The texts included hyperlinks to online surveys, which prompted the participants to report and describe any moral or immoral acts that they had encountered or performed within the previous hour. The participants, who recounted actions ranging from adulterous hookups to feeding a homeless man, also rated their feelings about those events.

Hofmann and his colleagues analyzed the frequency, impact, and contagion of moral acts, and found that such actions were commonplace and important for well-being. There was also a “pay-it-forward” effect — people on the receiving end of moral acts reported behaving morally in subsequent survey assessments.

This study shows the utility and scalability of mobile technology for understanding the ecology of everyday morality, capturing behavior in new and remarkable ways. Researchers have used similar innovative approaches to investigate mind wandering and responses to temptations in everyday life.

In fact, mobile phones are quickly becoming invaluable devices in psychological science. They offer unprecedented access to psychological and health phenomena and serve as useful tools for small- and large-scale scientific data collection and intervention. They allow scientists to push the edge of knowledge, answer novel questions, and express new forms of creativity in research.

In my own research, I use mobile technology to study emotions and health. For the past 4 years, I have been running the Daily Life Study, a large interdisciplinary study of nearly 1,500 young adults that uses technology to track emotions, well-being, and health behaviors over 2 weeks. Participants were texted four times per day through a commercial SMS company and asked to report their current affective experience (how positive, energetic, negative, and tense they felt at that moment). Each night, they also completed a lengthy Internet diary to report on a wider range of daily emotions, stressors, eudaimonic well-being, and health behaviors, including what they ate, how much they exercised, time spent in nature, sleep, physical vitality, alcohol use, and even hangovers. A single blood sample was also collected to test for genetic and health biomarkers.

The aim of this project is to capitalize on intensive mobile tracking to understand how genetic, health, and nutritional biomarkers are related to real-time emotional experience. A real-time approach quiets the noise that can affect long-term-memory-based reports of emotions. In exchange for my efforts, I get a highly sensitive measure of experienced emotion that is closer than ever to the source (and gives me nearly 4 million data points to analyze, hence the madness). Exciting nutrition findings have already come from this project — for example, adequate serum selenium levels, vitamin D, iron, and fruit and vegetable consumption all play beneficial roles in daily emotional states. The use of mobile technology in genetic research is still relatively novel, but emerging research from my lab and several others suggests that genetic factors shape our daily lives by modulating emotional reactions to stressors and rewards. These projects combine genetic analysis of DNA obtained through blood, saliva, or cheek swabs with intensive measurement of emotions and daily events for a week or more. Stronger emotional reactivity has been found in people with the short allele of the serotonin transporter gene and, most recently, in people with genetic variants associated with greater epigenetic sensitivity.

Mobile technology is being used in nearly every field of psychological science. In clinical psychology, these approaches can provide insight into the core features of conditions like depression, schizotypy, and attention-deficit/hyperactivity disorder (ADHD). A core feature that cuts across several disorders is emotional instability — how quickly emotions change from one moment to the next — which is ideally suited to intensive mobile assessment. Analyzing how frequently and intensively emotions change over time can determine whether people show excessive instability (which is often characteristic of borderline personality disorder and ADHD) or excessive self-predictability (i.e., “emotional inertia,” which is characteristic of depression). A recent meta-analysis highlighted the importance of daily emotion dynamics in psychopathology and well-being. Similar innovative approaches have explored the daily dynamics of schizotypy and anhedonia.

I am also excited by the use of mobile technology to monitor early warning signals that could predict the onset of illness or psychiatric conditions. A recent experience-sampling study showed proof of concept that changes in the dynamics of momentary mood may signal a “critical slowing down” that precedes the onset of a major depressive episode. Scientists are only beginning to explore the use of mobile technology for predicting and preventing such events.

Health psychology and medicine are also capitalizing on mobile technology. There is even a new term for this research: mHealth (mobile health). Subjective experiences like pain symptoms, daily hassles, and marijuana use are being tracked using text messaging or smartphone-based ecological momentary assessment (EMA). Objective markers like heart rate variability, activity, movement, and location can be monitored using smartphone-linked chest belts, accelerometers, and GPS coordinates. Natural language use and the sounds of everyday life can be captured using the Electronically Activated Recorder (EAR) smartphone app. The Health eHeart Study at the University of California, San Francisco, is a creative new project that aims to collect ambulatory heart-health data from more than 1 million people.

Mobile technology allows me to study health behaviors like alcohol use among college students. Text messaging is great for this purpose because of the high response rates in this population — upwards of 90%. We use a commercial company to schedule and send texts to students asking them how much they drank on weekend nights. They text us back with their reports. Simple.

Recently, we used this approach to track drinking across the academic year and found that heavy drinking during a critical period (orientation week) predicted sustained heavy drinking into the academic term. By using mobile phones, we were able to measure drinking across a relatively long period of time — a gauge that would not have been possible otherwise. Although we would like to measure drinking without self-report, smartphone-based breathalyzers and transdermal sensors are still in their early days.

One area ripe for exploration is the use of smartphones in cognitive psychology. Recent studies have provided initial validation for smartphone-based cognitive testing in young adults and crowdsourced samples. One example is an innovative project called FLUX, launched by German researchers in 2010 to measure fluctuations in cognitive performance among elementary school children. One hundred ten children were lent dedicated smartphones that prompted them to complete surveys and working-memory tasks three times per day for a month. Importantly, poor sleep quality was associated with reduced working-memory capacity the next morning. The learning implications for children and educational systems are enormous.

Mobile technology has large untapped potential for intervention research. Smartphone tracking of symptoms and behaviors following an intervention can provide a rich, detailed assessment of treatment effects through time, whether measuring changes in mood, stress, cognition, behaviors, or physiology. Researchers can track the data, plot it, and see how quickly or slowly people are responding to the intervention and whether there might be nonlinear treatment effects, such as stepwise changes. Intensive tracking could also provide greater sensitivity to detect changes compared to traditional forms of assessment. One study showed that daily mood tracking revealed earlier responses to antidepressant-medication treatment than weekly recall designs. Mobile technology is also being used to reveal the potential mechanisms of change — such as whether interventions like daily walking, exposure to nature, and practicing gratitude improve overall well-being through accumulating effects on daily mood.

Not Just for Assessment

Mobile technology can deliver interventions, too. Simple text-message reminders, smartphone surveys, and tailored smartphone apps have all been used to deliver “ecological momentary interventions” (EMIs). EMIs provide people with real-time advice, reminders, or strategies, encouraging them to change their behaviors “in the wild” where life happens. Mobile technology can be used as the primary intervention tool or as a secondary booster to sustain treatment effects over a period of time. For example, researchers have demonstrated the effectiveness of a mobile app, B-MOBILE, that prompted overweight and obese people to get up and move after extended sedentary periods. Scientists used the app to test three different interventions, finding that 3-minute breaks after 30 minutes of immobility were better than 12-minute breaks after 2 hours of sedentary time.

The US Department of Veterans Affairs has introduced PTSD Coach, which provides people with strategies to manage anger, anxiety, and other symptoms of post-traumatic stress disorder.

In my own research, I am using mobile EMIs to reduce harmful student drinking and encourage young adults to eat more fruit and vegetables. In one project, we are trying to reduce drinking rates during the critical period of orientation week by sending text messages to hard-partying students every night reminding them of hazards. A message might say, “Drinking too much can turn you into a burden on your friends — don’t be a jerk” (or words to that effect). In another project, we are recruiting young adults with poor food habits and sending them smartphone-delivered reminders and surveys challenging them to eat their “five a day” of fruit and vegetables. Wish me luck on that project.

So, how do you engage with mPsychology? Now is a great time because the technology is finally accessible. But be warned that there will be start-up costs and unexpected technical issues. And remember that not everyone has a smartphone or is as “app savvy” as you might expect. Start by reviewing the Pew Research Center’s Mobile Technology Fact Sheet to see about phone usage in your population. You will also need to step up your statistical game (see previous discussion of 4 million data points). You can read the handbook I coedited with Matthias Mehl, watch my webinar with Joshua Smyth, sign up for an experience-sampling workshop at the 2015 APS Annual Convention in New York City in May, visit www.ambulatory-assessment.org, or read any of the research studies below to help inspire your mobile creativity. 

Riordan, B. C., Scarf, D., & Conner, T. S. (in press). Is Orientation Week a gateway to persistent alcohol use in university students? A preliminary investigation. Journal of Studies on Alcohol and Drugs.

Tamlin Conner is a senior lecturer in psychology at the University of Otago, New Zealand. Her research uses experience sampling and daily diaries to investigate emotional and physical well-being. She is the coeditor of the Handbook of Research Methods for Studying Daily Life. Contact tconner@psy.otago.ac.nz or visit www.facebook.com/dailyexperienceslaboratory.

APS Fellow Betsy Levy Paluck demonstrates how the influential power of social norms can be channeled toward the greater good. More