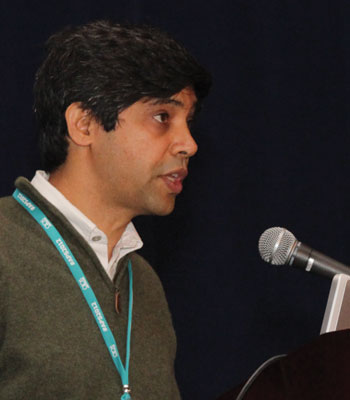 Aniruddh D. Patel says tapping your feet to a beat could be related to social bonding.

The set list for the “Music, Mind, and Brain” theme program at the 24th APS Annual Convention featured three leading behavioral scientists discussing their insights into music. Then, as something of an encore, it closed with one leading musician — bassist Victor Wooten — providing his insights into human behavior.

“Music has long been a part of the human experience,” said the event’s first speaker, Aniruddh D. Patel of the Neurosciences Institute, pointing out that flutes dating back 35,000 years have been found in archeological caves. “But it’s only in the past decade that we’ve seen a genuine explosion in research.”

Patel’s studies reveal that the seemingly simple process of following a beat is actually a very complex cognitive task. Psychological research has shown that beats engage a distinct region of the brain, mostly related to motor functions, and that synchronizing to the music requires three capacities rarely combined in the animal kingdom: vocal learning, visual imitation, and coordinated movement with a partner.

While scientists have debated why this ability evolved in people, Patel believes it may be related to people’s need for social bonding. A number of recent behavioral studies have found evidence that synchronizing to a beat promotes positive social interactions even after the music stops.

“Somehow moving in time with other people to a common beat blurs the line between self and other and makes you more likely to be cooperative or pro-socially oriented toward the person outside of a musical context,” Patel said. 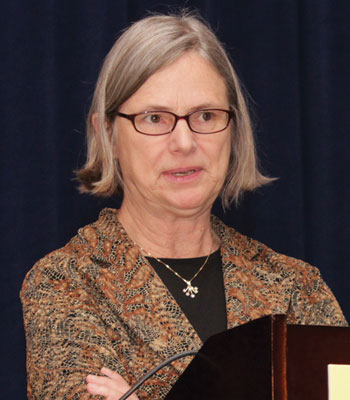 Our brains are equipped to identify songs after only hearing a few notes of the melody, explains Carol Lynne Krumhansl.

People not only bond over shared rhythms, they also form connections with people who share their favorite songs. And as Carol L. Krumhansl of Cornell University has found, people are very good at remembering the songs they hear. In one recent study, Krumhansl played extremely brief clips of 28 pop songs to a group of participants. She found that a quarter of the subjects could name both artist and title despite hearing the song for only a fraction of a moment, and they often knew the decade of the recording as well.

For another study, Krumhansl played the top two annual hits from five-year periods spanning 1955 to 2010, then asked the listeners — in this case, college students — about their preferences. Not surprisingly, most preferred recent songs, but Krumhansl also discovered two preference ‘bumps’: one in the early 1980s, and another in the late 1960s. She determined that these were the times when the participants’ parents and grandparents would have been 17, respectively, which is an impressionable age for developing musical taste.

“What I’m proposing in this multi-generational model is that our young listeners accumulate preferences over the generations,” said Krumhansl. 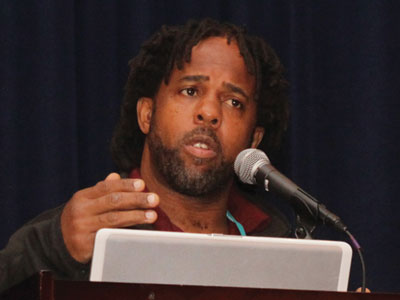 How world-class musicians become world-class musicians was the focus of the talk given by Daniel J. Levitin of McGill University in Canada. Levitin outlined two competing theories. One holds that experts are simply born with superlative talent. The other says that achieving expertise requires about 10,000 hours of careful practice — the so-called 10,000-hour rule.

While these explanations aren’t mutually exclusive, Levitin has found that practice undoubtedly plays a key role in musical development. Even the famous exception to the practice rule, Mozart, didn’t seem to achieve world-class status until he reached the 10,000-hour threshold, said Levitin. John Hayes of Carnegie Mellon analyzed which of the composer’s works have been performed most — an indicator of their quality. The results suggest that while Mozart was writing symphonies at age six, he didn’t master his craft until around age 16.

Levitin has traveled the world interviewing top-class musicians — Paul Simon, Eric Clapton, and Stevie Wonder, to name a few — and said they all mentioned the hard work that went into developing their sound. Practice alone isn’t enough; it takes effortful, focused practice to ascend the creative ranks. Motivation is important too, Levitin argued, with world-class masters viewing failure in a less negative light than others do. 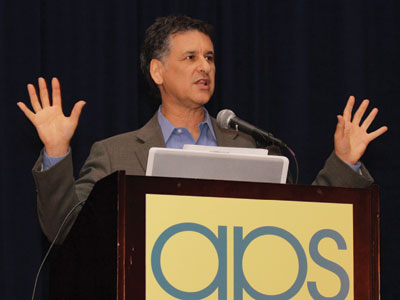 In his talk, Daniel J. Levitin weighs in on whether practice makes musicians perfect.

“The music students who don’t advance are the ones who keep going over and over the same lesson” to achieve perfection, said Levitin. “The ones who eventually become professionals are constantly trying to grab at something just out of their reach, and by doing so they pull themselves up by the bootstraps.”

Five-time Grammy winner Victor Wooten, who plays for Béla Fleck and the Flecktones, would seem to agree with the concept of learning-by-aiming-high. Wooten, the youngest of five brothers, said he was taught bass at an early age to complete the family band. By the time he was five years old, he was on tour opening for Curtis Mayfield.

Wooten compared this immersion style of music training to the way infants learn a language. Parents don’t really sit their infants down and teach him or her to speak. They don’t really practice language so much as use it. They never really know they’re a beginner. And often parents will adopt the cute saying their child employs rather than correct it.

Basically, said Wooten, from the very start of your linguistic training, you’re allowed to “jam with the pros.”

Instead, new music students are told they’re novices from the moment they start their first lesson. In Wooten’s mind, that would be like parents telling their baby not to speak with them until they could speak fluently — then sending them off with a group of other babies to learn to speak.

“We don’t do that with language, and because of that we learn it freely, and I would say naturally,” Wooten said. “And anything you learn naturally, you learn completely and quickly.”

I attended this Music, Mind, and Brain program and found it interesting. I’ve been searching in vain for an article detailing the experiment Dr. Krumhansl performed to produce the nostalgia graph with three peaks. If it is available, could you please send me a reference?