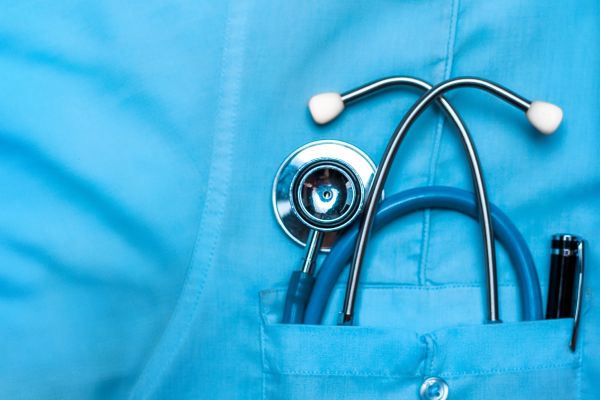 We trust doctors to have our best interests at heart, but physicians are just as capable of prejudice as anyone else, and these biases have been found to significantly reduce the quality of care an individual may receive. But research in Psychological Science suggests that increasing opportunities for interracial contact with other practitioners during medical school may help reduce physicians’ racial bias.

“Given the critical importance of these medical encounters (e.g., determining the course of treatment for cancer; Penner et al., 2016), even limited reductions in physicians’ anti-Black bias have the potential to improve the health of and, potentially, save the lives of a significant number of Black people,” according
to Ivuoma N. Onyeador, APS Fellow John Dovidio (both of Yale University), and colleagues. (Onyeador et al., 2020, p. 28).

To investigate the relationship between interracial contact and physician bias, Onyeador and colleagues followed 3,134 physicians in training who were White, Asian, Native American, and of unknown ethnicity throughout 6 years of medical school and residency training.The physicians, who were led to believe they had been recruited for a study on changes in medical students’ quality of life, were surveyed on both their explicit and implicit racial attitudes at three time points — during their first and fourth years of medical school and during their second year of residency.

For the explicit, conscious attitudes measure, they reported how warm or favorably they felt toward Black and White people on a 101-point scale. For the implicit, unconscious attitudes measure, they completed a standard Implicit Association Test (IAT), which measures whether people respond more quickly to Black or White words and images when Black and White have been associated with “good” or “bad” words. The students were required to associate images and words as either Black/good and White/bad, or Black/bad and White/good. Their average response times and error rates for each of the four pairings were then used to compute a measure of their implicit racial bias. Participants whose average response time for the Black/good pairing was significantly longer than their response time for White/good, for example, could be said to have an implicit preference for White people.

Participants were also surveyed on the quality of their contact with Black people before medical school — that is, how favorable they perceived their interactions to have been with this group — as well as during medical school and residency — that is, how favorable their interactions were with Black medical students, faculty, physicians, and administrative staff. Additionally, participants reported on the racial climate of their medical school, including whether they had observed instances of racial bias by faculty and whether students were encouraged to learn from instances of unintentional bias. They also estimated how many hours of diversity training they had participated in during this time.

Using these 6 years of longitudinal data, Onyeador and colleagues found that the only factor that positively influenced medical students’ explicit and implicit attitudes about race during their residency was the perceived favorability of their interactions with Black people before and during medical school. Students who described their medical school as fostering respect for cultural differences also reported more positive explicit attitudes.

The effect was small but consistent and could meaningfully impact the quality of care Black individuals receive in medical settings, Onyeador and colleagues explain.

Estimated hours of diversity training, however, were found to have no relationship to medical students’ racial attitudes during their residency — potentially because of the backlash that these programs can elicit in unwilling participants, the researchers write. Diversity training is an $8 billion industry, Onyeador and colleagues note, but research suggests that while this training may help physicians to achieve cultural competency, its effects on racial bias itself are limited.

“Although the effects of experimental intervention to reduce implicit bias rarely last beyond 24 hours, long-term personal and educational experiences can have an enduring impact,” the researchers conclude.

Students who reported more positive explicit racial attitudes at the beginning of medical school were also more likely to report more favorable contact with Black people during medical school and residency, suggesting a cyclical relationship between these factors.

These findings highlight the potential for interracial contact to reduce bias
in adulthood, as well as the need for more evidence-based evaluation of diversity training programs, the researchers write. 