Technology is not just changing the way people interact with the world, it’s also changing the way scientists study human behavior and the brain. New technologies are allowing psychological scientists to take their research out of the lab and “into the wild,” where theories can be tested in real world settings.

San Francisco is a world-famous hub of technology, and a fitting locale for a symposium on research on tech and the human experience. In a Cross-Cutting Theme Program at the 30th APS Annual Convention, speakers presented interdisciplinary work on the ways technology shapes learning, attention, behavior, and our social lives from childhood through old age. 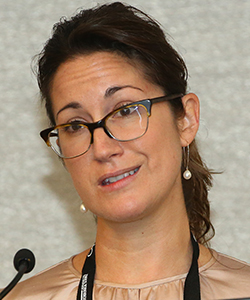 Technology is allowing neuroscientist Melina Uncapher of University of California, San Francisco (UCSF) to take her science out of the brain-imaging lab and directly to the classrooms she studies.

“It’s not feasible, obviously, to bring an MRI scanner into every classroom, but we can start to use some of these mobile technologies…to map the cognitive domains of the brain,” Uncapher explained.

The Neuroscape Center at UCSF has developed ‘ACE’, a tablet-based cognitive assessment, which has allowed Uncapher and her colleagues to study executive function within a group of over 1,000 elementary and middle school students across nine different Bay Area schools. These customized Neuroscape video games use adaptive algorithms to adjust the level of game difficulty, allowing researchers to use the same exact cognitive tasks for children of all ages across experiments, and across time. Critically, this allows high-precision, high-dimensional measurement of cognition across development.

Uncapher and her team hope to use a technique called joint modeling to create models around the behavioral measures they’ve obtained, and how they relate to brain structure and function. The researchers ultimate goal is to create a sustainable cognitive enhancement loop whereby each child receives the most effective intervention (technology mediated or curriculum-based) to enhance their executive functioning — ultimately improving their learning, education, and life outcomes. 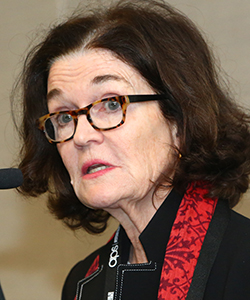 In a trial, Czaja and colleagues provided video phones to people caring for someone with dementia. The research team found that providing caregivers with access to interventions such as counseling via the phone was linked to several positive outcomes, including a reduced sense of burden.

“The thing they liked the most were the support groups, because they didn’t have to leave their home to participate in the groups, which is problematic for many caregivers,” Czaja explained.

Czaja also is working with Prism, a custom software system designed for use in the homes of socially isolated older adults. After a year-long trial, not only did participants learn how to use a computer, they felt less isolated and reporter increased emotional well-being. 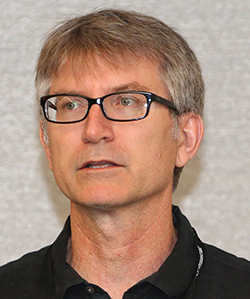 Jonathan Gratch’s lab at the University of Southern California builds strikingly realistic and interactive virtual humans reminiscent of the sentient robots on the television show “Westworld.”

“We build these social artifacts that have embodiment of various kinds and then we have people interact with those systems and examine the theoretical implications,” Gratch, a professor of computer science and psychology, explained.

These virtual humans have been used to help people learn negotiation tactics, to tell the stories of Holocaust survivors, and to help people disclose symptoms that could lead to the diagnosis of a stigmatized mental illness.

Building on social psychological theory, Gratch’s team trained a machine learning algorithm to mimic the verbal and non-verbal habits of non-judgmental listeners. Using a camera and microphone, this social agent also tracked relevant social information from their human partner’s voice, facial expressions, posture, and gestures in real time. A recently replicated study found that, in responding to questions related to symptoms of post-traumatic stress disorder, people disclosed twice as much intimate information to the virtual listener compared to what could be gleaned from an official online disclosure form. 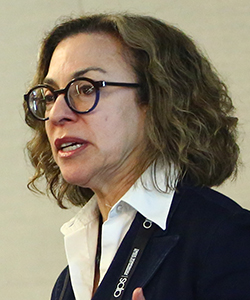 It’s hard to believe that the internet has been in popular use for little more than two decades, psychological scientist Gloria Mark (University of California, Irvine) said. But what does it mean for our lives, and specifically our attention spans, to be immersed in digital media day in and day out?

In a study observing the behavior of information workers, Mark and colleagues found that on the job people had a median attention duration of about 40 seconds. That is, they spent around 40 seconds on any given window on their computer before switching to something else.

Additional work on interruptions suggests that rather than being driven to distraction by external sources such as digital notifications or a busybody colleague, we seem to be conditioned to work with a short attention duration.

“One of the most surprising things about this research,” Mark said, “is that people interrupt themselves almost as much as they get interrupted from external sources.”

It is very true and as an Auditor and Fraud Examiner it is very relevant first to understand the inter relationahip between Technology and psychology of a person that helps at better thinking of fraud preventive methods.