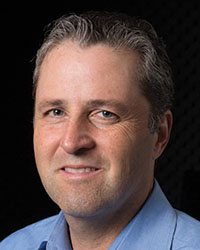 Arturo Hernandez, University of Houston, has been honored by the Alexander von Humboldt Foundation with a Friedrich Wilhelm Bessel Research Award for his research showing how the brain learns and processes language. The award, which is valued at $50,000, recognizes “internationally renowned researchers who completed their doctorates less than 18 years ago and who in [the] future are expected to continue producing cutting-edge achievements which will have a seminal influence on their discipline beyond their immediate field of work.” This funding will allow Hernandez to conduct research in Germany for a year, during which he plans to collaborate with Christian Fiebach, a professor of cognitive neuroscience at Goethe University in Frankfurt, to study cognitive flexibility, the mental ability that allows people to switch between thinking about two different concepts and to think about multiple concepts at the same time.

Hernandez, director of the University of Houston’s Laboratory for the Neural Bases of Bilingualism, has spent the past 15 years investigating how language is taught and learned using both behavioral methods and neuroimaging. His work, which focuses on word-level processing in bilingual speakers, suggests that language learning and development “are a reflection of multiple processes interacting at multiple levels,” according to his website.

Research on language learning could have wide-ranging implications for other subfields of psychological science, believes Hernandez. Specifically, he hopes his contributions could lead to applications for genetics research, people with learning disorders (including people who have problems learning language), and children with language delay (i.e., learning language correctly but at a slower than normal rate) or speech or sound difficulties.

Hernandez is the author of The Bilingual Brain, which examines how technology and new models of language processing and development have changed the science of language research. It also examines the phenomenon of language loss, specifically focusing on how a bilingual individual could “lose” one of his or her native languages and then gain it back without having to relearn it.