Observer > 2014 > July/August > From Principles of Cognitive Science to MOOCs
For more on MOOCs, see video of this symposium and coverage of the earlier Estes Symposium on MOOCs held at the annual Meeting of the Psychonomic Society in November 2013.

“There is no reason anyone would want a computer in their home,” said Ken Olsen in 1977. Olsen founded Digital Equipment Corporation, a major player in the computer industry between the 1960s and 1990s — but even as an expert intimately involved in technology, Olsen couldn’t foresee that in 2014 consumers around the world would want smart machines in their homes and in their pockets, as APS Past President Henry L. Roediger, III, joked during the Psychonomic Society–APS William K. Estes Symposium “From Principles of Cognitive Science to MOOCs.” Chaired this year by APS Fellow Janet Metcalfe of Columbia University, the symposium is an annual event honoring the legacy of the late cognitive psychologist William K. Estes, founding editor of APS’s flagship journal Psychological Science. Estes was also a founding member of the Psychonomic Society. 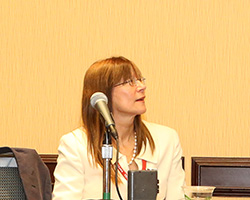 Speakers addressed the difficulties of harnessing current technology to enhance learning, a challenge with which APS William James Fellow Richard C. Atkinson, president emeritus at the University of California, became intimately familiar in 1962. In that year, Atkinson and APS William James Fellow Patrick Suppes — collaborators whom William Estes had introduced to each other — received a grant from the Carnegie Foundation to develop a computer-based program for teaching reading and math to K–3 students.

From its humble beginnings in a trailer behind a local elementary school, the project evolved with technology to become the global learning enterprise Computer Curriculum Corporation, Inc., now a part of Pearson Education. (Atkinson told the audience that Estes participated in early computer-based learning experiments as both an advisor and a subject: After completing Suppes’s computer-based Russian language program, Estes was actually able to present a paper in Russian at the 1966 International Congress of Psychology in Moscow.) 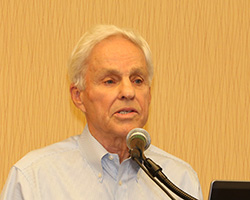 A key to Atkinson and Suppes’s success was the individualization of their courses. Atkinson was quick to point out that this individualization was not the same as what passes for personalization in many of today’s online courses. Instead, Atkinson and Suppes sought to individualize instruction by employing the principles of control theory — an approach that applies mathematical models to complex systems, identifying the appropriate sequence of instruction based on each student’s past performance for optimal results.

With regard to the recent invention of Massive Open Online Courses, or MOOCs (free online courses open to huge numbers of people), Atkinson says, “My argument through all of this would be, what’s key to the future is being able to individualize the instructional process — and that, to do well, requires a sophisticated psychological theory.” He worries that many of the personalization techniques built into today’s MOOCs are not nuanced enough to be useful. 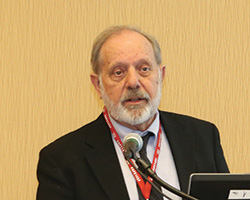 APS Past President Robert A. Bjork of the University of California, Los Angeles, is concerned about overcoming a different obstacle related to MOOCs. His presentation focused on the fact that conditions he has labeled “desirable difficulties” — which have been shown to enhance long-term learning — may be viewed as far from desirable by students because they can pose challenges and slow the rate of apparent progress during instruction.

Desirable difficulties include testing students rather than presenting information again, and spacing, rather than massing, instruction on separate topics. Bjork emphasized that Estes, as far back as the 1950s and 1960s, made foundational contributions to our understanding of the dynamics of testing and spacing. In collaboration with APS Fellow Chizuko Izawa, for example, Estes was able to demonstrate that testing had both direct benefits (i.e., prevents learners from forgetting the material) and indirect benefits (i.e., enhances the effectiveness of subsequent study opportunities). Importantly, however, by using a paired-associates learning task, Izawa and Estes found that although testing enhanced long-term recall more effectively than restudying did, it led to lower performance on early trials.

“There’s an important dimension of MOOCs that’s relevant here,” Bjork said. “They’re free, but they also have the property that you can just quit.” He worries that if MOOCs incorporate desirable difficulties — such as frequent testing, spacing or alternating instruction on separate topics, and varying the conditions of learning rather than keeping them constant and predictable —  many students will quit in frustration when they perform poorly on early assessments, perhaps even blaming instructors for the apparent inadequacy of the course design. Instructors who teach according to best scientific practices may be punished on teaching evaluations by students who drop out early in the courses, before the benefits of introducing desirable difficulties become apparent. 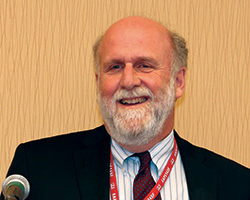 APS Fellow Daniel Schacter of Harvard University reinforced the point that learners often misjudge their own progress. When he and colleague Karl Szpunar asked two groups of study participants to watch an online statistics lecture and then predict their own performance on a final assessment, they found that the group required to take a test at the end of each learning segment achieved an average score of 75% on a final exam. The other group, for whom the frequent tests were replaced with extra practice problems, earned an average score of only 45% on the same final exam. Yet both groups predicted that their percentage scores on the final would fall in the high 70s.

“If we think we have learned material well even though we haven’t, then this overconfidence could lead us to stop studying with detrimental effects on subsequent learning,” Schacter told the audience. “And we think this might be especially relevant to online learning — learning from video-recorded lectures — because in these contexts, learning is heavily self-regulated with minimal supervision.” In fact, Schacter said some studies suggest that learners overestimate their retention of video lectures to a particularly high degree. He believes that frequent tests should be seen as a tool to keep students engaged and help them measure their progress realistically.

It’s too early to tell whether MOOCs will become an instrumental force in higher education; if they do, instructors may have time to work out some of the kinks discussed during the symposium. In Roediger’s experience, university faculty and students are somewhat reluctant to embrace online learning. 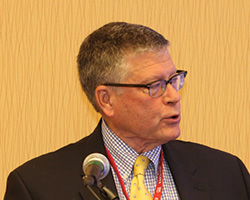 At Washington University in St. Louis, Roediger was instrumental in the trial of a carefully crafted online learning program called Semester Online that involved an elite, 10-school consortium. Partnering with a for-profit company called 2U, the schools worked together to share unique, high-quality undergraduate courses. (For example, students at all 10 schools could benefit from a class on the history of baseball from Emory University and a class on Irish history from Trinity College Dublin.) The classes included both asynchronous (that is, watch any time) lectures and discussion sections in which students interacted with one another and the instructor in synchronous (live) groups online. Early evaluations of student learning conducted by APS Fellow Mark McDaniel of Washington University were promising.

The consortium crumbled when faculty at Washington University voted the program down for various reasons including job security. Invested as he was in the program, Roediger isn’t convinced that it would have taken off, even were the faculty to have cooperated.

“The students did not sign up in droves,” he said. “They preferred to go in the classroom.”

But history shows that preference may change. In an increasingly digital world, students of the future may demand university lectures that they can access in their own homes — and even carry in their pockets.

Observer > 2014 > July/August > From Principles of Cognitive Science to MOOCs