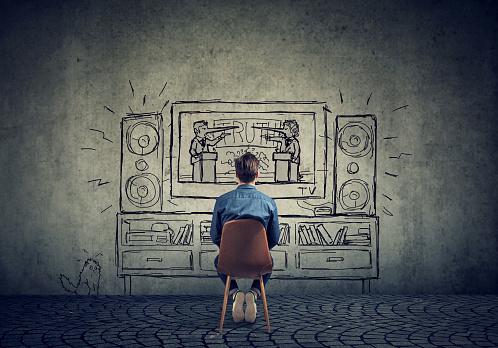 The theme of misinformation for this issue of the Observer is timely considering the massive impact misinformation has had on the global response to the COVID-19 pandemic. Through a variety of efforts—including the APS COVID-19 global initiative, sessions at the annual convention, and a soon-to-be published white paper for policymakers, the scientific community, the media, and the public—APS and its members are researching and combating misinformation. Not to be overlooked is what I consider misinformation’s evil twin, disinformation.

Misinformation can be benign or malignant

When people spread misinformation, they may believe they are communicating information that is factual or at least contains a kernel of truth. That sort of misinformation may be relatively harmless. For example, although driving barefoot in the United States is not illegal, many people believe that it is. No harm is done by retweeting a warning to drivers to put on their shoes.

Other forms of misinformation can be dangerous and even deadly. Throughout the COVID-19 pandemic, wave after wave of misinformation related to virtually all aspects of public health has had serious and often fatal consequences. In November 2021, a Kaiser Family Foundation report showed that 78% of U.S. adults either believed or were unsure of at least one of eight false statements about COVID-19.

With time and effort, psychological science can improve efforts to debunk false claims and advance public understanding of the safety and efficacy of vaccines and other public health measures.

At the time of writing this column, Russian forces continue their invasion of Ukraine. Early reports tell of catastrophic damage, loss of life, untold hardships, and heroic efforts by Ukrainian people rallying to defend their homes. The aptly named “fog of war” has created the ideal breeding ground for misinformation, making accurate assessments difficult. Was the so-called Ghost of Kyiv (a supposed flying ace credited with downing six Russian planes on the first day of the Kyiv offensive) an actual person or a mythical folk hero? How successful was the early opposition? Was Russia truly as ill-prepared as it initially appeared to be?

Unanswered questions like these are to be expected, and the true nature of the war may not be known for many months or years.

Making the task of telling fact from fancy more difficult is the more deliberate and malicious flow of disinformation from the Kremlin and its allies. In times of war, disinformation is an integral part of the overall campaign.

In the case of Ukraine, official Russian news sources and social media agents are coordinating messages and tactics to suppress facts and weaponize falsehoods. The aim of this disinformation campaign is to bolster support for invasion, quash dissent at home, and recast the narrative so the victims become aggressors and the invaders become liberating heroes.

Unlike misinformation, which often arises from grassroots opinions and ideas, disinformation is imposed by higher sources and carries an official imprimatur. This is part of its insidious power. Within the tightly controlled information sphere of totalitarian states like Russia, it is impossible to debunk disinformation or offer factual counterpoints.

Under such circumstances, disinformation can become the only form of information.

Eventually, when international news sources are more available in Russia, global communicators would be well-served to reference the resources provided by APS as they begin the laborious task of countering misinformation. We are hopeful that the research and tools we are assembling will help restore a more balanced narrative and undo the damage that both misinformation and disinformation have wrought.

Feedback on this article? Email apsobserver@psychologicalscience.org or add a comment.

I think of disinformation as fake news- stories created out of whole cloth intended to deceive. I think of misinformation as false news- stories intended to inform readers but which are inaccurate, incomplete, or just plain wrong. While disinformation is perhaps more damaging, it is easier to uncover. News that is false often passes as accepted gospel. An example of false news is the way in which suicides among populations are typically reported. When I lived in France, the media seized on a story about a supposed suicide cluster that had arisen at a large company there, France Telecom. It turned out that the number of suicides at the company during the six-month media frenzy was in-line with national averages. A similar story became big news in China when I lived there regarding a supposed spate of suicides at Foxconn, a large tech manufacturer. In that case, the suicide rate, based on the respective percentages of workers at the plant and the country’s population, was actually low. The problem with these stories is they can result in bad policy. In the case of France Telecom, officials from the company were jailed. At Foxconn, the company spent money to install suicide nets around the buildings and set up catharsis rooms, where employees could go to supposedly relieve anxiety by attacking objects, a treatment psychology has learned doesn’t relieve stress but increases it. For more recent examples of false news about suicides, consider stories about the supposed rise in suicides brought about by covid isolation reported by some countries- including the one where I live now, Thailand. A New York Times investigation revealed that across the board there was insufficient evidence to conclude that the covid outbreak had resulted in an increase in suicides.