When Jo Ann Gardner and Charles Thomas sat down with Psychology Today editor T. George Harris in 1970, the historical backdrop was the rapid social and political transformations rocking American culture. Academic psychology was not immune. Historian Alexandra Rutherford describes how the 1969 American Psychological Association (APA) convention, organized around the theme of “Psychology and the Problems of Society,” became a forum for the concerns of women and African American psychologists (2006). Notably, members of the new Black Student Psychological Association stormed the stage at George Miller’s Presidential address, and many symposia diverged from their scheduled topics to take up heated discussions of sexism within the discipline and in APA (Tiefer, 1991). 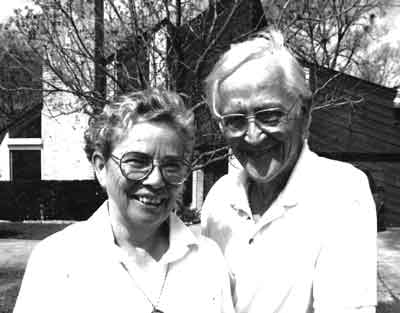 Jo Ann Evans Gardner (left), pictured with her husband, Gerald Gardner, was instrumental in founding the Association of Women in Psychology in 1969.

Within this context, Gardner and Thomas emerged as key leaders in the struggle to hold psychology intellectually and institutionally accountable to the experiences and political concerns of women and African Americans. Gardner (1925–2010), who used the consolidated name Evansgardner because standard forms would not accommodate the hyphen (Rodgers, 2010), was a longtime feminist and environmental activist (Clark, 2010). She was instrumental in founding the Association of Women in Psychology in 1969 (AWP; Tiefer, 1991) and became its first spokeswoman (Rutherford, 2006). Those who knew her recall her tremendous energy and generous mentoring, accompanied by fearlessness belied by her petite physical stature (Clark, 2010). Thomas (1926–1990), whom the Black Student Psychological Association dubbed the “Father of Black Psychology,” was a founder of the Association of Black Psychologists in 1968 (ABPsi; Guthrie, 1992). His scholarship challenged deficit models of Black psychology (Karenga, 1993), offering alternative frameworks of Afrocentrism and Nigrescence which emphasized positive aspects of Black experience (Guthrie, 1992). Well known for his deep and resonant voice, a former student recalled telling him, “If I had that voice, I would rule the world.” Thomas replied: “I have no interest in ruling the world, only in healing it” (Granberry, 1990). Despite the differences that surface in their conversation, Thomas and Gardner agreed on the extent to which the social movements of the era transformed their personal identities and political commitments. 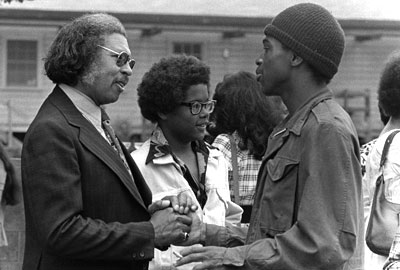 Reading this conversation more than 40 years after it took place, the dialogue seems highly emblematic of the era, while at the same time the issues they engaged very much persist. The participants expressed their positions with a degree of emotion and frankness that gives today’s reader a jolt. Thomas’s outright dismissal of the women’s movement, and the expletives Gardner uses to express her frustration with Thomas’s positions are bracing in light of current norms for academic discourse. Yet the substance of their debate resounds. Despite continued calls for the centrality of structural variables to excellence in psychological science (see, e.g., Cole & Stewart, 2001), on the whole, psychology as a discipline has yet to give full consideration and theorization to gender and race, and even less to social class and sexual orientation.

In a recent paper in Psychology of Women Quarterly, Lilia Cortina, Nicola Curtin and Abigail Stewart (2012) report on a content analysis of recent articles (2005–2006) published in journals within one subfield of psychology, personality, to examine the extent to which psychologists attend to structural variables such as race, gender and class. Mainstream journals regularly report the gender of research participants (more than 90 percent of papers sampled did so), yet less often report participants’ race (which appeared in 30–49 percent of papers, depending on the journal). Disturbingly, inclusion of race or gender beyond their use as control variables was scarce: less than 10 percent of the papers theorized gender (i.e., included gender in the theoretical framework, hypotheses, analyses, or discussion of results), and less than 5 percent  theorized race. There was even less attention, and less theorized attention, to the structural categories of social class and sexual orientation. These findings suggest that psychology has made little progress toward Charles Thomas’s vision that social scientists should come to see themselves as servants of the communities most affected by structural inequities.

In the interview, Gardner and Thomas both describe their lifelong commitment to working to better life chances and choices for those who have long been silenced, disempowered, and stigmatized within both academic psychology and American society at large. Thus it is disappointing to observe the ways their analyses attempt to claim primacy for one type of subjugation over all others, a rhetorical move that Ange-Marie Hancock (2011) describes as a counter-productive “oppression olympics.” In doing so, both Gardner and Thomas attempt to subsume the interests of Black women under the identity category of which the speaker is, presumably, the exemplar: Thomas claims it is the duty of Black women to make every sacrifice to support their men, while Gardner acknowledges the “two strikes” of discrimination faced by Black women, even as she sometimes appropriates the special concerns of Black women as justification for the demands of the women’s movement in general. In these exchanges, the voices of Black women are strikingly absent.

Today psychology continues to fall short of addressing the experiences and concerns of those, like Black women, who face more than one type of group-based social stigma. Cortina, Curtin, and Stewart (2012) demonstrate this gap as well through their content analysis of specialty journals focused on race and gender; recent articles published in gender-focused journals rarely theorize race (from 1 to 21 percent, depending on the journal) and research in race/ethnicity-focused journals rarely theorizes gender (2–16 percent). Thus, despite the remarkable growth of vibrant scholarly journals addressing the very concerns named by Gardner and Thomas, those whose lives are lived at the intersection still are all too often overlooked.

If attention to gender, race, and their intersection has not become normative in the 40 years since the dialogue between Gardner and Thomas, what has changed is that since the late 1980s there has been an upsurge of research in psychology and other social sciences, led largely by women of color, considering how social categories of identity, difference and disadvantage are separately and jointly associated with important life chances and outcomes. Such questions may be understood within the framework of intersectionality, which feminist and critical race theorists developed to describe analytic approaches that consider the meaning and consequences of multiple categories of social group membership (Cole, 2009). This framework has facilitated our ability to recognize and empirically address many of the questions and omissions that reverberate through the dialogue between Gardner and Thomas: How do the “two strikes” against Black women shape their experiences in homes and workplaces? With whom should Black women align themselves politically and how do they work in coalition for social change? A special issue of Sex Roles appeared in September 2008, showcasing exemplary empirical work addressing these and other questions framed by intersectionality. Such work suggests that in order to transcend the “oppression olympics” we need more nuanced understandings of the ways that structural systems of inequality are not competing, but interlocking. Reading this interview with Gardner and Thomas is an opportunity to reflect both on the roots of this line of inquiry within psychological science, and on the challenging path that lies ahead.

I can recall from childhood hearing my hearing my uncle Bill, (to the family he was called by his middle name William, as my grandfather was Charles) I am so glad to see that the organization that my uncle, the late Dr. Charles W. Thomas, II is still in existence.

I am also glad that his influence is still evident. I was not one of his student. However, his wife, Dr. Shirley Thomas was my professor and mentor. He was very responsive to her students as well. She passed a couple of years before his death. At my graduation because I was an honor graduate, I was allowed to announce my mentor during the ceremony. Because I named her as my mentor at my graduation, Dr. Charles W. Thomas II graciously, stood in her place. It was a very proud moment in my life. I still miss them both very much.

Elizabeth R. Cole is a professor of psychology, women’s studies, and AfroAmerican and African Studies at the University of Michigan, and chair of the Women’s Studies Department. Her research uses qualitative and quantitative methods to explore the social construction of categories including gender, race, and social class. Cole can be reached at ecole@umich.edu.