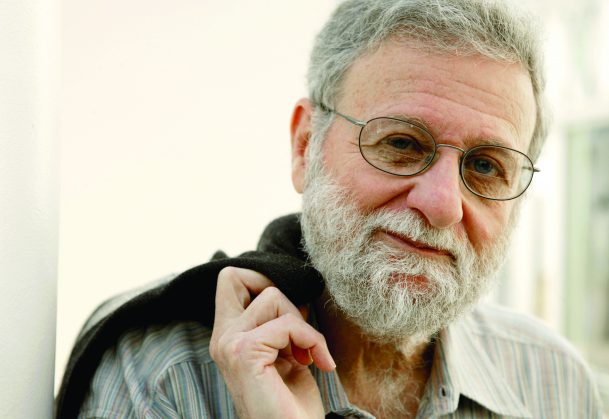 APS Fellow Donald A. Norman may be one of the few psychological scientists whose career has included an examination of a nuclear power accident.

In 1979, Norman and some colleagues “got called in to the Three-Mile Island Nuclear Power disaster [a partial nuclear reactor meltdown in Pennsylvania] to see where operators went wrong,” he recalled. “We decided that the operators had done nothing wrong, but rather that the machinery was designed as if its purpose was to cause people to err.”

In fact, Norman, who studied and taught applied psychology — focusing on subjects such as human memory and error as well as problem solving — at the University of California, San Diego (UC San Diego) psychology department for 27 years, has almost invariably found that, when machinery fails, what seem like human errors are actually issues caused by badly designed systems.

As the systems used by humans have become increasingly sophisticated, the technology revolution in Silicon Valley has provided burgeoning opportunities for psychological scientists, including Norman’s students, many of whom have found jobs there after graduating. Norman, too, has found his interest piqued by the rapid advances in technology. Eager to pursue more hands-on fieldwork, Norman took an early retirement in 1993, went to work for Apple, and eventually became vice president of advanced technology there, discovering first hand how different the worlds of academia and private-sector business can be.

“Computers in those days were very difficult to use. [At UC San Diego], we took psychological principles and applied them to the design of complex equipment, [but] I became more and more interested in actually doing it rather than writing and studying it,” Norman said.

“What I learned [at Apple], it was really a revelation,” he added. “When you are an academic, you think you understand how psychological principles should be applied, but when you are in the world of business trying to apply them, you realize the limitations of your knowledge. I discovered what I did not know.”

Working at Apple, Norman and his colleagues contributed to the development of a new field that has since come to be viewed as an integral component of systems development: human–computer interaction.

“Design is really a way of thinking, and human-centered design provides a focus on the people who use the product or service,” Norman said. “Over the years, we learned to start with deep observation of people in their natural environment, followed by an iterative cycle of ideation, prototyping, and testing. Design practiced in this fashion is really applied psychology.” At first, the field comprised both psychologists and computer scientists, but Norman says the number of psychological scientists has dwindled drastically since then.

“Psychology permeates the way we do things, especially how we interact with the world and the objects within it,” he added. “But we no longer find psychologists doing these things, and that’s a shame, because this forces engineers and traditionally trained designers to use amateur, folk psychology to develop their products. It’s very distressing that psychologists have given up on this wonderful opportunity.”

Norman said the technology sector is where there are jobs and research grants from industry and funding bodies such as the National Science Foundation. “Why psychologists have dropped out is a great puzzle,” he added. “Moreover, this field is not just about computers; it is about all technology from automated cars to entertainment systems, from industry to the home kitchen. This is where theory meets the real world.”

At the same time, Norman suggested that psychological scientists don’t necessarily need to choose one path over the other, but could — and should — move between different sectors. This would allow them to keep their research skills sharp while also looking for ways to practically implement their findings.

“The most rewarding activity is to go back and forth between investigation and development of products and laboratory research,” he said. “The combination is powerful. I have been arguing strongly that more and more of our professionals ought to spend some time in industry. When you try to apply the knowledge, you discover application drives theory, and theory advances application. But the applications have to be real: studied in the real world, with real people in real situations. Simple laboratory experiments allow for great control, but they are so unrealistic that industry professionals completely ignore them.” Norman’s book, The Design of Everyday Things, originally written in 1988 and revised in 2014, shows how psychological principles can be applied to the world of design.

It is important for psychological scientists to continue to move beyond the realms of classrooms and laboratories because the work they do has practical implications, Norman said. Academics “value pure science over applied science, theory over application, and lab experiments over real objects and real people in real situations. The world needs to understand how people really behave.”

Norman believes this is particularly salient when it comes to the exponentially growing world of technology, where creating user-friendly products is paramount: “In order to build good technology, we must understand both technology and people. I can see that the products I’ve worked on are used by people, and it really makes a difference in people’s lives.”

Norman is still practicing what he preaches. Even though he has retired twice (he is Professor Emeritus at both UC San Diego and Northwestern), San Diego called him back, so he is now directing the newly formed Design Lab, which he hopes to turn into the world center for the study of human-centered design thinking directed toward complex sociotechnical systems. His first challenges? Automated driving and medical care.

I agree with with Don. Many of the technologies we see today have as their goal a psychological outcome (analysis,decision,social interaction) and are designed by, as Don says “folk-psychology”. They essentially implement bad science on a grand scale.

I’m an APS member who has worked in HCI and visual analytics as a researcher and conference steering committee member. I’ve found that the IEEE and ACM folks are open to working with us, but not enough of us are aware of the opportunity.

I think that APS should take an active role in advocating for psychological science in this area as well as more familiar low-tech applications.

This is a great article. Psychology as a discipline has indeed largely given up on design, but many who are trained in psychology are part of the discipline and profession of human factors and ergonomics (HFE).

HFE practitioners in industry and academia, do focus on “the real world, with real people in real situations”. As per the International Ergonomics Association, “Practitioners of ergonomics and ergonomists contribute to the design and evaluation of tasks, jobs, products, environments and systems in order to make them compatible with the needs, abilities and limitations of people.”

In many industries – from high hazard to consumer products and services – psychological principles are being applied by thousands of practitioners, but within a broader systems framework. The emphasis is not on the individual or even the group, but on socio-technical interactions among humans and other elements of a system. This systems approach helps to improve human wellbeing and overall system performance, and is becoming ever more important in a fast changing world.