Observer > 2021 > May/June > Missing the Crowd for the Faces: The Crowd-Emotion-Amplification Effect 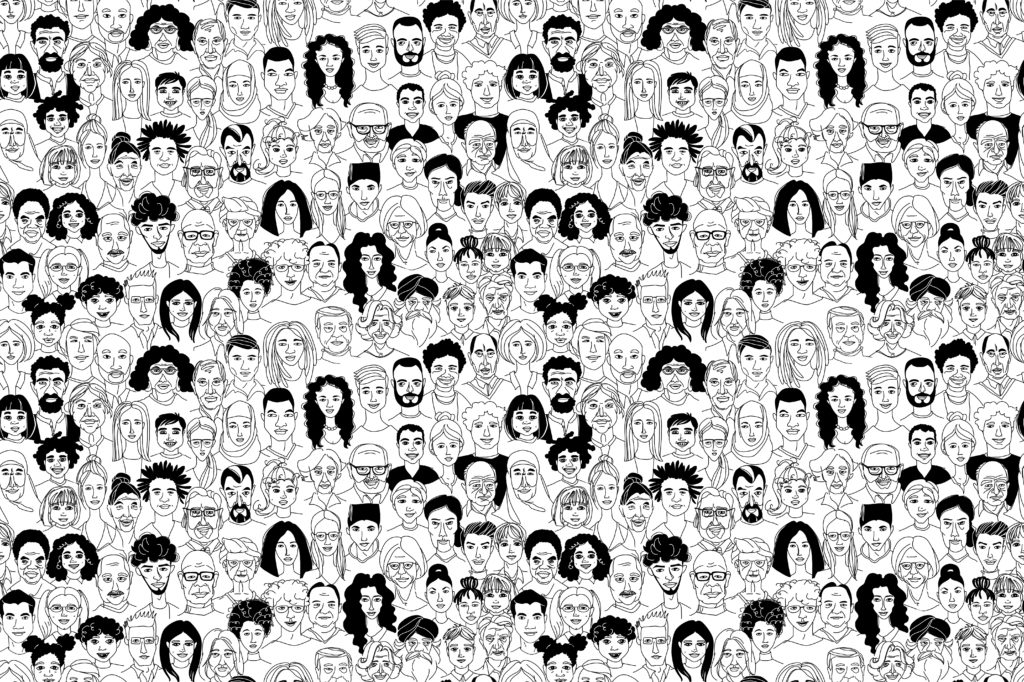 Research indicates that individuals tend to focus their attention on the faces that exhibit the most extreme emotions, leading them to overestimate the crowd’s actual emotional state. These findings have implications for public speaking as well as for controlling crowd demonstrations, among other tasks that require taking the temperature of a crowd.

In a recent article in Psychological Science, Amit Goldenberg, Erika Weisz, and Mina Cikara of Harvard University, Timothy D. Sweeny of the University of Denver, and James J. Gross of Stanford University used three preregistered experiments to examine how people perceive the emotions of crowds.

In the first experiment, 50 participants estimated the mean emotion displayed in sets of 1 to 12 faces. Each of the sets appeared on a screen for 1 second. The faces expressed emotions of different intensities on a neutral-to-angry or a neutral-to-happy continuum. The researchers found that the mean crowd emotion estimated by participants was higher than the actual mean crowd emotion, and the level of participants’ over-
estimation increased with the number of faces in the crowd. In addition, the amplification of emotion was stronger for crowds expressing anger than for those expressing happiness.

In a second experiment, the researchers manipulated the amount of time different participants were exposed to the faces—1, 1.4, or 1.8 seconds—and found that longer exposures appeared to increase the emotion-amplification effect, rather than making participants’ perceptions more accurate, as one might expect.

These findings indicate that individuals tend to spend more time looking at the more emotional faces in a crowd, which can lead them to overestimate the crowd’s emotions, especially when the crowd is large or expressing negative emotions. The researchers noted that “these studies leave open several questions regarding how amplification is translated to perception and behavior outside the lab” and said further work should examine the amplification effect in more naturalistic settings, such as workplaces and political demonstrations, and test how different emotional distributions affect it.

“This happens when people talk in front of an audience or pitch an idea to a team and need to estimate engagement and interest. It also happens when observers evaluate whether a demonstration has gone too far, whether these observers are bystanders or police officers who need to make a decision on whether to intervene,” Goldenberg and colleagues wrote.

Observer > 2021 > May/June > Missing the Crowd for the Faces: The Crowd-Emotion-Amplification Effect