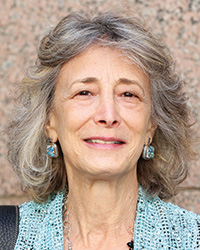 Psychiatry, the “branch of medicine concerned with the causes, diagnosis, treatment, and prevention of mental illness” (Oxford English Dictionary: www.oxforddictionaries.com/us), owes enormous debts to psychology, “the branch of science that deals with the (human or animal) mind as an entity and in its relationship to the body and to the environmental or social context, based on observation of the behaviour of individuals or groups of individuals in particular (ordinary or experimentally controlled) circumstances” (ibid.).

In an obvious sense, “mental illness” and “abnormal psychology” are concerned largely with the same mental and behavioral phenomena. Here, however, we want to take a broader perspective and consider some of the ways in which the whole discipline of psychology in its many aspects has shaped our current understanding of “mental illness.”

The Concept of Mental Illness 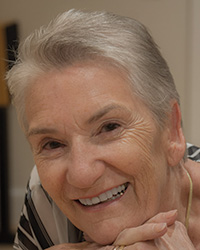 Those of us who have been in and around psychiatry since the early 1980s cannot help remembering all the hoopla surrounding the arrival of the neo-Kraepelinian DSM-III, with its multiplication of categorical diagnoses and “Chinese-menu” style standardized criteria for making them. Many psychologists pointed out that the so-called “medical model” espoused by the DSM-III was neither as well-validated nor as reliable as its proponents sometimes suggested and that, in its categorical approach, it failed adequately to account for the fact that most psychopathology is continuously distributed. The same critiques could be maintained with even greater force against the problematically mutable formulations of the personality disorders in DSM–III, DSM–IIIR, and DSM–IV. How striking it is now to witness the leadership of the National Institute of Mental Health distancing itself from the process of developing DSM–5 and espousing the Research Domain Criteria (RDoC) aimed at developing “for research purposes, new ways of classifying mental disorders based on behavioral dimensions and neurobiological measures” (emphasis added; www.nimh.nih.gov/research-priorities/rdoc/index.shtml). We have even seen the resurrection of all sorts of old cognitive psychological paradigms (e.g., the Stroop test) “in the magnet.” Indeed, the cognitive psychology revolution of the 1960s and ’70s typified by Neisser’s famous first book (1967) is perhaps only now really showing its relevance to psychiatry.

The Measurement of Mental Illness 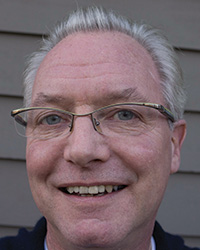 World War II drove a great deal of conceptual and practical progress in the measurement of psychological and behavioral dimensions and skills (much of it funded by the US Navy). Central to this work was the recognition of the need for “operational criteria” for the definition and measurement of psychological constructs. The development of operational criteria for psychiatric disorders soon became a major and repetitive concern of psychiatry (i.e., DSM–III, –IIIR, –IV, and –5). However, psychologists also recognized that criterion-oriented validity “involves the acceptance of a set of operations as an adequate definition of whatever is to be measured” (Bechtoldt, 1959, p. 1245) and developed the concept of “construct validity” to deal with situations where “an investigator believes that no criterion available to him is fully valid, [and] he perforce becomes interested in construct validity because this is the only way to avoid the ‘infinite frustration’ of relating every criterion to some more ultimate standard” (Cronbach & Meehl, 1955, p. 282). Since this is universally the situation in psychiatry, construct validation (whether explicitly recognized as such or not) has become the de facto standard in psychiatry (for example, Spitzer’s Longitudinal, Expert, All-Data [LEAD] standard [Spitzer, 1976]).

More broadly, the procedural and statistical methods of psychological psychometricians have been adopted more or less in toto by a largely uncritical psychiatric audience keen just to be told what type of “reliability coefficient” (or latent-variable approach or mixed-effects generalized linear model) to use. Of course, this is hardly surprising, because PhD psychologists (both clinical and nonclinical) receive quite a lot of explicit training in research methods and statistics, whereas most psychiatrists do not.

The Treatment of Psychiatric Disorders

The last 30 years have seen an explosion of “cognitive-behavioral” therapies of one sort and another. These have deep roots in operant-conditioning approaches to the understanding of behavior on the one hand and humanist psychotherapeutic techniques on the other. It has to be said that clinical psychology, rather than psychiatry, has been the lead discipline in developing most of these therapies. However, this is also an area where cross-fertilization with medical approaches to clinical-trials technology has been of central importance in establishing the efficacy of these treatments both as monotherapies and in combination with medications.

The demise of psychoanalysis as an overarching framework for psychiatry and psychoanalysis’ relegation to a relatively small locker in the therapeutic armamentarium left a big hole in psychiatry’s understanding of human emotional and behavioral development. Thankfully, psychologists had been thinking about and studying development from a range of perspectives throughout that discipline’s history. Much of that material has become incorporated into what is now tantamount to a “standard biopsychosocial consensus” model of human development. There are, of course, enormous disagreements as to details, but it is hard to imagine a psychiatrist or psychologist these days not assenting to the notion that human emotions and behavior in all their normal and abnormal forms are the products of complex multilevel interactions/coactions/interplays among genetic, physiologic, psychological, and environmental factors. Psychiatry has contributed rather little to this standard theory of psychological development, although it must be admitted that the “founding document” of the subdiscipline of developmental psychopathology was a collaborative effort of a psychiatrist and a psychologist (Sroufe & Rutter, 1984). The heavy lifting of documenting the development of perceptual, motor, cognitive, social, and behavioral capabilities and interpersonal variation has been contributed mostly by psychology, and as a field, psychiatry has not yet fully absorbed the implications of key developmental psychological constructs like temperament or attachment, even though physicians were key figures in the earliest stages of their scientific usage.

In summary, we think that modern psychiatry is as indebted to psychology as modern medicine is to physiology. In both cases, the science-based medical discipline simply would not exist without its basic science counterpart. 

E. Jane Costello is a Professor in the Department of Psychiatry and Behavioral Sciences at Duke and Associate Director for Research at Duke’s Center for Child and Family Policy. She is currently directing the 17th annual wave of data collection for the Great Smoky Mountains Study, a longitudinal study of the development of psychiatric and substance abuse disorders.

Adrian Angold received his medical and psychiatric training in England and moved to Duke in 1988 where he and Jane Costello established the Center for Developmental Epidemiology. His particular recent interests have been in psychiatric comorbidity, the effects of puberty on psychopathology, and psychiatric disorders in preschoolers.