Observer > 2015 > September > Being Choosy About Choosing 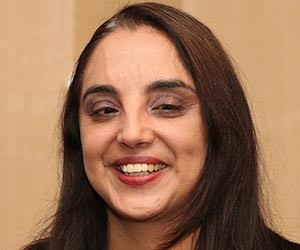 From grocery store shelves to investment offerings, the modern world offers an ever-increasing number of choices — and these options are leading to stress, said Sheena Iyengar of Columbia University at the 2015 APS Annual Convention. In a talk sponsored by the Society for the Teaching of Psychology, Iyengar noted that when there are too many bundles of information to track and compare, making an optimal choice can be computationally overwhelming.

Iyengar opened her talk with a set of assumptions she uses in her research: We all have beliefs about others; we are convinced of our own uniqueness; and we are more alike than we think. She has found that the desire to be true to ourselves and to resist being categorized affects the choices we make.

A 2000 study conducted by behavioral researchers Dan Ariely (Duke University) and Jonathan Levav (Stanford University) showed that participants altered their choices on a restaurant menu according to what people ordered before them. When menu choices were made privately, people were more likely to order the same dish, and they generally were happier with what they ordered. When menu choices were made aloud, those who ordered first where happiest.

The number of options that are available also influences choosing behavior in interesting ways. In a study conducted by Iyengar and Lepper in 2000, participants tasted more samples of jam at a grocery store when there were 24 different kinds to choose from than when there were only 6, but they were more likely to actually purchase jam when only 6 kinds were available. Iyengar found similar effects when investigating choosing behavior in a more significant context: retirement savings (Iyengar & Kamenica, 2010). When participants were presented with a large number of retirement fund options, fewer of them participated in any plan at all. They also were more likely to avoid stocks and make suboptimal investment choices. Similarly, in a speed-dating scenario (Fisman, et al., 2006), the proportion of potential partners that female participants chose to date depended on how many potential partners they met. From a group of 20 potential partners, they selected fewer potential partners than from a group of 10 potential partners, regardless of how well the partners matched their stated preferences.

Although having choices is perceived as a desirable indication of autonomy, Iyengar has found that in some cases, this ability aggravates feelings of emotional distress. In a qualitative study involving parents of babies who had died shortly after birth, she reported that those who had made the decision to discontinue life support (instead of asking medical staff to make the decision) experienced more negative affect and ambivalence about the decision afterwards (Botti, Orfali, & Iyengar, 2009).

Iyengar argues that although the narrative of American culture is one of unlimited choice, we must think of choice as an act of invention and one that needs limits, and we should become more comfortable with the idea of choosing at random or not at all. “We must be choosy about choosing,” she says. In this way, she added, we can make choices that are meaningful and uplifting — and even reflections of our authentic, individual selves.

Observer > 2015 > September > Being Choosy About Choosing