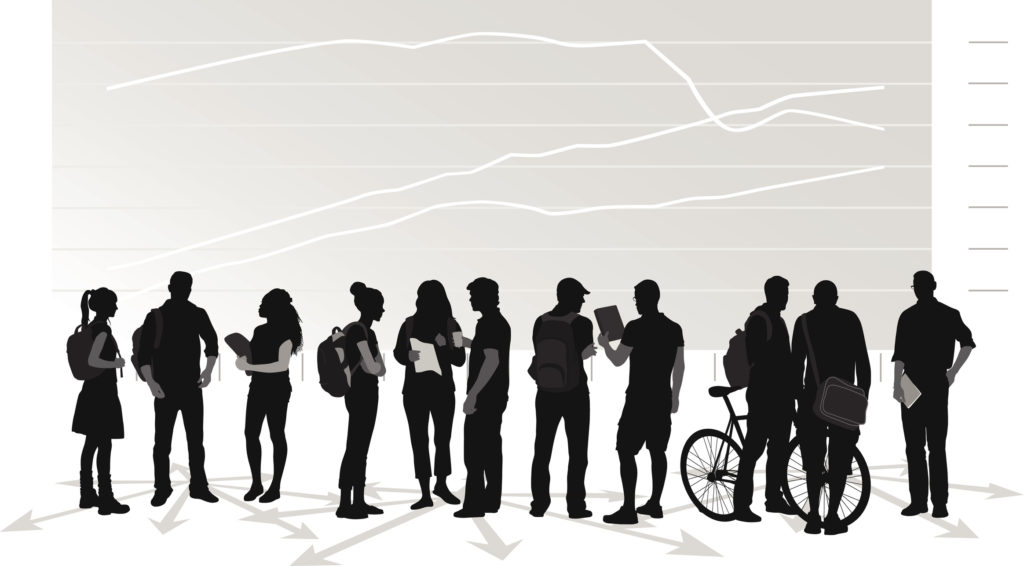 Summary: New research suggests that education provides little to no protection against the onset of cognitive declines later in life. It can, however, boost the cognitive skills people develop earlier in life, pushing back the point at which age-related dementia begins to impact a person’s ability to care for themselves.

A new analysis published in the journal Psychological Science in the Public Interest (PSPI), however, reveals that even though a more extensive formal education forestalls the more obvious signs of age-related cognitive deficits, it does not lessen the rate of aging-related cognitive declines. Instead, people who have gone further in school attain, on average, a higher level of cognitive function in early and middle adult adulthood, so the initial effects of cognitive aging are initially less obvious and the most severe impairments manifest later than they otherwise would have.

“The total amount of formal education that people receive is related to their average levels of cognitive functioning throughout adulthood,” said Elliot M. Tucker-Drob, a researcher with the University of Texas, Austin, and coauthor on the paper. “However, it is not appreciably related to their rates of aging-related cognitive declines.”

This conclusion refutes the long-standing hypothesis that formal education in childhood through early adulthood meaningfully protects against cognitive aging. Instead, the authors conclude that individuals who have gone further in school tend to decline from a higher peak level of cognitive function. They therefore can experience a longer period of cognitive impairment before dropping below what the authors refer to as a “functional threshold,” the point where cognitive decline becomes so obvious that it interferes with daily activities.

“Individuals vary in their rates of aging-related cognitive declines, but these individual differences are not appreciably related to educational attainment,” notes lead author Martin Lövdén, formerly with the Karolinska Institute and Stockholm University in Sweden and now with the University of Gothenburg.

For their study, the researchers examined data from dozens of prior meta-analyses and cohort studies conducted over the past two decades. The new PSPI report evaluates the conclusions from these past studies to better understand how educational attainment affects both the levels of and changes in cognitive function in aging and dementia.

“Individuals vary in their rates of aging-related cognitive declines, but these individual differences are not appreciably related to educational attainment.”

This review highlights the importance of formal education for cognitive development over the course of childhood, adolescence, and early adulthood. According to the researchers, childhood education has important implications for the well-being of individuals and societies not just during the years of employment, but throughout life, including old age. “This message may be particularly relevant as governments decide if, when, and how to reopen schools during the COVID-19 pandemic. Such decisions could have consequences for many decades to come,” said Tucker-Drob.

The authors conclude that improving the conditions that shape development during the first decades of life carries great potential for improving cognitive ability in early adulthood and for reducing public-health burdens related to cognitive aging and dementia.

Published three times per year by the Association for Psychological Science, Psychological Science in the Public Interest (PSPI) is a unique journal featuring comprehensive and compelling reviews of issues that are of direct relevance to the general public. These reviews are written by blue-ribbon teams of specialists representing a range of viewpoints and are intended to assess the current state-of-the-science with regard to the topic. Among other things, PSPI reports have challenged the validity of the Rorschach and other projective tests, have explored opioid addiction, how to keep the aging brain sharp, and have documented problems with the current state of clinical psychology. All PSPI reports are freely available to the public via the APS website. This journal is a member of the Committee on Publication Ethics (COPE).

The open-access article, “Education and Cognitive Functioning Across the Life Span” is available here: