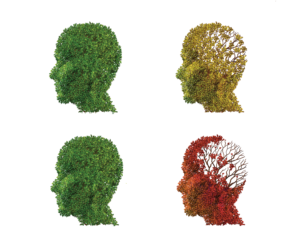 Education appears to affect cognitive ability, but it might not directly attenuate declines in cognition associated with aging. However, education can influence cognitive functioning in the elderly by contributing to enhanced cognitive skills that emerge in early adulthood and persist into older age. Therefore, fostering educational attainment appears to have great potential for improving cognitive ability in early adulthood and reducing public-health burdens related to cognitive aging and dementia.

In this issue of Psychological Science in the Public Interest (Volume 21, Issue 1), Martin Lövdén, Laura Fratiglioni, M. Maria Glymour, Ulman Lindenberger, and Elliot M. Tucker-Drob present a review of the literature on educational attainment’s associations with levels of and changes in cognitive functioning in aging and dementia. By reviewing various studies, including recent analyses of data across multiple longitudinal studies and related meta-analyses, the authors provide a synthesis of education’s role in cognitive functioning across adulthood.

How Do Cognitively Stimulating Activities Affect Cognition and the Brain Throughout Life?

Education and levels of cognitive function

Regardless of the relative importance of each possible causal pathway for the association between education and cognitive abilities, this association is observed throughout adulthood. “Across the entire adult age range, individuals with more education show higher levels of cognitive function than individuals with less education,” Lövdén and colleagues explain. Moreover, this association does not depend on gender, race, society, or birth cohort. The authors also examine possible origins and variables that affect the association between education and adult cognitive functioning. For example, environmental factors (e.g., parental resources, social support, opportunities) and individual characteristics (e.g., personality traits, health, socioemotional skills) may influence and be influenced by educational attainment and cognitive development.

Aging is associated with cognitive declines that are linked to impairments in older adults’ everyday functions. However, individuals differ from one another in their rates of cognitive decline throughout adulthood. Some individuals may present slower declines than others, and some may lose fewer abilities than others. The evidence reviewed in this report indicates that the association between educational attainment and the cognitive changes that occur in late adulthood is small, inconsistent, and has less practical importance than the effects that education has on the overall levels of cognitive functioning throughout life. Nevertheless, education has important implications for cognitive aging. The association between education and levels of cognitive ability is maintained into older age, becoming a source of differences in cognitive functioning among older people. These differences explain why educational attainment is a good predictor of cognitive decline.

In cases of dementia, data on the progression of cognitive impairments before and after the diagnosis are scarce and difficult to interpret. Although some studies indicate a faster deterioration of cognitive abilities among highly educated individuals than among those with fewer years of formal education, this result may be a methodological artifact, Lövdén and colleagues clarify. However, because differences in individuals’ cognitive abilities associated with their formal education influence the ages at which they reach thresholds for cognitive impairments, education is a strong predictor of the age of dementia onset.

Given the present report, Lövdén and colleagues suggest that future research should attempt to identify the mechanisms of cognitive development and educational attainment from childhood throughout early adulthood. Investments during these early periods of life might be associated with higher levels of cognitive ability that, later in life, can provide some protection against cognitive decline. This protection does not mean, however, that “individuals will show less cognitive decline when they are older but because they will be able to afford more decline before reaching a threshold below which they no longer can lead independent lives.”

How do cognitively stimulating activities affect cognition and the brain throughout life?

In an accompanying commentary, Mara Mather (Leonard Davis School of Gerontology and Department of Psychology, University of Southern California) highlights the fact that Lövdén and colleagues’ review heavily weights longitudinal studies that used appropriate statistical approaches. This review showed that the concept of “cognitive reserve” might be inaccurate—benefits from education do not appear to be kept in a reserve to be used later in life but instead influence the level of peak cognitive performance achieved before decline. Mather references a longitudinal study of more than 2,000 older adults, published after the review was conducted, that supports Lövdén and colleagues’ findings. In this study (Wilson et al., 2019), the association between educational attainment and cognitive functioning decreased as age increased, indicating that educational attainment is not associated with the rate of cognitive decline. These findings reinforce the idea that early-life educational opportunities should be fostered but also raise the question of how to enhance older adults’ cognition. Mather points out that many questions remain unanswered about the brain mechanisms involved in the relationship between formal education and peak cognition and subsequent apparent effects on cognitive decline. She suggests that as techniques to examine the brain continue to improve, researchers may gain insight into these processes and use them to improve interventions that enhance cognition throughout adulthood.