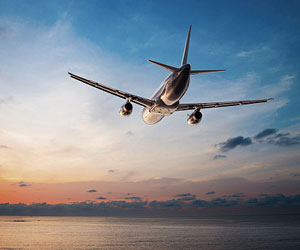 The study is novel, say the researchers at Baycrest Health Sciences in Toronto who conducted the study, because it involves detailed interviews and psychological testing in individuals exposed to the same life-threatening traumatic event. In fact, Margaret McKinnon, first author on the study, was a passenger on the plane.

In late August 2001, Air Transat flight 236 departed Toronto for Lisbon, Portugal with 306 passengers and crew on board. Midway over the Atlantic Ocean, the plane suddenly ran out of fuel. Everyone onboard was instructed to prepare for an ocean ditching, which included a countdown to impact, loss of on-board lighting, and cabin de-pressurization. About 25 minutes into the emergency, the pilot located a small island military base in the Azores and glided the aircraft to a rough landing with no loss of life and few injuries.

“Imagine your worst nightmare — that’s what it was like,” said McKinnon, who initiated the study as a postdoctoral fellow at Baycrest’s Rotman Research Institute. She is now a clinician-scientist at St. Joseph’s Healthcare Hamilton and Associate Co-Chair of Research in the Department of Psychiatry and Behavioural Neurosciences at McMaster University in Hamilton.

“This wasn’t just a close call where your life flashes before your eyes in a split second and then everything is okay,” she said. The sickening feeling of “I’m going to die” lasted an excruciating 30 minutes as the plane’s systems shut down.

Following the incident, McKinnon and her colleagues at Baycrest recruited 15 passengers to participate in the study.

Using their knowledge of the moment-to-moment unfolding of events in this disaster, the researchers were able to probe both the quality and accuracy of passengers’ memories for the flight in great detail along with their memories for two other events (September 11, 2001 and a neutral event from the same time period).

The researchers found that the Flight 236 passengers showed tremendously enhanced vivid memories of the plane emergency. However, neither the vividness nor accuracy of memory was associated with onset of PTSD. Rather, passengers with PTSD recalled a higher number of details external to the main event (i.e. details that were not specific in time, or were repetitions or editorial statements) compared to passengers who did not have PTSD and to healthy controls.

This pattern was observed across all three events tested, not just the traumatic event, suggesting that it is not just memory for the trauma itself that is related to PTSD, but rather how a person processes memory for events in general.

“What our findings show is that it is not what happened but to whom it happened that may determine subsequent onset of PTSD,” said Brian Levine, senior scientist at Baycrest’s Rotman Research Institute and the University of Toronto and senior author of the study.

This inability to shut out external or semantic details when recalling personally-experienced memories is related to mental control over memory recall, adding to a growing body of evidence that altered memory processing may be a vulnerability factor for PTSD.

This research was funded by the Canadian Institutes of Health Research and the National Institute of Mental Health.