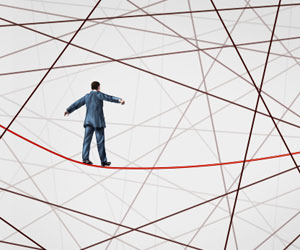 People’s propensity to take physical, social, legal, or financial risks typically decreases as they age, but not in countries with high poverty and income inequality, according to new research published in Psychological Science, a journal of the Association for Psychological Science.

Examining data from 77 countries, researchers from the University of Basel and the Max Planck Institute for Human Development in Berlin found that, in most countries – including Germany, Russia, and the U.S. – the willingness to take risks in an everyday context decreases with age. In these countries, men tend to be much more disposed to take risks than women. But in other countries, such as Nigeria, Mali, and Pakistan, risk behavior is more stable across age and more similar between the sexes.

For their study, the researchers analyzed data from the World Values Survey, an international survey that surveyed the values and views of people from all over the world. They examined 147,118 responses from people aged 15 to 99 who lived in a total of 77 countries. Participants were asked to indicate their propensity towards adventurous and risky activities on a scale of 1 (applies to me very much) and 6 (does not apply to me at all).

After determining that the propensity to take risks does not decrease everywhere equally with age, the researchers compared the current standards of living in these countries, looking at indicators of hardship, for instance, economic and social poverty, homicide rate, income per capita and income inequality. The results indicate a clear connection between the country’s standards of living and its citizens’ willingness to take risks. Whether people are willing to take risks in old age depends on external circumstances.

“One reason could be that citizens of countries in which resources are scarce have to compete with each other more fiercely than in wealthier countries,” says Rui Mata, assistant professor and head of the Center for Cognitive and Decision Sciences at the University of Basel.

This holds true for both men and women and may also account for the smaller differences between the sexes in countries characterized by higher economic hardship.

“The findings highlight the fact that when studying human development, we need to take into account the interactions between humans and their environment,” says Ralph Hertwig, Director of the Center for Adaptive Rationality at the Max Planck Institute for Human Development. “For research on decision making, this means that – unlike what many economists assume – individuals’ risk propensity cannot be considered stable over time,” says Hertwig.

In further investigations, the researchers are using longitudinal data from the German Socio-Economic Panel (SOEP). The goal is to trace age-related changes in risk propensity in different life domains over a time span of up to ten years.

“This will be the first study surveying adults of all ages over a long period of time in order to investigate individual changes in risk disposition. The focus is primarily on the areas of finances, health, career, leisure time and social life,” says Anika Josef, first author of the follow-up study and PhD student at the Center for Adaptive Rationality at the Max Planck Institute for Human Development.

This work was supported by Swiss National Science Foundation Grant 100014-156172.

All materials have been made publicly available via Open Science Framework and can be accessed at https://osf.io/uda75. The complete Open Practices Disclosure for this article can be found at http://pss.sagepub.com/content/by/supplemental-data. This article has received the badge for Open Materials. More information about the Open Practices badges can be found athttps://osf.io/tvyxz/wiki/1.%20View%20the%20Badges/ andhttp://pss.sagepub.com/content/25/1/3.full.

Some People Can Thrive After Depression, Study Finds

We may think of depression as a recurring condition with a gloomy prognosis, but findings from one study indicate that nearly 10% of adults in the United States with major depression were thriving ten years later. The findings suggest that some people with depression experience more than a reduction in depressive symptoms over time – they can achieve optimal psychological well-being.