Women are significantly underrepresented in many science, technology, engineering, and math (STEM) fields, and attempts to understand why have only resulted in disagreement among researchers, the lay public, and policymakers. In a comprehensive new report, an interdisciplinary team of psychological scientists and economists aims to cut through the confusion, synthesizing available research and providing a host of new analyses to identify the factors that drive women’s underrepresentation in STEM. Their analyses show that, despite many differences between the sexes prior to college — reflected in occupational preferences, math ability, cultural attitudes, and amount of AP coursework taken, for example — the playing field eventually levels for women who continue in these fields once they earn their PhD. 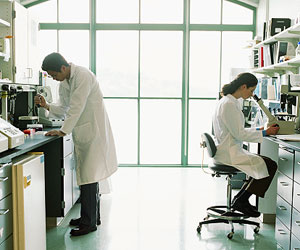 “No single cause or single sweeping statement accurately captures why women are found in short supply in some fields,” says Ceci. “Rather, the causes are complex and involve multiple factors that operate at different stages of the life course.”

As expected, the report shows that women are underrepresented in college majors, graduate school programs, and professional fields that are the most mathematically-intensive, such as geoscience, engineering, economics, mathematics/computer science, and the physical sciences (GEEMP). In 2011, for example, women received only 25% of GEEMP bachelor’s degrees, and women comprise only 25% to 44% of tenure-track assistant professors in GEEMP fields.

Taking a life course perspective, the researchers find that the roots of these disparities have early origins. Gender differences in attitudes toward and expectations about math careers and ability seem to emerge as early as kindergarten and increase thereafter, leading girls to be less likely to major in math-intensive subjects in college and more likely to major in non-math-intensive sciences, such as biology and social sciences. And these disparities only continue on through graduate-level education.

For those women who do receive a PhD in a math-intensive science, however, the playing field actually seems to be level. Women are equally (or more) likely as men to be invited to interview for a tenure-track job or be offered such a job. Women and men receive comparable salaries and show comparable promotion rates, and they have similar journal acceptance rates and grant funding rates. They also show similar levels of persistence and hours worked, and they express similar levels of career satisfaction.

There are some exceptions to these trends, but they are exceptions, not the norm, says Ceci:

“The data show that the biases and barriers that resulted in attrition of women from academic science in the past have largely been surmounted and the causes of modern underrepresentation have changed.  By focusing on historical biases we risk misdirecting resources away from the current causes of women’s underrepresentation.”

Paradoxically, the data suggest that women are actually more likely to leave scientific fields in which they are already well-represented — such as life sciences, psychology, and social sciences (LPS). Women in math-intensive fields — the very fields in which they are most underrepresented — segue from undergraduate to graduate school to tenure-track professorships at rates comparable to men. In contrast, it is in those fields in which women are well-represented, such as LPS, that they tend more to drop out of the pipeline.

“This distinction should change the nature of future research,” says Halpern. “We can no longer talk about gender gaps in science, technology, engineering, and mathematics (STEM fields) as though they are homogeneous across disciplines.”

Thus, increasing women’s representation in academic science not only requires a shift in emphasis toward GEEMP fields in particular, but also a shift away from alleged bias in the academy toward interventions that are targeted at earlier time points in the lives of girls and women.

Such interventions may include programs, beginning as early as elementary school, designed to encourage girls to engage and achieve in GEEMP fields like engineering, computer science, and physics. At the university level, enticing women to switch to GEEMP majors depends on requiring early science coursework, since women switch to GEEMP majors more often than men but only if they have taken introductory science courses early in their college career. And still later, interventions must focus on fostering work-life balance for talented PhDs who are at greater risk of opting out of tenure-track positions.

“Our hope is that this research synthesis, coupled with the numerous new analyses we have provided in this article, will help to redirect the debate toward critical issues that are most important in limiting the careers of women scientists today, and hopefully move closer to solving them,” Ceci, Williams, Ginther, and Kahn write.

The report, “Women in Academic Science: A Changing Landscape,” and the accompanying commentary, “It’s Complicated—In Fact, It’s Complex: Explaining the Gender Gap in Academic Achievement in Science and Mathematics” are available free to the public online.

The researchers discuss the report and its main findings in a video produced by the Cornell Institute for Women in Science.