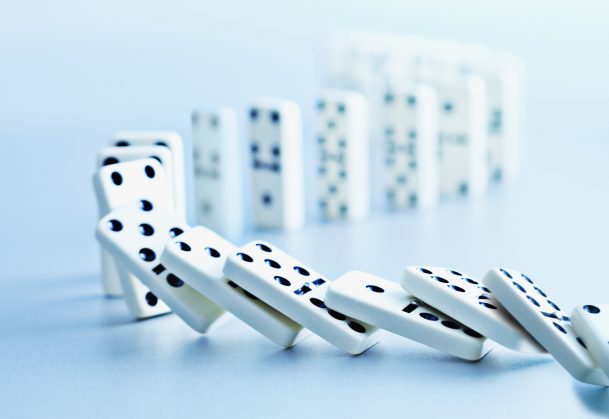 A new study shows that serious illness, struggling to hold down a regular job, and poor social relationships are just some of the adverse outcomes in adulthood faced by those exposed to bullying in childhood.

It has long been acknowledged that bullying at a young age presents a problem for schools, parents and public policy makers alike. Although children spend more time with their peers than their parents, there is relatively little published research on understanding the impact of these interactions on their lives beyond school.

The results of the new study, published in Psychological Science, a journal of the Association for Psychological Science, highlight the extent to which the risk of problems related to health, poverty, and social relationships are heightened by exposure to bullying. The study is notable because it looks into many factors that go beyond health-related outcomes.

Psychological scientists Dieter Wolke of the University of Warwick and William E. Copeland of Duke University Medical Center led the research team, looking beyond the study of victims and investigating the impact on all those affected: the victims, the bullies themselves, and those who fall into both categories, so-called “bully-victims.”

“We cannot continue to dismiss bullying as a harmless, almost inevitable, part of growing up,” says Wolke. “We need to change this mindset and acknowledge this as a serious problem for both the individual and the country as a whole; the effects are long-lasting and significant.”

The ‘bully-victims’ were at greatest risk for health problems in adulthood, over six times more likely to be diagnosed with a serious illness, smoke regularly, or develop a psychiatric disorder compared to those not involved in bullying.

The results show that bully-victims are perhaps the most vulnerable group of all. This group may turn to bullying after being bullied themselves as they may lack the emotional regulation or support required to cope with it.

“In the case of bully-victims, it shows how bullying can spread when left untreated,” Wolke added. “Some interventions are already available in schools but new tools are needed to help health professionals to identify, monitor, and deal with the ill-effects of bullying. The challenge we face now is committing the time and resources to these interventions to try and put an end to bullying.”

All the groups were more than twice as likely to have difficulty in keeping a job, or committing to saving compared to those not involved in bullying. As such, they displayed a higher propensity for being impoverished in young adulthood.

However, the study revealed very few ill effects of being the bully. After accounting for the influence of childhood psychiatric problems and family hardships — which were prevalent among bullies — the act of bullying itself didn’t seem to have a negative impact in adulthood.

“Bullies appear to be children with a prevailing antisocial tendency who know how to get under the skin of others, with bully-victims taking the role of their helpers,” explained Wolke. “It is important to finds ways of removing the need for these children to bully others and, in doing so, protect the many children suffering at the hand of bullies — they are the ones who are hindered later in life.”

Although they showed no real difference in the likelihood of being married or having children, all groups showed signs of having difficulty forming social relationships, particularly when it came to maintaining long term friendships or good ties with parents in adulthood.

The research assessed 1,420 participants four to six times between the ages of 9 and 16 years and adult outcomes between 24-26 years of age.

I would like someone address how to help an Adult who has been bullied as a child overcome the effects it is having on their adult life.