To get the most enjoyment out of our dollar, science tells us to focus our discretionary spending on trips over TVs, on concerts over clothing, since experiences tend to bring more enduring pleasure than do material goods. New research shows that the enjoyment we derive from experiential purchases may begin before we even buy.

This research offers important information for individual consumers those who are trying to “decide on the right mix of material and experiential consumption for maximizing well-being,” says psychology researcher and study author Thomas Gilovich of Cornell University. 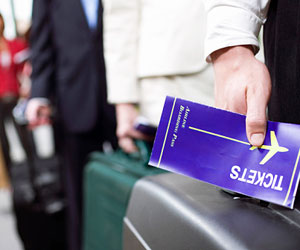 Previously, Gilovich and colleagues had found that people get more retrospective enjoyment and satisfaction from their experiential purchases than their material purchases. And other research has shown that people often hold off on experiences so that they can savor the thought of eventuallyhaving them.

Gilovich and co-authors Amit Kumar of Cornell University and Matthew Killingsworth of University of California, San Francisco wanted to bring these lines of research together and investigate whether the enjoyment we get from the anticipation of a purchase depends on what we’re buying.

In the first study, the researchers assigned 97 college students to think of either an experiential purchase or a material purchase that they intended to make very soon. They then rated whether their anticipation of the purchase was more akin to impatience or excitement, and they also rated the overall pleasantness of their anticipation.

Moment-to-moment data from a large-scale experience-sampling project suggest that these findings bear out in everyday life. The researchers signaled 2,266 adults at random times on their iPhones and found that, overall, participants seemed to be thinking about a future purchase in about 19% of the times they were signaled. Those who reported that they were thinking about making an experiential purchase reported higher levels of happiness at that moment and more pleasantness and excitement in relation to the purchase.

The researchers speculate that there may be several factors that could explain these findings. People may think about future experiences in more abstract ways that can make them seem more significant and more gratifying, for example. It’s also possible that waiting for an experience induces less competition than waiting for material goods. Finally, anticipating experiences may confer greater social benefits, making people feel more connected and happier overall.

The findings have clear implications for individual consumers, but they could also inform the way money is spent on a much broader scale:

“Our research is also important to society because it suggests that overall well-being can be advanced by providing an infrastructure that affords experiences — such as parks, trails, beaches — as much as it does material consumption,” says Gilovich.

This work was supported by a National Science Foundation (NSF) Graduate Fellowship, by NSF Grant SES-0922323, and by a grant from the John Templeton Foundation through the Greater Good Science Center.

All materials have been made publicly available via Open Science Framework and can be accessed at https://osf.io/927ak/. The complete Open Practices Disclosure for this article can be found at http://pss.sagepub.com/content/by/supplemental-data. This article has received the badge for Open Materials. More information about the Open Practices badges can be found at https://osf.io/tvyxz/wiki/view/ and http://pss.sagepub.com/content/25/1/3.full.