Self-control can be difficult — sticking with a diet or trying to focus attention on a boring textbook are hard things to do. Considerable research suggests one potential explanation for this difficulty: Exerting self-control for a long period seems to “deplete” our ability to exert self-control effectively on subsequent tasks. 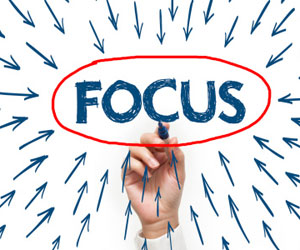 “It is as if self-control is a limited resource that ‘runs out’ if it is used too much,” says lead researcher Chandra Sripada of the University of Michigan. “If we could figure out the brain mechanisms that cause regulatory depletion, then maybe we could find a way to prevent it.”

Previous research has implicated the neurotransmitters dopamine and norepinephrine in regulatory processing. Sripada and University of Michigan collaborators Daniel Kessler and John Jonides decided to see whether manipulating levels of these transmitters might affect regulatory depletion.

The researchers tested 108 adult participants, all of whom took a drug capsule 60 minutes prior to testing. Half of the participants received a capsule that contained methylphenidate, a medication used to treat ADHD that increases brain dopamine and norepinephrine. The other half received a placebo capsule. The study was double-blind, so neither the participants nor the researchers knew at the time of testing who had received which capsule.

The participants then completed a computer-based task in which they were required to press a button when a word containing the letter e appeared on screen. Some were given modified instructions that asked them to refrain from pressing the button if the letter e was next to or one extra letter away from another vowel — this version of the task was designed to tax participants’ self-control.

All of the participants then completed a second computer task aimed at testing their ability to process competing information and exert regulatory control in order to make a correct response.

In line with the researchers’ hypotheses, participants who received the placebo and performed the taxing version of the first task showed greater variability in how quickly they responded in the second task, compared to those whose self-control hadn’t been depleted in the first task.

Sripada and colleagues suggest that methylphenidate may help to boost performance of the specific circuits in the brain’s prefrontal cortex that are normally compromised after sustained exertion of self-control.

This doesn’t mean, however, that those of us looking to boost our self-control should go out and get some Ritalin:

“Methylphenidate is a powerful psychotropic medicine that should only be taken with a prescription,” says Sripada. “We want to use this research to better understand the brain mechanisms that lead to depletion of self-control, and what interventions — pharmacological or behavioral — might prevent this.”

The research was supported by National Institutes of Health Grant K23-AA-020297 and the John Templeton Foundation.