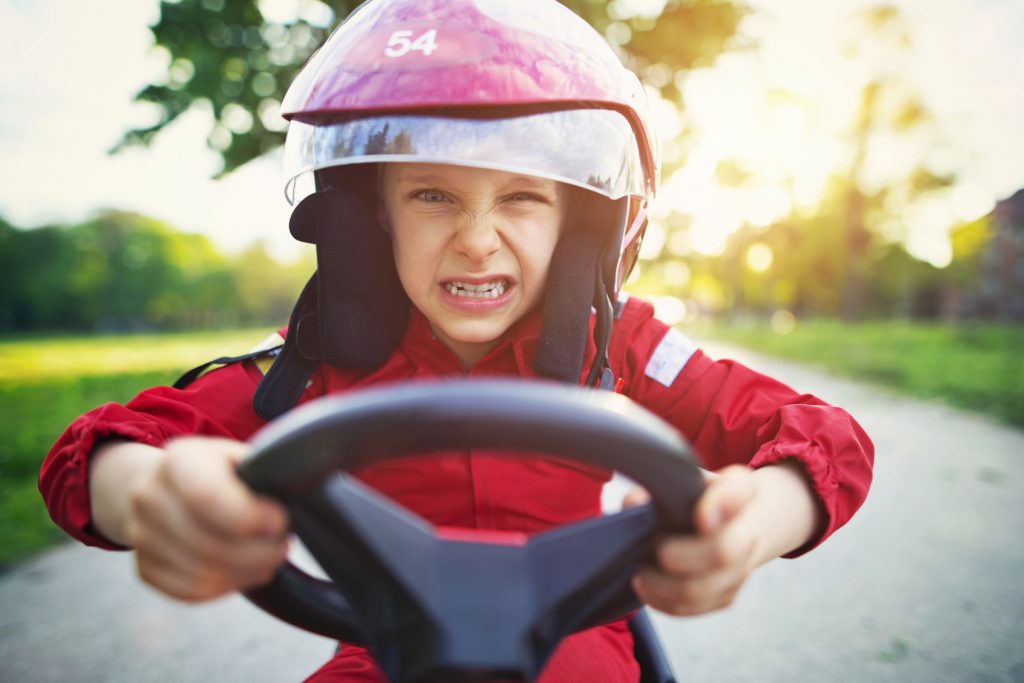 All over the world the advice is pretty much the same: Keep both hands on the steering wheel. Yet, field studies consistently find that drivers don’t follow these recommendations.

In a new field study, Keele University psychological scientist James Hartley found that out of 230 drivers observed, only around 25% were actually using two hands to grasp the wheel at the recommended 9 and 3 o’clock positions (the former 10 and 2 o’clock recommendation was updated due to airbag-related injuries). Over 40% of drivers used just one hand to steer.

“The data show very clearly that few drivers used the recommended position for their hands, and that many more drove with one hand on the wheel,” Hartley writes.

In light of this, Hartley took to the road himself to gather data. Across two small pilot studies, Hartley collected data on steering wheel usage from drivers in the left-hand lane as he passed by them in a high-clearance vehicle. This allowed him to note the type of vehicle – car, van, truck – the gender of the driver, and the position of the driver’s hands on the steering wheel.

Interestingly, evidence from previous research suggests that the way people hold the steering wheel can be a useful proxy for gauging drivers’ perceptions of risk on the road.

In a 2011 field study, psychological scientists Darren Kenneth Walton (University of Canterbury) and Jared Thomas (Opus Central Laboratories) found that when driving conditions were less demanding or were perceived as less risky, drivers were much more likely to use one hand. When conditions were more demanding, they switched to keeping both hands on the wheel.

“Variation in drivers’ hands positions can be illustrated under different levels of driving complexity. In critical driving performance tasks, such as Formula One racing, paddles on the steering wheel are used to change gear so that the driver can maintain both hands on the steering wheel,” the researchers write. “In contrast, in more routine situations drivers may shift a hand off the steering wheel to engage in activities such as eating, drinking or cell phone use.”

Walton and Thomas collected data by observing drivers in Wellington, New Zealand from a van parked on the side of the road at two different sites. At one location, the speed limit was 100 KPH and while the second location had a speed limit of 50 KPH. An Infra-Red Traffic Logger (TIRTL) was used to measure the speed and headway of passing vehicles and information on hand position and gender was also collected.

The results revealed that where drivers placed their hands could predict their speed and headway distance. Specifically, drivers who held the steering wheel in the recommended position also tended to drive more safely in general; they drove at slower speeds and with longer headways. Drivers who didn’t have any hands on the top of the steering wheel were the riskiest, driving at the fastest speeds and with the shortest headways.

“This finding shows that those drivers who arguably need the greatest control of the vehicle, the drivers who are travelling at higher speeds and with shorter headways, are more likely to drive with no hands on the top half of the wheel,” the researchers explain.

“Where it is likely that drivers consciously decide to drive at certain speeds because of direct, external consequences, hands positions changes may reflect a process that is less conscious and indicative of underlying arousal or relaxation levels,” the researchers conclude.

I live in a state that requires a 8 and 4 position on the wheel. My vehicle doesn’t have airbags and it’s a manual transmission. When I tried the 8 and 4 it left my elbows against my ribs making it hard to steer. My steering wheels design also well not allow me to drive at that position. 9 and 4 feels better, I can steer safely.

Hi
Your study confirms what I have studied over a number of years.

To me it is all about domination of the brain, so when both hands are on the steering wheel you have full brain power.

When the left hand is on the steering wheel the right side of the brain is dominant.

When the right hand is on the steering wheel the left side is dominant.

I would be interested to know more about you study and what is behind people changing hand positions.

I have some diagrams on hand positions that I would like to send you, if you could send me your email address.

Thanks for your study