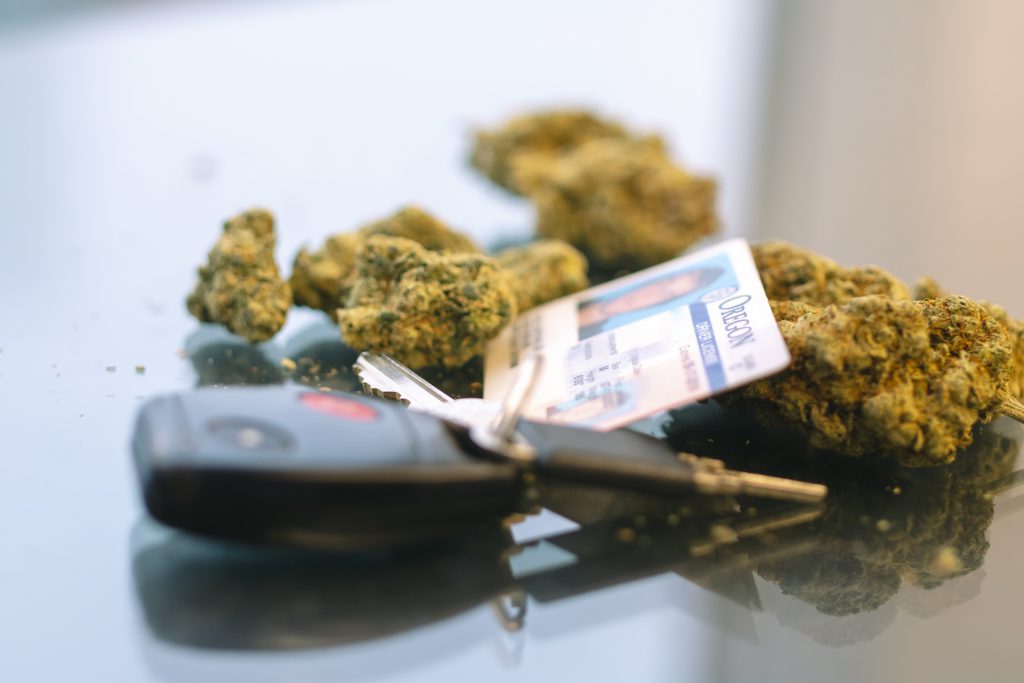 As cannabis restrictions ease across the United States and Canada, behavioral researchers are intensifying their examination of marijuana’s impact on driving and traffic safety. And they’re finding that some drivers have precariously relaxed attitudes about operating a vehicle  while under the influence of cannabis.

Researchers have already documented a variety of social and financial problems associated with chronic marijuana use. In 2016, a team of leading psychological scientists and medical experts studied a cohort of 1,037 New Zealand residents who were followed from birth to age 38. They found that subjects who regularly used or were dependent on marijuana experienced more financial and social mobility issues than non-users. Writing in the journal Clinical Psychological Science, they challenged the popular opinion that alcohol dependence imposes more economic and social costs than heavy cannabis use.

New studies are also showing some evidence of a link between cannabis use and traffic dangers. Scientists from Monash University in Australia recently examined the effect of recreational cannabis sales on traffic fatalities in three US states where it was legalized — Colorado, Washington, and Oregon — and nine neighboring jurisdictions from 2009 to 2016.

The researchers looked at the number of additional deaths each month after legalization, and found an average of one additional traffic fatality per million residents in comparison to states that had not changed their cannabis laws. The increase appears to only have lasted for about a year, but the affected areas encompass 27 million people, suggesting an additional 170 deaths in the first 6 months after legalization alone. They also found the increase spilled over into neighboring states through cross-border sales and trafficking.

Additional research shows that cannabis users tend to underestimate the effects of the drug on their driving ability, scientists and public health officials warn. In a 2017 study in Canada, for example, researchers conducted one-on-one interviews with adults recruited from a remedial program for drivers being sanctioned for impaired driving — mostly due to alcohol use.

The multidisciplinary research team, which included University of Toronto psychological scientist Christine M. Wickens, screened specifically for adults who — separate from the incident that forced them into the remedial program — reported driving within an hour after using cannabis within the previous year. Participants ranged in age from 21 to 53.

Nearly all the participants acknowledge having other transportation options at the time they chose to drive under the influence of cannabis. Their main reason for rejecting those alternatives was convenience — some said public transit or ride-share services would take too much time and money, while others did not want to leave their personal vehicles behind overnight. But the participants generally said they felt no reduction in their driving ability. In fact, some said the drug’s effects made them feel focused and alert, giving them the perception that it had improved their driving. Only a few acknowledged having any difficulty judging their own impairment.

These attitudes and behaviors aren’t isolated to recreational users though. In a survey of 790 Michigan residents taking medical marijuana for chronic pain, more than half reported driving under the influence of cannabis within 2 hours of using it at least once in the previous 6 months. One in five said they’d driven while ‘very high’ during that same time period.

Clinical psychological scientists Erin E. Bonar of the University of Michigan led the study, and warned that people driving under the influence of marijuana may have slower reaction times and reduced coordination, making it harder for them to react to unexpected roadway situations.

“There is a low perceived risk about driving after using marijuana, but we want people to know that they should ideally wait several hours to operate a vehicle after using cannabis, regardless of whether it is for medical use or not,” Bonar said. “The safest strategy is to not drive at all on the day you used marijuana.”

Scientists also have found evidence that people feel comfortable driving with passengers — including children — in their vehicles while high. In a recently published report, researchers shared the results of their roadside survey of more than 2,000 drivers in Washington State in 2014 and 2015, after the sale of recreational cannabis was legalized there.

Researchers asked drivers at stop lights and stop signs if they wanted to volunteer for the study. The experimenters obtained breath, blood, and saliva samples from the volunteers and noted if children were present in the car. They also asked the drivers about their attitudes regarding substance use.

They found that the vast majority of drivers, and all of those with children in the car, were driving without any alcohol-induced impairment. But nearly one in seven of the participants test positive for THC, the principle psychoactive compound in marijuana.

Angela Eichelberger, a social psychologist at the Insurance Institute for Highway Safety, noted that THC in blood and saliva has not been linked to impairment in the same way that alcohol blood content has.

Nonetheless, this and other studies raise questions about the potential for impaired driving among marijuana users, who stand to increase in number as drug laws loosen up nationwide.

A sample of research exploring how trait anxiety relates to attention, how choosing different career paths may shape personality development, and how attentional selection contributes to risky decision making.