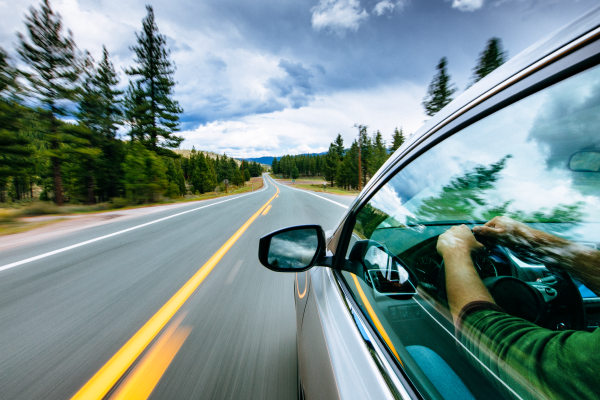 Whether in a driver education class or an empty parking lot, putting in the hours of trial and error necessary to earn a driver’s license is, for many, a right of passage that marks a step from adolescence into adulthood. But while novice drivers of any age may be itching to get out on the open road, they’re also among the most likely to be involved in a crash, with traffic fatalities constituting the leading cause of death for those between the ages of 15 and 29.

“It is widely agreed that it takes time and experience to become a fully safe and competent driver,” writes Chole Robbins and Peter Chapman of the University of Nottingham in Accident Analysis and Prevention. While new drivers must demonstrate they possess the motor skills necessary to control a vehicle during the licensing process, the researchers explain, it can take years for motorists to fully develop the higher-order cognitive processes required to navigate safely — a performance boost that seems to arise in part from learning how to look at the road.

Through a meta-analysis of 18 studies including 318 novice drivers and 320 experienced drivers, Robbins and Chapman found that motorists who had operated a vehicle for 3 or more years scanned a wider swath of the road ahead, allowing them to detect potential hazards in their peripheral vision more effectively.

“Novice drivers [display] a narrower spread of horizontal search compared to more experienced drivers, suggesting that novice drivers do not anticipate and scan for potential hazards to either side of them,” the researchers explain.

The studies employed a variety of methodologies ranging from simple driving simulations where participants passively observed a scene, often with limited peripheral vision, to more immersive simulations and on-road studies that required individuals to actively control a vehicle while accounting for their surroundings. In each case, participants’ eye movements were tracked to measure fixation duration, horizontal spread of search, vertical spread of search, and/or number of fixations throughout the task.

Overall, the researchers found that while “failure to look properly” is one of the most frequent causes of driver error reported by police, the only difference between experienced and inexperienced drivers eye movements that stood up to meta-analysis was drivers’ horizontal spread of search. This suggests that visual training interventions for drivers, which often focus on teaching drivers to look further down the road, might benefit more from increasing the breadth of drivers’ vision, Robbins and Chapman conclude.

Changes in drivers’ eye movements have also been found to contribute to perceptual impairments while driving under the influence of alcohol.

In a study of 15 participants in Psychological Science, Mark Nawrot (North Dakota State University) and colleagues tracked individuals’ eye movements while they completed a series of motion perception tasks both sober and intoxicated. These tasks included matching the depth of visual stimuli, following a dot visually as it moved on screen, and remaining fixated on a target in light and dark conditions. When participants had a blood alcohol concentration level of at least 0.08%, at which point a person is legally considered intoxicated, they also had more difficulty visually pursuing moving objects, which in turn contributed to reduced depth perception.

Eye movements allow drivers to both find and fixate on visual information in the environment, helping them to avoid potential hazards by providing vital information about their direction of travel, Nawrot and colleagues explain.

“Intoxicated drivers may have difficulty determining the relative position of obstacles,” Nawrot and colleagues conclude.

While many motorists may oppose paying a fee to enter the city center now, drivers’ perceptions of the policy are likely to improve once it actually goes into effect.