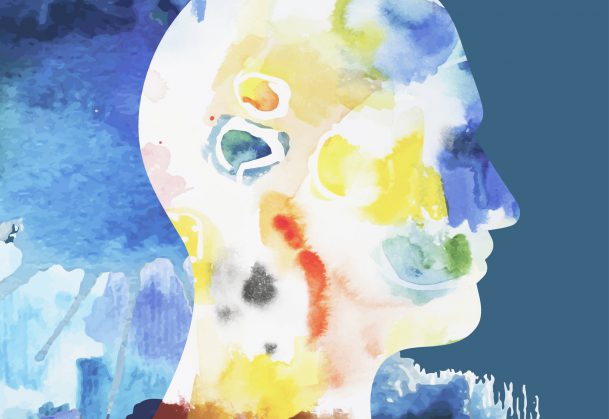 A new study links workplace bullying to negative health outcomes for employees, including increases in long-term sick leave and prescriptions for antidepressants.

Rather than relying on physical threats or violence, workplace bullies are far more likely to turn to emotional attacks to humiliate or undermine their targets. These persistent, negative interactions can lead to severe stress-related health issues, such as depression and anxiety.

Bullying doesn’t just harm the health of individuals, it also hurts productivity. Research suggests that the adverse health effects associated with bullying lead to increases in absenteeism, sick days, and turnover. Research published in Psychological Science found that exposure to bullying in childhood predicted heightened risk of problems related to health, poverty, and social relationships in adulthood. By the time they were in their mid-twenties, people who had been bullied growing up were more than twice as likely to have difficulty in keeping a job compared with peers who had never been bullied.

Their results showed that men and women reported the same types of negative, bullying behavior from coworkers, and similar negative health effects immediately after being exposed to bullying. However, after being bullied, men and women appeared to have very different long-term health outcomes.

There was evidence that bullying had a long-term, negative impact on women’s health: Women’s rate of sickness absence doubled and their use of antidepressant prescriptions increased after experiencing bullying. Men who reported being bullied were twice as likely to leave their jobs as their non-bullied peers, but there wasn’t a significant relationship between bullying and long-term sickness absence or medical treatment.

“For women, we found increases in the use of antidepressant medication in the years after bullying, indicating long-term health consequences of exposure to bullying,” the researchers write. “For men, we found no significant effects on long-term health, although there was some indication that men reported higher levels of presenteeism when exposed to bullying.”

As a part of the 2006 Bullying Cohort Study, a comprehensive survey was emailed to employees of 60 different Danish companies. The questionnaire included questions gauging respondents’ stress, health, sleep, sickness absences, and experience of negative bullying behaviors at work.

In an attempt to obtain more objective measures of bullying, the researchers used a validated assessment that avoided the term “bullying” altogether. Rather than asking participants to self-report their perceptions of whether they had been bullied at work, the Negative Acts Questionnaire-Revised (NAQ-R) asks people to report how frequently they’ve experienced exposure to 21 specific negative actions such as “being humiliated or ridiculed in connection with your work.”

The research team defined an individual as the target of bullying if they had “been subject to a minimum of two negative actions weekly within the past six months.” To qualify as bullying, these negative actions had to take place over a long period of time, and had to have been perpetrated by someone with higher rank and authority.

Approximately 7% of the 3,182 respondents reported a consistent pattern of workplace bullying, similar to previously reported prevalence rates. Men and women largely experienced the same kinds of bullying behaviors at work, but the results suggest that men and women had divergent reactions to bullying. Men who were bullied were more likely than women to go into work even when they were sick, but women were more likely to seek out medical treatment and take medical leave.

“While men display no increase in sickness absence or in consumption of antidepressants, they do appear to be less likely to earn higher wages,” Hogh and colleagues explain. “The results also suggest that men, if bullied, may be more likely to leave the labor force completely.”

Exactly why male and female employees react to bullying different is unclear, and the authors caution that the effects of bullying are difficult to identify and tease apart from other confounding factors. Overall, the results suggest that bullying can have serious consequences for organizations, and managers should implement strategies to reduce or eliminate bullying.

This study reinforces the anecdotal evidence I see all the time in my practice. Sadly, HR rarely intervene on behalf of the target. The bully is often perceived as a high performer even though their contributions are more than offset by the damage caused to other employees. It’s a net loss for the company, but few companies see or measure these outcomes. Thank you for this important work.

The Whitehall Studies supports these findings:

The Nat-Geo special, “Stress-Portrait of a Killer” shares the work of stress and stress related illness, and in this film the findings of the Whitehall Studies are reviewed:

This information in total would validate the value in considering the “Social Determinants of Health” in the workplace, and in terms of public-policy development on-the-whole across society.

“The social determinants of health (SDH) are the social and economic factors that influence people’s health. These are apparent in the living and working conditions that people experience every day. The SDH influence health in many positive and negative ways. Extreme differences in income and wealth, for example, have negative health consequences for those who are living in poverty and these effects are magnified when these people are congregated in poor regions. In contrast, those who are well-off and living in well-off regions have better overall health.”

14 years of intense bullying including vehicle damage (over 5 Grand)I can tell you how I am effected! 200 employees sucked up to this jealous women due to her status and popularity, down to the union reps. I carry anger, resentment, my self worth, esteem, etc. has taken a toll to where I am at a point in my unfortunate retirement, that I do not enjoy daily life! Angry all the time!

Bullying at work is never ever justified or OK. Shame, blame, humiliation and fear are the tools of the terrorist they are in no way the tools of a manager or leader. We urgently need action to weed out the personality disordered individuals with narcissism or psychopathy who bring the targets of blame behaviour they learned in childhood into the workplace. For these types bullying is as necessary as breathing. We need testing at interview as well as medical screening for the warrior gene and an mri scan of pre frontal cortex before people are appointed into high level positions. This can prevent hiring the most dangerous as per the research of Dr Jim Fallon. This would automatically civilise workplaces to some extent. We could bring back the personnel movement to focus on wellbeing of employees instead of HR or “hierarchical resources” which sadly is often forced to serve the will of the most senior person regardless of right or wrong and often with injustice and unecessary further suffering for the target. We can also campaign for changes to policy on bullying to make it trauma aware as mediation for example or telling he bully they are bothering you as per the HR policy is only likely to make the bullying worse. Grievance procedures end up all too often as kangaroo court so we need to focus on prevention and isolation of the aggressors of bullying . Those who have already been targeted will be open to being retraumatised so they need support bot a well intentioned but medically ill informed talk on interpersonal skills or buttering up the bully. Too many organisations hide from the damage bullies cause and it’s high time they read the psychological psychiatric and neurological evidence to develop genuine ways to combat bullying.

Study the Wells Fargo fake account case and Darrell Whitman documents. Those with the power and connections can get away with violating the employees’ rights. Follow the OSHA Whistleblower Protection Advisory Committee Meeting Minutes. If employees who report violations can be bullied then where do they go for help?

14 years of severe bullying which include automobile harm (over five Grand)i’m able to inform you how i’m effected! 200 employees sucked as much as this jealous women due to her status and reputation, down to the union reps. I convey anger, resentment, my self well worth, esteem, and so forth. has taken a toll to wherein i am at a factor in my unfortunate retirement, that I do no longer experience every day life! angry all of the time!
*Books on Workplace Bullying* *https://bit.ly/2vs7y7L*