News > Minds at Work > Why George Clooney Made Coffee Sexy 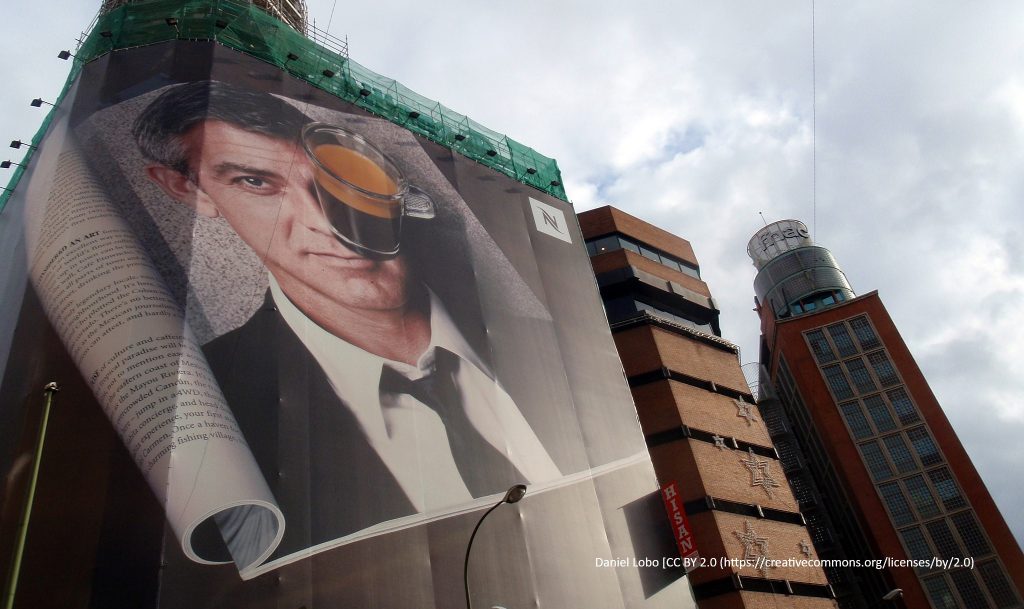 But what are the psychological mechanisms that make celebrity endorsements so powerful in marketing and advertising? That’s been the research focus of cognitive psychologists Christian Unkelbach and Fabia Högden at the University of Cologne in Germany.

In an article in the journal Current Directions in Psychological Science, Unkelbach and Högden say the practice of influencing a product’s image by celebrity endorsements puts many different psychological processes to work, but they propose that the mere pairing of a star with a brand imbues that brand with the celebrity’s attributes.  In other words, Clooney could be paired with any brand and make it sexy.

Unkelbach and other researchers call this effect attribute conditioning—people attribute qualities to one stimulus because of its pairing with another stimulus possessing those exact qualities.

Research that bears this out dates back to 1957, when psychological scientists Carolyn Staats and Arthur Staats paired nonsense syllables like VAF and XAD with trait words such as nice, lazy, and athletic. After study participants were presented with the pairings, they rated the nonsense syllables as pleasant or unpleasant, active or passive, and strong or weak. The researchers found that the participants evaluated the syllables in accordance with their matched traits. VAF would be considered passive if paired with lazy, and XAD would be evaluated as pleasant when paired with nice.

Unkelbach and his colleague Sabine Förderer demonstrated the effect in a 2011 study, in which they paired pictures of indistinct people with images of either athletic or nonathletic people. Across four experiments, they found that participants rated the neutral person as more athletic when paired with an athletic person compared with a nonathletic person.

Attribute condition also goes beyond mere liking and disliking. To illustrate this point, Förderer and Unkelbach created brand logos and paired them with celebrities possessing one of five predominant and positive traits: humorous, sexy, educated, athletic, or soft. Participants rated how much each brand logo possessed each trait, and also rated the logos’ likability. Indeed, the logos’ ratings on the attributes matched up with the celebrities who possessed them. But importantly, as all celebrities were likable, the logo ratings did not differ on their likability. That suggested that the attribute conditioning effects extend beyond halo effects from liking and disliking to specific attributes —a product might become sexy beyond being only likeable.

Unkelbach and his colleagues continue to explore attribute conditioning from a variety of perspectives, noting that the findings could have significant implications in marketing and brand management. So the next time your company is thinking about a celebrity endorsement, you might think about the traits you want people to link with your brand.

News > Minds at Work > Why George Clooney Made Coffee Sexy

A political data firm’s use of Facebook data for targeted messaging reveals the exploitation of psychometric data that some psychological scientists have warned about.