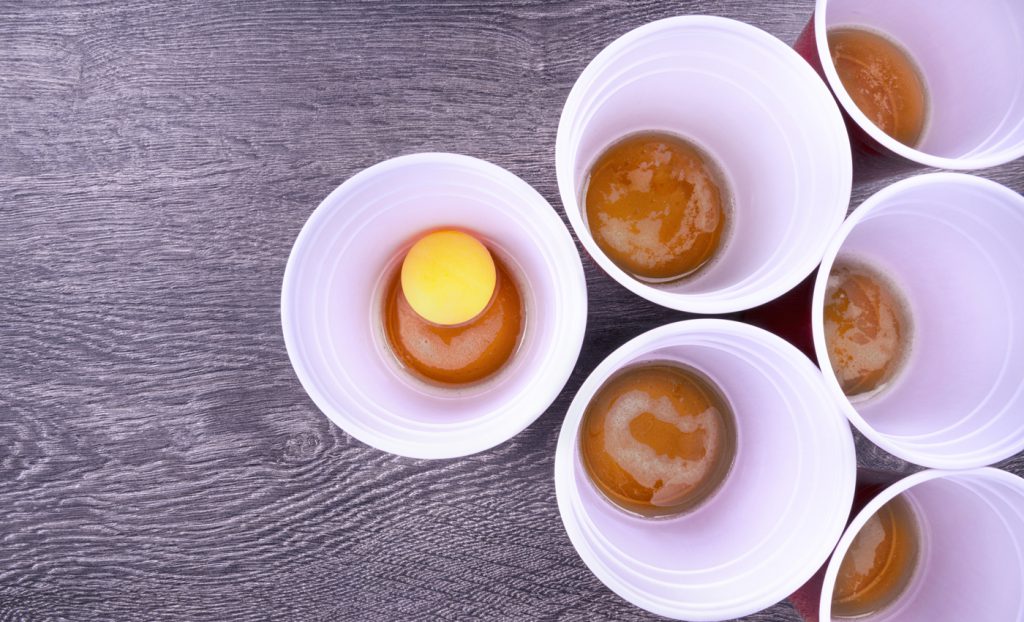 In recent years, major beer companies have tried to capitalize on the salience of students’ university affiliations, unveiling marketing campaigns and products — such as “fan cans,” store displays, and billboard ads — that pair beer with university colors, mascots, and logos. Research published in the January 2018 issue of Psychological Science, a journal of the Association for Psychological Science, shows that such campaigns may enhance the motivational significance of marketed beer brands, especially for students who identify strongly with their university. The researchers conclude that this effect could potentially increase underage students’ alcohol consumption.

Drawing from previous research, psychological scientists Bruce Bartholow (University of Missouri) and colleagues wondered whether the feelings of trust and safety that students associate with their university (an in-group) might transfer to the product being paired with it. This could, in turn, enhance the motivational significance of the product (in this case, beer), implicitly signaling potential social benefits.

Bartholow and colleagues decided to investigate how pairing beer cues and university cues might affect both brain and behavior.

In the first experiment, researchers at two different universities brought underage university students in for an initial lab session and had them complete a follow-up survey 30 days later. In the initial lab session, participants’ brain activity was monitored using EEG while they saw a series of images. The images included beer and water brand logos superimposed on graphics associated with their university as well as with a different university. To gauge motivational significance, the researchers focused their EEG analyses on the P3 component of the event-related potential elicited by the beer and water images.

The students also rated their agreement with statements intended to measure the degree to which they saw their university as a meaningful part of their identity (e.g., “Knowing that I am a student at my university tells others a lot about me”) and they reported their typical alcohol consumption. At the 30-day follow-up, the students provided further data on their alcohol use and related experiences.

The results showed that both water and beer cues elicited a greater P3 when they were paired with logos representing students’ own university relative to a different university. P3 responses to university-beer pairings were especially large among students who reported a strong affiliation with their university. Furthermore, P3 responses to university-beer pairings predicted students’ drinking behavior over the subsequent 30 days, even when their previous drinking behavior was taken into account.

To see if these results would hold under more naturalistic conditions, the researchers conducted a second experiment in which students watched actual footage from university basketball games. Beer and water ads appeared throughout the footage, which featured either the students’ home team or another university team. After watching the game, the students again viewed beer and water logos while their brain activity was monitored, similar to the first experiment.

“These findings demonstrate the power of advertising to affect largely unconscious responses to products when those products are affiliated with a valued social group, such as students’ university,” explains Bartholow.

Exposure to particular ads on campus or during university-related broadcasts may imbue those brands with incentive value for some students – a potential problem, the researchers note, when that brand represents alcoholic beverages.

“The upshot of all of this is that it could be dangerous to confer feelings of safety to a product that has the potential to cause serious harm, which alcohol is known to do, particularly in this population of underage college students,” says Bartholow.

This research was supported by Grant R01-AA020970 from the National Institute on Alcohol Abuse and Alcoholism (NIAAA). K. A. Fleming was supported in part by NIAAA Grant F31-AA022551.