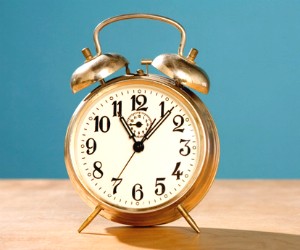 Time is supposedly the great equalizer. No matter how much money we make, how famous we are, or how much clout we yield in the office, we are all limited by the same number of hours in a day.

However, a recent study from psychological scientists Alice Moon and Serena Chen of the University of California, Berkeley demonstrates that feeling a sense of power leads people to perceive themselves as able to control time, and that they have more of time at their disposal.

“Given that the objective experience of time is uniform for everyone, it would seem safe to assume that all people perceive time in the same way,” Moon and Chen write in the Journal of Experimental Social Psychology. “Instead, across 557 participants, five studies, and several ancillary studies, we established that power leads to an increase in perceived time availability.”

While it may be that powerful people tend to have more control over how they spend their time, with the ability to cancel meetings or have an assistant take over menial tasks, Moon and Chen found that high-power individuals still perceive greater control over time than do lower-power individuals who are operating under the same time constraints.

The researchers told 104 college students that they would be solving brain-teaser problems with a partner, and they would be assigned to a specific role: either the boss (high power) or an employee (low power).

The “bosses” were told they would be directing the “employee” on which problems to solve, what answers to submit, and how to divide up a reward at the end of the task, while the employees were told that they would have no control over any key components of the assignment.

To further reinforce the difference in power, bosses were seated in high-end, cushy office chairs adjusted to be higher than the ordinary desk chair the employees sat in.

After the task, the students completed a measure that gauged their sense of available time, responding to questions like “I feel in control of my time” and “I find it difficult to keep to a schedule because others take me away from my work” using a 7-point scale. They also completed scales measuring their sense of power.

As expected, the high-power “bosses” reported both having more time and feeling more powerful than the low-power “employees.”

Results from an additional experiment suggested that perceptions of time can be also be linked to our feelings of stress.

For this experiment, 147 adults were recruited to complete an online survey. They were asked to visualize an interview scenario in which they were either the interviewer (high power), the interviewee (low power), or to imagine a time when they held equal power with someone.

Participants then completed the measure of perceived time availability, as well as a measure of stress. Using a 5-point scale, participants rated how much they currently felt emotions such as “anxious” or “relaxed.”