News > Minds at Work > One Way to Rein in Powerful People? Honest Feedback 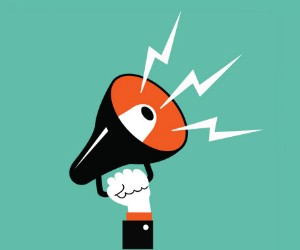 While it’s standard practice for supervisors to provide regular feedback to their subordinates, it’s far less common for employees to get the opportunity to candidly appraise their supervisors’ performance. A new study suggests that honesty may be the best policy for ensuring that leaders look out for everyone, not just themselves.

By definition, people in positions of power call the shots as to how resources are divided up. This power gives leaders the opportunity to behave selfishly, keeping more resources for themselves rather than sharing perks and profits equitably with employees.

But when it comes to criticism for being selfish, psychological scientists Burak Oc (Bocconi University), Michael Bashshur (Singapore Management University), and Celia Moore (London Business School) argue that leaders are just as sensitive as the rest of us.

“Like all individuals, those with power desire to see themselves as moral and are motivated to be seen as fair, generous, and less self-interested by others,” Oc, Bashshur, and Moore write in the Journal of Applied Psychology.

The researchers hypothesized that candid feedback—positive ratings for equitable behavior, and negative ratings for unfair behavior—would encourage leaders to behave more equitably in order to maintain a positive self-image as being fair.

In contrast, when powerholders receive a constant stream of positive “compliant” feedback regardless of their unfair behavior, they’re likely to behave more selfishly over time.

To test their theory, Oc and colleagues had a group of 86 participants play a resource-sharing game. Participants came to the lab where they were told that they’d be playing with three other anonymous players over the computer. The game involved playing for points, and the more points a player accumulated the more cash they’d win at the end of the experiment.

At the beginning of the game, participants were given 100 points; they could keep as many points for themselves as they wished while any remaining points would be equally distributed between the three other players. However, after each round of the game the subordinate players could provide feedback on the fairness of the leader’s behavior using a 5-point scale.

What the participants didn’t know was that they were actually playing against the computer. All of the ratings they received during the game resulted from an automatic computer-generated responses to their behavior.

As anticipated, leaders responded to candid feedback by behaving less selfishly. Overall, people in the candid feedback condition took significantly fewer points compared to those in the compliant feedback condition.  And being rated as unfair seemed to amplify this behavior, as leaders in the candid condition gave themselves even fewer points when they were rated as unfair in the previous round.

In contrast, leaders who received compliant feedback behaved more selfishly over time, giving themselves a greater proportion of the points as the game went on.

“These results suggest that powerholders use candid feedback from subordinates to regulate their behavior, with positive feedback functioning as a license to increase their share of the common resource and negative feedback triggering compensation for prior, more self-interested allocation behavior,” the researchers write.

A second experiment confirmed that leaders felt guilty after receiving negative ratings from their subordinates. In order to alleviate their sense of guilt, leaders started sharing points more equitably. As a result, participants in the candid feedback condition ended up as much more generous leaders—taking far fewer points—than those in the compliant feedback condition.

However, the researchers acknowledge that in many circumstances subordinates may be hesitant to speak up and challenge a leader due to fear of retribution. Organizations should make sure that they have procedures in place that allow employees the opportunity to provide honest feedback anonymously or through a third party.

News > Minds at Work > One Way to Rein in Powerful People? Honest Feedback