News > Minds at Work > Networking May Not Pay Off for Everyone 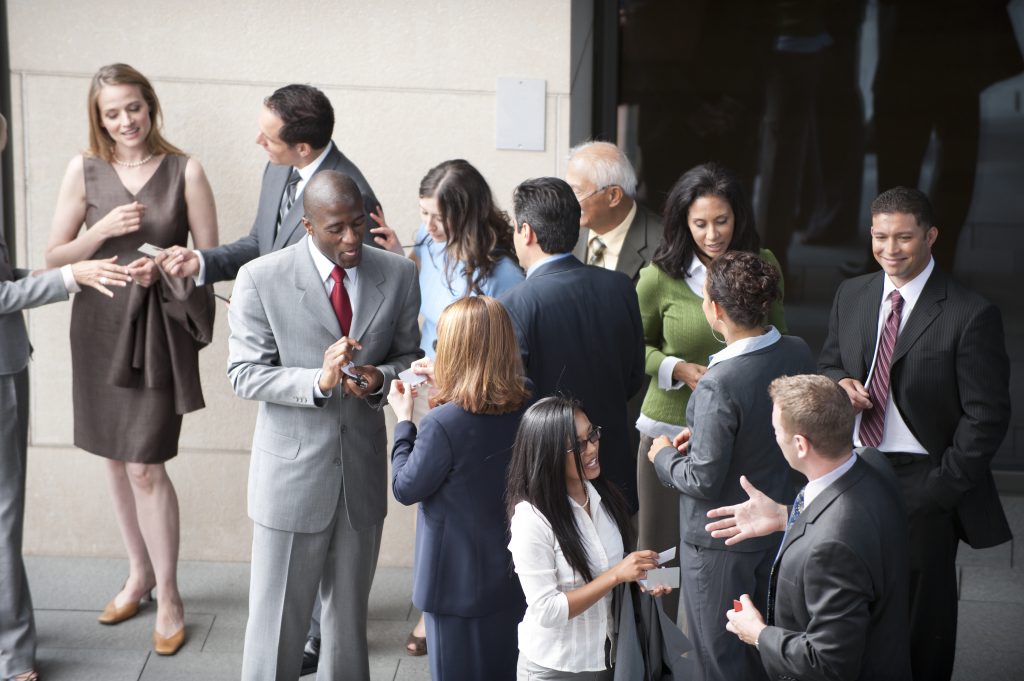 For many professionals, business lunches, conferences, and connections on LinkedIn are exhilarating ways to advance their careers. For others, they’re draining distractions.

But is networking a vital activity for everyone? Do the strong connections that individuals make always boost their work performance, not to mention their excitement about their jobs?

Most of us may be feeling the pressure to beef up our professional networks, whether we like it or not. Previous research suggests that people tend to view their social networks as smaller than what others have. This network extraversion bias, as researchers Daniel C. Feiler and Adam M. Kleinbaum at Dartmouth College discovered, is experienced by extraverts and introverts alike.

More recently, psychological scientist Judith Volmer and her colleagues at the University of Bamberg in Germany theorized that people who network daily are not only more sanguine about their careers but also more productive on the job, especially if they have a strong need for social affiliation.

To test their hypotheses, Volmer and her colleagues recruited participants who work mainly in office settings, with a majority holding an advanced degree. The employees completed online psychological measures of their general networking activity and their need for affiliation. Then each night over a 1-week period, they reported their daily networking activity, their level of enthusiasm about their careers, and their daily task performance.

The scientists found that daily networking had a significant relationship with career optimism — for those who scored high on affiliation traits. Participants who reported a low need for affiliation showed no significant change in career optimism based on their networking activity. But the more they networked, the more they reported lower work performance.

Volmer and her colleagues note that networking demands a lot of time and energy, which could slow task completion.

“Essentially, our results imply that daily networking may be something of a double-edged sword,” the researchers write in a report on their study. “Individuals with a high need for affiliation appear to benefit with regard to task performance and career optimism, while those with low need for affiliation experience either no or even detrimental effects.”

People who are less inclined to interact socially should not force themselves to network, the researchers suggest.

The researchers caution that their findings have limitations. The study relied, for example, on the participants rating their own activities, attitudes, and performance. They suggest future studies could include input from colleagues and supervisors; could examine a wider array of professionals, including entrepreneurs and academics; and could take a more granular look at individual characteristics.

These findings, the researchers add, have implications for organizations and career counselors, with the potential to influence job crafting, training, and reward structures.

News > Minds at Work > Networking May Not Pay Off for Everyone

My professional career depended on networking mostly because I worked in government and getting things done in a huge bureaucracy is enabled by knowing experts and colleagues who can help. In my early 50s, somebody pointed out that Google indicates the number of your contacts. That number was 3,200 when I retired from NIH. What’s in your file?

Clearly, some people overdo it and spend too much time chatting, texting, and emailing rather than working. Having said that, networking is key to upward mobility and job security. During my career I held 17 different positions after college. All 17 were ones to which I was invited. Even my 1st job – Navy Ensign – was at the invitation of my draft board LOL.

Maintaining a network by actively participating in professional societies, publishing in newsletters and/or journals alerts you to new opportunities and often means insiders (your contacts) will be pulling for your selection.