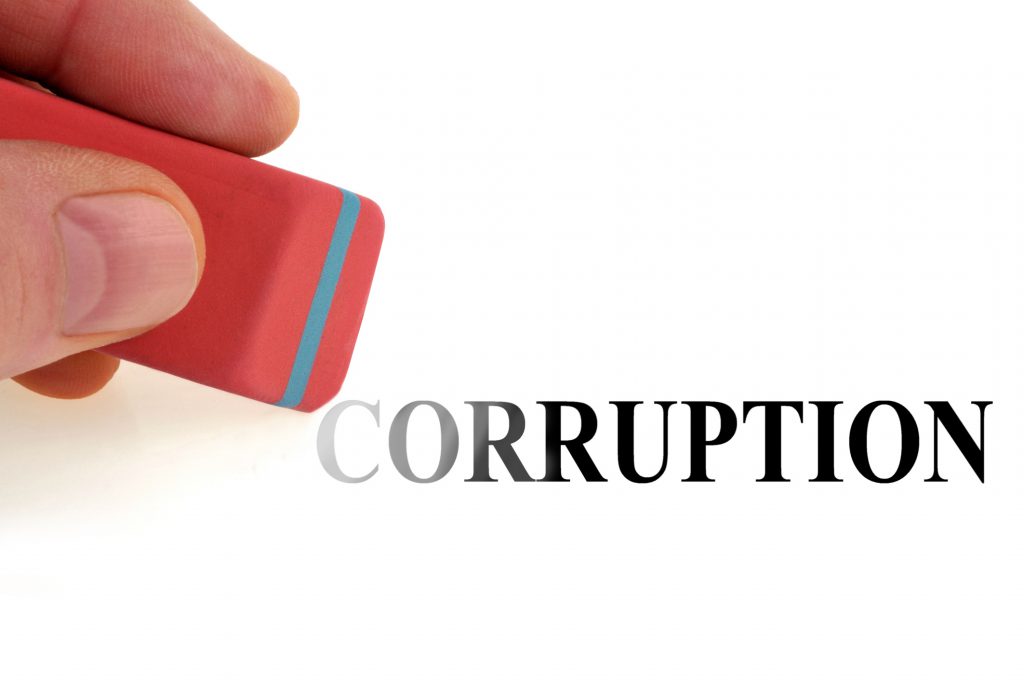 The collapse of the Enron Corporation is widely considered to be one of the worst business scandals of the 20th century. Former Enron CEO Kenneth Lay was eventually charged and convicted of multiple counts of criminal behavior, including conspiracy, fraud, and making false statements to banks. Although Lay’s actions resulted in thousands of employees losing both their jobs and their retirement savings when the company failed, he insisted that he was innocent of any wrongdoing. In an interview in 2004 he said, “I don’t fear jail because I know I’m not guilty. I know I did nothing wrong. I did nothing criminal.”

Despite thinking of themselves as upstanding and moral, many people still engage in shady—even illegal—business practices. Cases of ethical misconduct in business are estimated to cost society millions, even billions, of dollars every year. How do people like Kenneth Lay maintain a sense of morality despite their unethical actions? Research suggests that in order to hold our heads up high despite our bad behavior, we may strategically “forget” our own immoral deeds.

“Because people hold an overly positive view of their morality but consistently fail to live up to this standard, they experience psychological discomfort after behaving dishonestly and engage in various strategies to alleviate this dissonance and reduce their distress,” Kouchaki and Gino write. “This dissonance, we argue, triggers unethical amnesia.”

This is consistent with Gino’s prior research, highlighted in Current Directions in Psychological Science, showing that when people behave unethically, they engage in a range of self-serving behaviors to reduce their feelings of dissonance and discomfort.

Across nine experiments and a total of 2,100 participants, Kouchaki and Gino found that memories of unethical behavior becomes less clear, less detailed, and less vivid over time compared to other memories.

In one online experiment, 279 college students were asked to spin a virtual six-sided die 20 times. Participants won a small amount of money when they accurately guessed the outcome of the die toss. In one condition, participants were simply allowed to self-report their results—creating ample opportunity for cheating. The other group of participants had to report their guess before the toss, making it impossible to cheat.

After completing the task, participants rated themselves on their current feelings of moral dissonance (i.e., feeling ashamed) or moral self-concept (i.e., feeling moral and trustworthy). As anticipated, those in the likely-cheating condition reported feeling a greater sense of discomfort and lower overall scores on moral self-concept compared to those in the non-cheating group.

Two days later, participants were asked to recall specific details of the die-throwing task based on their memory. This assessment revealed that “participants who cheated had less clear, less vivid and less detailed memories of their actions than those who did not.”

Additionally, Kouchaki and Gino found that the negative feelings prompted by cheating fade quickly: Participants in the cheating condition reported feeling just as moral as those in the non-cheating condition just two days after their misdeeds.

Further experiments suggest that unethical amnesia is one explanation for why people cheat persistently over time. Another group of 220 participants completed the die-throwing task followed by an offer of a cash bonus for unscrambling a series of word puzzles. Participants self-reported whether they had correctly solved the puzzle without having to write down the unscrambled words.

Again, those in the likely-cheating condition recalled the die-throwing task less precisely than those in the no-cheating condition; they were also more likely to cheat on the word puzzle. Unethical amnesia, as measured by participants’ memory scores for the die-throwing task, was a significant predictor of whether someone would cheat at both tasks.

“Our results indicate that unethical amnesia is driven by the desire to lower one’s distress that comes from acting unethically and to maintain a positive self-image as a moral individual. This may be an adaptive, defensive behavior, because people are less likely to retrieve memories that threaten their self-concept and induce a negative mood,” the researchers conclude. “As a result, because unwanted memories of their dishonest behavior are obfuscated, people are more likely to act unethically repeatedly over time.”

Psychological evolution,To adapt to the environment