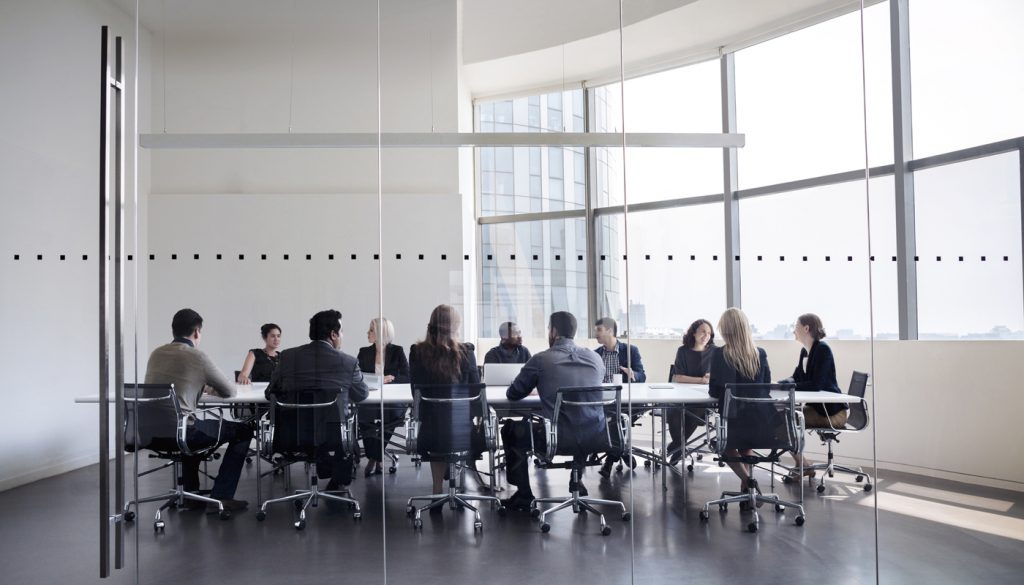 Men have historically dominated workplace environments, due in large part to social, legal, and organizational norms that view professional advancement through a male-centric lens. It is up to organizations to make changes that allow women to succeed and the responsibility of HR departments and the legal system to ensure women aren’t being treated unfairly.

While changing the architecture of organizations and their policies so that they benefit all employees equally is the ultimate goal, such changes will likely take decades to permeate workplaces on a large scale. Promoting gender-blind ideologies may be one short-term patch that individual workers and managers can deploy on a smaller scale.

One proposed mechanism for this change is addressing the so-called confidence gap, the disparity in confidence between men and women measured in such contexts as salary negotiations, self-promotion, and performance. Research indicates that men tend to be overconfident in work situations, while women are often under-confident.

New research suggests that promoting “gender-blind” attitudes may be one way to close this gap.

Gender blindness entails focusing on similarities between men and women, rather than their differences, and new research suggests that believing women and men are similar can promote confidence, agency, and action in women. A new article detailing five studies on gender-blind attitudes published in Organizational Behavior and Human Decision Processes detailed how researchers measured attitudes, confidence, and agency in some studies, and manipulated gender blindness in others to see what the effects were. Researchers showed that increases in women’s confidence, their agency, and action-taking behaviors changed the most if female participants worked in male-dominated environments.

Changes in agency and action mostly came from changes in confidence. In one study, reading a passage that advocated for gender blindness made female managers more confident, which increased their identification with words like “assertive,” “leader,” “dominant,” and “forceful”. Those that read the passage and increased their confidence more often chose to take a hypothetical action when faced with a choice (e.g., speak first in a debate, join a movement to free a wrongly accused prisoner, or enter into a negotiation).

Men’s attitudes and actions did not follow the same patterns as women’s. Gender blindness in men either had no effect on confidence levels or lowered them slightly. This is consistent with the theory that most workplaces are male-centric and male ideation and beliefs are well-suited for these organizations.

Most of these studies were conducted with online survey responders (male and female users of Mechanical Turk, an online work crowdsourcing platform). One study, however, made use of a group of first-year MBA students in a male-dominated program to assess gender-blind beliefs and how they affected workplace confidence and action-based choices. Researchers measured the students’ beliefs of how similar men and women are, then measured confidence, agency, and action-taking.

The authors noted that these “blind” tactics are likely not applicable to race-based differences in workplace action, confidence, or agency. Past research published in Psychological Science and Perspectives on Psychological Science found benefits in approaches that encourage awareness of racial differences, including multicultural approaches that recognize and celebrate differences in culture and background. Compared with “colorblindness,” research indicates that multiculturalism boosts feelings of empowerment among members of minority groups and improves overall intergroup relations between majority and minority group members.