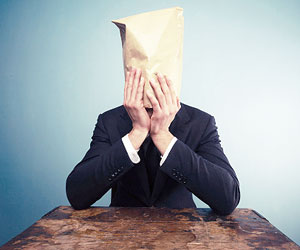 Ferdinand Demara is one of history’s most infamous impostors. After serving in the US Army during World War II, Demara masqueraded as a monk, a surgeon, a prison warden, a cancer researcher, a teacher, a civil engineer, a hospital orderly, a sheriff’s deputy, a psychologist, and a minister—faking his credentials at every turn. His fakery inspired the classic film “The Great Impostor.”

Most people advance through their careers with legitimate training, and yet many professionals may still feel about as ill-qualified for their jobs as Demara was for his various “vocations.”

Indeed, psychological scientists have explored the “impostor phenomenon,” a term first coined in the 1970s to describe the intellectual and professional fraud that many high-achievers feel they’re committing. Despite academic and career success, these individuals believe that others overestimate their abilities and will eventually discover their incompetence.

A team of Belgian psychological scientists recently set out to explore the impostor phenomenon (IP) more closely, and found that it correlated with specific personality, emotional, and behavioral traits. Professionals grappling with IP manifest high levels of maladaptive perfectionism and neuroticism, the researchers found. And those individuals tend to be relatively unhappy with their jobs.

They found that participants who revealed IP tendencies in the survey typically scored the highest on measures of neuroticism and unhealthy perfectionism, and lowest on measures of self-efficacy, organizational citizenship, and conscientiousness.

The researchers raised the possibility that the “impostors” set such high standards for themselves that they viewed themselves as low in conscientiousness. In fact, high IP scorers appraised themselves in a consistently negative manner overall.

Additionally, IP participants expressed a strong intention to remain in the organization—but not necessarily out of loyalty or love for the job. Instead, they intended to stay put because they perceived the monetary, social, and psychological costs of leaving the organization as too high.

Vergauwe and her team identified one factor—social support within the workplace—that seemed to buffer the blow that the impostor phenomenon can have on the individual’s job satisfaction and organizational citizenship.

“This suggests that perceptions of strong workplace social support could be the key to temper some of the negative effects of impostorism,” they write in the Journal of Business Psychology.

Vergauwe and her team point to several limitations in their study, including the fact that the results are based on self-reports rather than objective measures. But they argue that their study is the first to delve deep into the “most fundamental building blocks of this phenomenon.”

News > Minds at Work > Feeling Like a Fraud on the Job