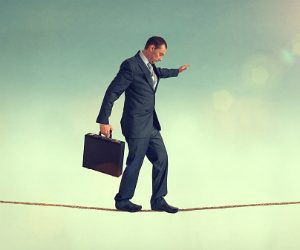 We all make mistakes in the workplace at one point or another, but is there an optimal way to explain it to your supervisor?

In a 2015 paper published by Europe’s Journal of Psychology, David and Hareli Shlomo and APS Fellow Ursula Hess investigated whether showing emotion (or the lack thereof) and whether admitting guilt, blaming someone else, or giving an ambiguous response after a service failure could impact the believability of an employee’s account and their chances of being fired or promoted.

The researchers recruited business school alumni from the University of Haifa in Israel to participate in an online experiment.

In the first study, 416 participants read a scenario about an office software update gone terribly wrong. Following the upgrade, the customer’s entire system crashed and was inoperative for several hours, causing the client considerable damage. The participants were informed that the technician in charge of the update was known to be reliable, and then they watched a video of a trained male actor playing the part of the employee and answering the question “what in your opinion caused the problem?”

In the videos, the actor displayed either anger, shame, or a neutral affect. He either admitted responsibility by saying he skipped the proper diagnostics because it was a routine installation, blamed his supervisor for telling him to skip the proper diagnostics, or gave an ambiguous answer by saying he didn’t know what happened. After watching the videos, the participants rated the extent to which they believed the employee’s account of the event and the likelihood that they would promote the employee in the future — or fire him immediately.

The researchers found that when the actor expressed little or no emotion, regardless of what he actually said, participants found him much more believable than when he expressed shame or guilt. After viewing an emotionally neutral video, participants were also much more likely to say they would promote the employee in the future.

Shlomo and colleagues explained that workplace norms value neutral emotionality, objectivism, and professionalism. Admitting guilt in this situation could engender more trust, yielding a higher probability of future promotion because guilt “signals not only understanding of a misdeed but also intentions to do better in the future.”

The employee was rated as the most believable when he admitted guilt over the incident, but admitting guilt came at a cost: Participants also said they were more likely to fire him immediately.  Unlike the first experiment, expressing guilt did not lead to the higher probability of future promotion seen in the first study.

Knowing that another employee corroborated the account increased the believability of the employee’s statements overall, but interestingly, this was especially true when an employee appeared angry. Participants tended to distrust the accounts of angry employees unless another witness could corroborate their story.

Because anger is often a “suspicious behavior” in the office setting, the researchers suspect that it could be “seen as a defensive effort to distract from guilt.” And without the corroboration of another employee, the excessive emotion aggravates the situation.

Previous research indicates that emotional expressions made by men and women are often interpreted in different ways. Because the study used only a male actor in one scenario, it’s possible that with female employees or in a different work context, the results could be judged quite differently.

Overall, Shlomo and colleagues concluded that in a business context, displaying emotions after a failure is often interpreted as being deceptive. Even though individuals may be genuinely using emotion to emphasize their points, it may negatively impact the perception of their account. The researchers remark that managers should learn from this bias before judging an employee’s mistake.

News > Minds at Work > Failure, Emotions, and Explaining It to Your Boss