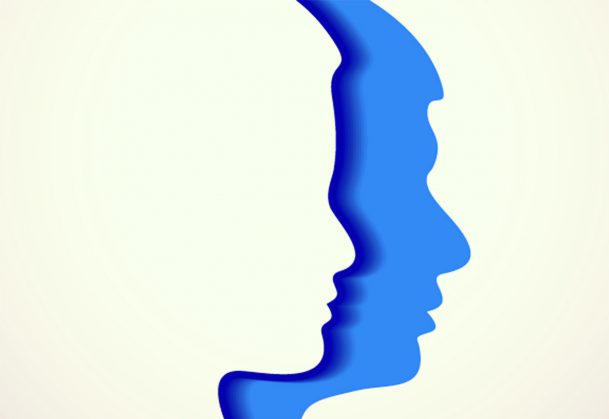 Several studies have shown that the shape of our faces can have a surprisingly large effect on whether our peers think we have leadership potential. For example, studies have found a positive correlation between CEOs with more aggressive, dominant facial features and a firm’s successful financial performance. People are also impressively accurate at judging a person’s occupation on the basis of nothing more than his or her face. But new research suggests that not all leaders benefit from these rough and tough facial cues.

The CEOs of Fortune 500 companies are judged on their ability to increase the financial success of their shareholders; thus, looking like a take-charge tough guy may help for-profit leaders get ahead. However, University of Toronto psychological scientists Daniel Re and Nicholas Rule hypothesized that these aggressive facial features might actually be a hindrance to leaders in other industries.

Nonprofit organizations (NPOs) are obligated to use their revenue for public good, such as charity work and medical research, and non-profit leadership is often judged on fundraising ability. Thus, the facial cues that make a leader appealing for a cutthroat for-profit company may actually hurt the perceptions of the leader of an NPO. Rather than appearing powerful and aggressive, the researchers hypothesized that the most successful NPO leaders would inspire perceptions of warmth and trust.

In their first study, Re and Rule recruited 169 participants to rank the faces of top non-profit CEOs. The photos they used included the faces of CEOs of the top 100 NPOs in the United States, as determined by donation revenue reported by Forbes Magazine for 2009, 2010, and 2011. Because of the lack of representation of women and racial-minority-group members among top CEOs, the study used only photos of Caucasian men to reduce bias effects. Each photo was closely cropped and converted to grayscale to maintain a uniform appearance.

Participants – who were not aware they were viewing images of CEOs – were then asked to rate each face on the basis of four personality traits: dominance, likeability, maturity, and trustworthiness. Ratings for dominance and maturity were grouped into a single category (“power”), and trustworthiness and likeability ratings were grouped into a second category (“warmth”).

The results showed that faces with higher power ratings were linked to lower total revenue in those CEO’s organizations.

A second study had participants complete a similar survey, only this time they rated the faces of CEOs from the for-profit sector. The results of this study demonstrated that, on average, CEOs of Fortune 500 companies were perceived as significantly more powerful than the CEOs of NPOs.

“The results were actually much more dramatic than I would have thought,” Re said in a press release. “Previous studies have shown that CEOs who appear dominant seem to do well when it comes to generating wealth. But for NPOs, we found the opposite.”

A 2009 study published in Psychological Science also found that the facial features of CEOs had an influence on their success. In this study, Northwestern University researchers Robert Livingston and Nicholas Pearce investigated whether leaders benefit from having a “baby face” and whether this benefit can depend on their race, as well as the industry in which they work. Previous research has found that projecting toughness and aggression seems to benefit White leaders, but these same qualities can cause backlash against Black leaders.

Livingston and Pearce hypothesized that “apart from impeccable credentials, demonstrated competence, and tireless diligence, successful Black leaders possess disarming mechanisms—physical, psychological, or behavioral traits that attenuate perceptions of threat by the dominant group.” A key disarming mechanism is what the researchers call “babyfaceness.”

“Because baby-faced individuals evoke feelings of warmth, trust, and cooperation, while minimizing feelings of threat and competition, babyfaceness could benefit Black males who find themselves in intergroup contexts (e.g., corporate America) in which their power or ambition might be perceived as a threat,” the researchers write.

Across two studies, Livingston and Pearce explored the role of such “babyfaceness” in the success of high-ranking Black executives. These experiments revealed that Black CEOs were significantly more baby faced than their White colleagues. Black CEOs were also judged as being warmer than White CEOs, even though ordinary Black individuals were rated categorically as less warm than ordinary Whites.

However, the results also suggest that there might be hidden costs to babyfaceness; these disarming traits may lower perceived competence, making it more difficult for leaders to gain respect.

News > Minds at Work > Face It: Nonprofit CEOs Benefit from Having a Baby Face