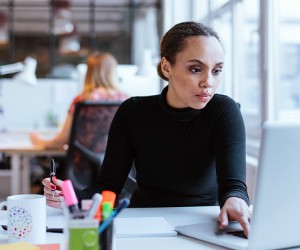 The world’s top tech companies have realized that unconscious bias is bad for business.

Elite companies like Facebook and Google are worried that subtle prejudices—for example, the implicit attitude that men are better than women at math and science—are leading hiring managers to unwittingly skip over the most competent, qualified candidates.

“The tech industry overall has this belief that it’s the most meritocratic industry of all and that bias and discrimination do not have a home here,” said Brian Welle, director of people analytics at Google, in USA Today. “Once people learn that they are inadvertently perpetuating bias, they want to change.”

In an effort to battle implicit bias, leading tech companies are now turning to psychological science to improve their hiring practices. Inspired by research from psychological scientists Anthony Greenwald (University of Washington) and Mahzarin Banaji (Harvard University), Google is now rolling out a “bias-busting” workshop for its global staff of 56,000.

A recent study from Ernesto Reuben (Columbia University), Paola Sapienza (Northwestern University), and Luigi Zingales (University of Chicago) demonstrated just how much of a problem implicit bias is for optimal hiring: Men were twice as likely to be “hired” for a mathematical task, even when women showed superior math acumen.

“Women are in fact initially assumed to be less competent at basic mathematical tasks than men even when they are not,” Reuben and colleagues write. “Employers biased against women are less likely to take into account the fact that men, on average, boast more than women about their future performance, leading to suboptimal hiring choices that remain biased in favor of men.”

For the study, about 150 participants were recruited to complete a math assignment that involved correctly summing as many sets of two–digit numbers as possible over a period of 4 minutes. After the candidates completed the task, they were given their scores.

Some participants were randomly assigned to pairs as “job candidates,” while rest of the group acted as “employers.” The employers were presented with job candidate pairs and were instructed to “hire” one of the candidates to perform a second arithmetic task. Employers could earn a bonus prize for correctly hiring the job candidate that performed the best on the second arithmetic task, so it was in their interest to pick the candidate that was likely to have superior math ability.

When hiring managers had no information about candidates other than their gender (based on a photo), they were twice as likely to hire a man over a woman.

In one variation of the experiment, which the researchers labeled “Cheap Talk,” job applicants were given the opportunity to communicate their math prowess to potential employers. Men tended to exaggerate their math skills, while women tended to understate theirs.

The bias persisted even when managers were able to review the hard data on participants’ past performance on the math task. When women had a concrete record of superior performance, men with worse scores often got hired anyway.

Further analyses showed that participants who showed stronger gender bias scores on an implicit association test were generally among the most biased in their hiring decisions.

To help prevent discrimination, Greenwald and other researchers suggest that companies take proactive steps to battle bias, such as removing identifying information from resumes and conducting structured job interviews.