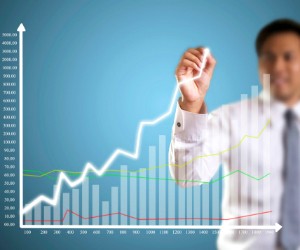 In 1979, Jim Burke the chief executive of Johnson & Johnson started a state-of-the-art workplace wellness program in order to improve employee wellbeing and cut healthcare costs. The program’s goal was to make Johnson & Johnson employees “the healthiest in the world.” The expectation was that improving employees’ health and well-being would ultimately have a positive impact on the company’s bottom line.

It appears that Burke was onto something: A new study finds that companies that prioritize employee health also had significantly higher stock returns.

In fact, the research team, led by psychological scientist Ron Goetzel of the Institute for Health and Productivity Studies at Johns Hopkins Bloomberg School of Public Health, found that a stock portfolio of award-winning “health conscious” companies produced more than double the returns of the S&P 500, an index that tracks the 500 most widely held stocks on the New York Stock Exchange.

For the study, Goetzel and colleagues compiled a portfolio of made up of businesses that have won the C. Everett Koop Award (Koop Award) between 1999 and 2014. The Koop Award recognizes companies that have developed effective employee health promotion programs. To be considered for the award, companies must provide verifiable statistical data documenting that their programs both increased healthy behaviors and cut healthcare costs.

“The Koop Award is distinguished from other recognition programs in that an applicant is required to submit data to expert reviewers showing that a program is not only well designed and properly implemented, but also that it achieves measurable health and economic benefits,” the researchers write in the Journal of Occupational and Environmental Medicine.

Stock performance data from the 26 publicly traded Koop Award winners was analyzed and compared with the performance of the “average” companies included in the S&P 500 over the same period.

Although these results don’t prove that workplace wellness programs lead to better business performance, Goetzel explained that by seriously committing to employee health, the Koop Award winners may be able to recruit, retain, and inspire more productive staff – ultimately benefiting their shareholders.

“Job satisfaction, when people like going to work, may mean that people are more focused and purposeful and energized about their jobs,” Goetzel explained. “The companies that really care about their people and look at them as assets in a broad sense – not just cogs in the wheels – do a better job at being extraordinary.”

Goetzel also pointed out that, “People like the fact that their company really cares about them.”

However, the researchers caution that introducing a workplace health promotion program will not provide a “quick fix” for a company’s financial performance. They warn that “it is unlikely that rapidly assembled health promotion programs, divorced from the company’s mission and culture, can produce the kind of extraordinary stock performance documented in this article.”

When choosing a strategy for incentivizing health in the workplace, research from David Tannenbaum of the Anderson School of Management at the University of California, Los Angeles shows that “carrot” plans may be more effective than “stick” plans.

“Worksite wellness programs are, among other things, signals that communicate a company’s attitudes and feelings toward its employees,” Tannenbaum and colleagues explain.

In a series of experiments published in Psychological Science, Tannenbaum and colleagues had participants read about a fictional company grappling with employee health-care costs. They could choose either a “carrot” approach to help incentivize employees to lose weight (receiving a $500 discount for maintaining a healthy weight) or a “stick” approach (paying a $500 penalty for being overweight).

The data showed that framing incentives in terms of penalties may have particular psychological consequences for affected individuals: People with higher body mass index (BMI) scores reported that they would feel particularly stigmatized and dissatisfied with their employer under the three “stick” plans.

According to Goetzel, there are literally hundreds of things companies can do to improve employee health but the underlying intent matters. Senior and middle management can start by saying that health is important to our company, and we’re going to start paying attention to that.

“Simple things can include healthy foods, provide smoking cessation programs, teach stress management, change stresses in the environment,” Goetzel explained. “But it’s got to be genuine.”

News > Minds at Work > A New Way to Beat the Market: Invest in Workplace Wellness