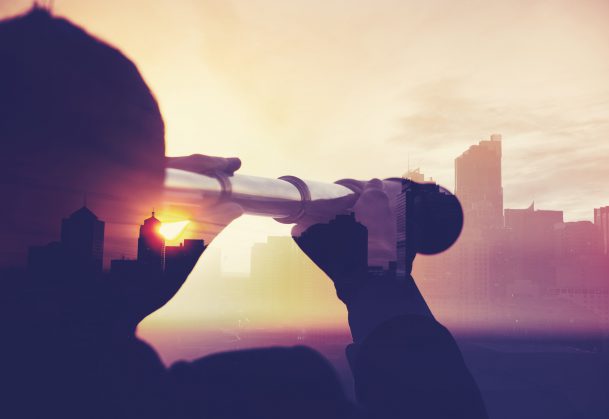 Throughout the 1970s, the oral historian Studs Terkel traveled the country interviewing dozens of regular people about their jobs. After interviewing everyone from telephone operators to strip miners for his book Working, Turkel concluded: “Work is about a search for daily meaning as well as daily bread, for recognition as well as cash, for astonishment rather than torpor…” As Terkel saw it, most of us “have jobs that are too small for our spirit” – that is, a good job is about more than a steady paycheck.

Surveys show that a sense of meaning or purpose is often rated as one of the most desirable qualities in a job, sometimes even topping perks like a higher salary. Research has also linked a strong sense of purpose or meaning to a multitude of positive outcomes, ranging from a longer life to a bigger bank account.

In a 2014 study published in Psychological Science, researchers Patrick L. Hill (Carleton University) and Nicholas A. Turiano (West Virginia University) analyzed data collected from over 6,000 people as part of the longitudinal Midlife in the United States (MIDUS) study. As part of this questionnaire, participants answered questions gauging their sense of purpose in life (e.g., “Some people wander aimlessly through life, but I am not one of them”), as well as questions that gauged other psychosocial variables, including the experience of positive and negative emotions.

Fourteen years after the initial survey, approximately 570 of the original participants had died (about 9% of the sample). Interestingly, those who had self-rated themselves as having a high sense of purpose were more likely to have survived. Even after controlling for other markers of psychological and affective well-being, the results of the analysis showed that purposeful individuals outlived their more aimless peers.

“Our findings point to the fact that finding a direction for life, and setting overarching goals for what you want to achieve can help you actually live longer, regardless of when you find your purpose,” Hill said in a statement. “These findings suggest that there’s something unique about finding a purpose that seems to be leading to greater longevity.”

But feeling a sense of meaning in life, and in work specifically, isn’t just good for our health, it may also be good for our wallets. In a new study, Hill and Turiano found that a sense of purpose not only buffered against mortality, it also predicted financial success.

“Studies show that purpose correlates positively with more expansive future time perspectives and with a greater sense that their time is being used effectively to fulfill downstream goals,” Hill, Turiano, and colleagues write in the Journal of Research in Personality. “As such, purposeful people may be more likely to save money or make investments that support downstream goals, and not squander resources based on impulsive decisions.”

As in the previous study, the research team analyzed data collected from MIDUS. This time, the research team also analyzed self-report measures on income and net worth. Respondents were asked about their wages over the past year, their spouse’s earnings, government assistance, stocks and bonds, savings, real estate, vehicles, and debts.

Again, more purposeful people came out ahead of their peers; a one standard deviation increase in purpose was associated with an “increase of $4,461 in income and $20,857 in net worth over time, even controlling for the other variables.”

Exactly why purposeful individuals gained an economic edge was unclear. People who started out with a higher sense of purpose had higher levels of household income and net worth initially, and were also more likely to increase this wealth over the nine years between assessments.