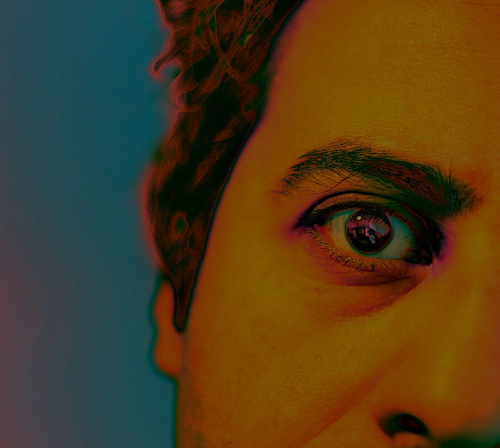 Americans’ number one fear is public speaking, hands down. Pollsters have reported time and again that the average person dreads speaking more than disease or even death. These polls merely confirm what our sweaty palms and elevated heart beat make undeniable: Standing up and addressing an audience brings out our worst misgivings about performance and failure and the judgment of others.

We all experience some measure of social anxiety, but some people suffer much more than others, and not just with public speaking. Dates, job interviews, even idle cocktail chatter—any kind of social encounter can be a source of unbearable dread for people with a social anxiety disorder, or SAD. Millions are debilitated by the emotional and physical arousal associated with this most common of mental disorders.

Despite the prevalence of SAD, however, a lot remains unknown about the disorder. While the negative emotions are a hallmark of clinical anxiety disorder, there is conflicting evidence about the physiological symptoms. Do sufferers really have maladaptive bodily responses to social stress, or do they just perceive it that way? An answer to this basic question would be helpful in guiding clinical intervention.

A team of psychological scientists has been exploring the interplay of thinking, attention and physiology in SAD. Jeremy Jamieson of the University of Rochester, Matthew Nock of Harvard and Wendy Berry Mendes of UC—San Francisco designed two studies to sort out these aspects of the disorder and, beyond that, to test a simple intervention that might diminish the unpleasant symptoms of social anxiety.

Here’s the background that sparked the scientists’ inquiry. It’s a popular belief  that stressful arousal—heightened blood pressure, heart rate and so forth—accumulates over time, leading to poor health and disease down the road. But this is not entirely true. Stress can indeed be deleterious to people’s health, but only if they see the stressful situation as a threat—something they lack the inner resources to cope with. By contrast, if people see a stressful situation as a challenge to meet, their physiological response is different—and not as harmful to the body.

In the first study, the scientists wanted to see if they could clarify the psychological and physiological aspects of SAD. They recruited volunteers, some of whom met the clinical definition of SAD, and deliberately confronted them with their worst fear—speaking in front of judgmental strangers. They used a well-established social stress test, in which volunteers are required to prepare a short speech about their personal strengths and weaknesses, deliver it to an audience of two judges, and then recover from the experience. The judges were trained to give subtle but negative non-verbal feedback during the speech; they didn’t smile or nod or otherwise indicate any kind of affirmation of the speaker’s performance. Half of the volunteers—both with SAD and without—went through this stressful experience, while the remaining volunteers, the controls, gave their speech in private, without a judgmental audience.

During this experiment, all the volunteers were hooked up to monitors, which recorded their physiological reactivity. The scientists also measured the volunteers’ vigilance for signs of threat, their negative feelings, and their appraisal of their own stress—whether they saw it as a challenge or a threat. Then they crunched all the data together.

The most surprising finding was that there was no significant difference between SAD sufferers and healthy controls on measures of arousal. That is, when required to speak before a judgmental audience, both showed high vigilance and the harmful kind physical arousal, compared to those who did not have to speak in public. Those with SAD reported more subjective anxiety and negative feelings, but on objective measures they were no worse off than healthy people in a highly stressful social situation.

Since this finding was unexpected, the scientists wanted to double-check it, but they also wanted to capitalize on it. If SAD sufferers’ biological arousal is disconnected from subjective feelings of anxiety, would it be possible to ameliorate the disorder simply by thinking about physical arousal symptoms constructively? This is what the scientists explored in a second experiment.

It was basically the same experiment, except that this time some of the volunteers were urged to reappraise their symptoms in a more positive way. Specifically, they were told this just prior to the speaking task: “In stressful situations, like public speaking, our bodies react in very specific ways. The increase in arousal you may feel during stress is not harmful. Instead, these responses evolved to help our ancestors survive by delivering oxygen to where it is needed in the body.” They were explicitly encouraged to reinterpret their arousal as an adaptive response. The idea was that changing perceptions of arousal might mitigate anxiety.

And that’s just what they found, and detail in a forthcoming article in the journal Clinical Psychological Science. Both socially anxious and healthy volunteers, when encouraged to see their bodily arousal as functional, improved on a number of measures. They still saw public speaking as stressful and personally demanding, but they saw themselves as more resourceful—better able to cope with the social stress of speaking. What’s more, their physiological response actually improved as well; it came to resemble the more adaptive, healthier kind of arousal. Finally, they were not so preoccupied with threatening cues in the world. This shift in attention, away from negativity, could be protective, diminishing the likelihood of reacting to new social threats in the future.

It is really an interesting finding. Can I ask for the title of the relevant paper? Thank you very much!