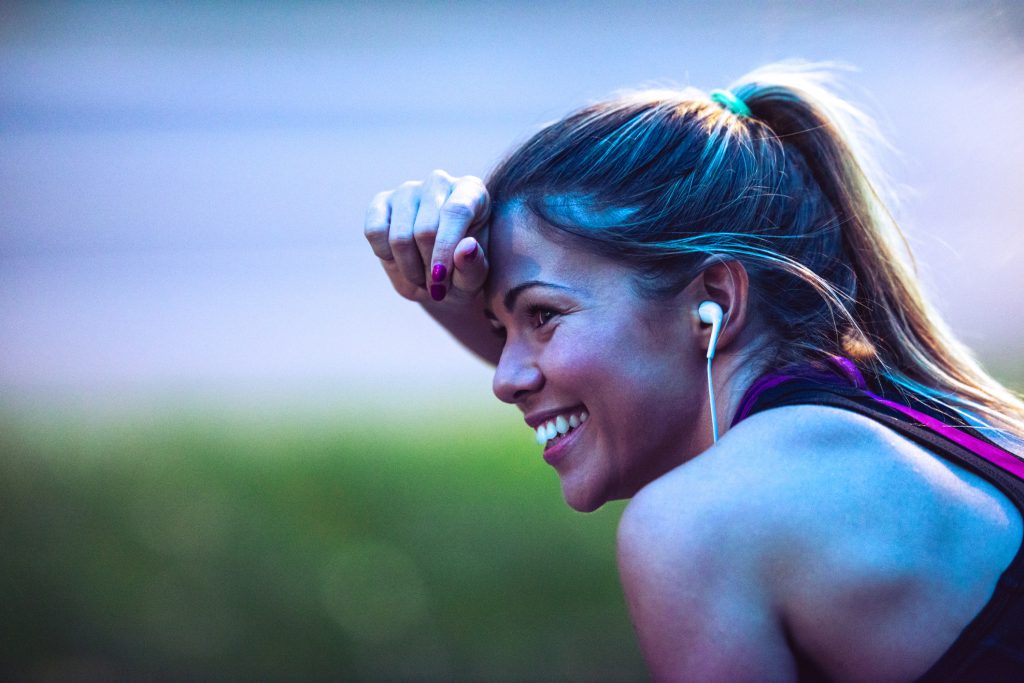 Humans may be able to communicate positive emotions like happiness through the smell of our sweat, according to research published in Psychological Science. The research indicates that we produce chemical compounds, or chemosignals, when we experience happiness that are detectable by others who smell our sweat.

While previous research has shown that negative emotions related to fear and disgust are communicated via detectable regularities in the chemical composition of sweat, few studies have examined whether the same communicative function holds for positive emotions.

“Our study shows that being exposed to sweat produced under happiness induces a simulacrum of happiness in receivers, and induces a contagion of the emotional state,” explains psychological scientist Gün Semin of Utrecht University in the Netherlands, senior researcher on the study. “This suggests that somebody who is happy will infuse others in their vicinity with happiness. In a way,  happiness sweat is somewhat like smiling — it is infectious.”

To determine whether this emotional chemosignaling extends to positive emotions, Semin and colleagues examined whether sweat taken from people in a happy state would influence the behavior, perception, and emotional state of people exposed to the sweat.

The researchers recruited 12 Caucasian males to provide the sweat samples for the study. The participants did not smoke or take any medications, and had no diagnosed psychological disorders. They were prohibited from engaging in alcohol use, sexual activity, consumption of smelly food, or excessive exercise during the study.

The sweat donors came to the lab, rinsed and dried their armpits, and had absorbent pads attached to each armpit. They donned a prewashed T-shirt and sat down to complete the study tasks. They watched a video clip intended to induce a particular emotional state (fear, happiness, neutral) and they also completed a measure of implicit emotion,  in which they were asked to view Chinese symbols and rate how pleasant or unpleasant each one was. The sweat pads were then removed and stored in vials.

For the second part of the study, the researchers recruited 36 Caucasian females, with no psychological disorder, respiratory disease, or other illness. The researchers note that only females were included in this part of the study as women generally have both a better sense of smell and a greater sensitivity to emotional signals than men do. The study was double-blind, such that neither the researcher nor the participant knew which sweat sample the participant would be exposed to at the time of the experiment.

The women were seated in a chair and placed their chins on a chin rest. The vial containing the sweat sample was placed in a holder attached to the chin rest and was opened immediately prior to the target task. The women were exposed to a sweat sample of each type (fear, happiness, neutral), with a 5-minute break in between samples.

But were these emotions conveyed to the female participants? Some behavioral results suggest the answer is “yes.”

Facial expression data revealed that women who were exposed to “fear sweat” showed greater activity in the medial frontalis muscle, a common feature of fear expressions. And women who were exposed to “happy sweat” showed more facial muscle activity indicative of a Duchenne smile, a common component of happiness expressions. There was no observable association, however, between the women’s facial responses and their explicit ratings of how pleasant and intense the sweat was.

These findings, the researchers say, suggest a “behavioral synchronization” between the sender (the sweat donor) and receiver (the sweat smeller).

But the sweat samples did not seem to impact the women’s ratings on the Chinese symbols task, suggesting that the sweat-based chemosignals did not bias their implicit emotional states.

These findings, while preliminary, suggest that we communicate our positive and negative emotional states via distinct chemosignals, such that the receiver produces a simulacrum of the sender’s emotional state. The researchers note that the fact that some measures indicated emotional contagion, while others did not, may highlight the difference between measures of emotion that draw on language versus those that don’t.

The findings have broad relevance — emotion and sweat are two core features of the human experience, after all. But the fact that happiness may be communicated chemically could be of particular interest to the “odor industry,” says Semin, due to its potential commercial applications.

“This is another step in our general model on the communicative function of human sweat, and we are continuing to refine it to understand the neurological effects that human sweat has on recipients of these chemical compounds,” Semin concludes.

GREAT insight…..this has been my response to the ubiquitous inquiry: how are you?
i’m doing so we’ll that if You put it in a bottle and sniff it You’d be happy for a Year”
and no You’ve brought PROOF!
TY Much…..keep these positive influences coming….