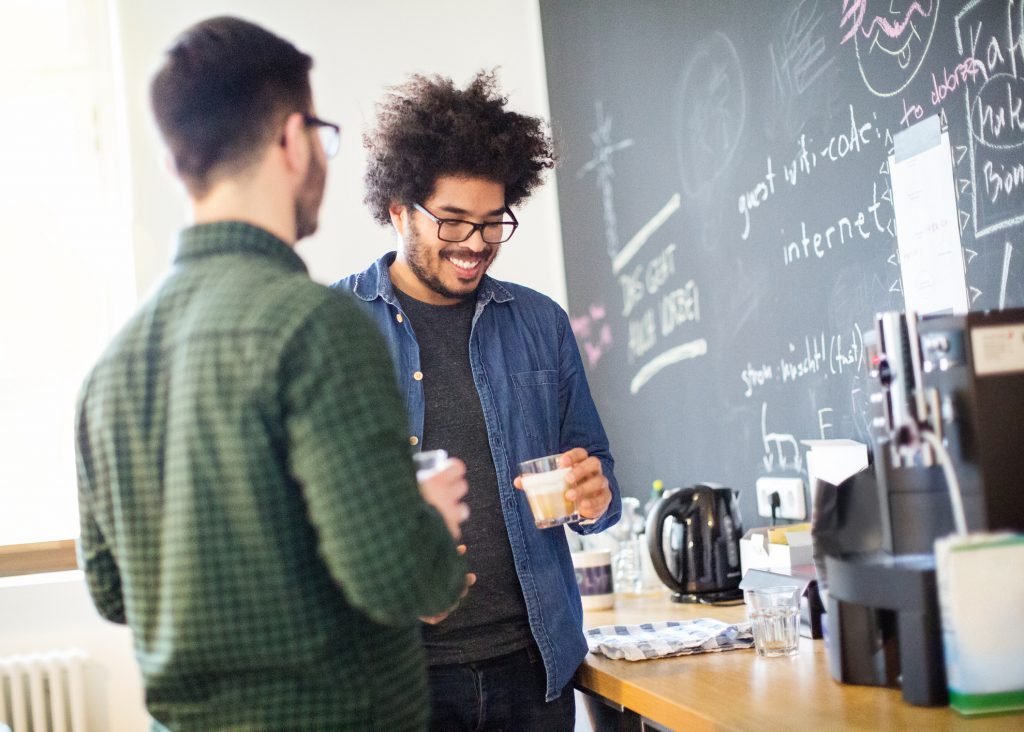 Taking a break, whether for lunch or an afternoon cup of coffee, is an essential part of most people’s workdays. Research has shown that building breaks into our day helps keep us sharp and productive on the job. But after diving into data on workday breaks, Baylor University psychological scientists Emily Hunter and Cindy Wu discovered that many of our assumptions about the best way to take a break are wrong.

“Surprisingly little research investigates employee breaks at work, and even less research provides prescriptive suggestions for better workday breaks in terms of when, where, and how break activities are most beneficial,” Hunter and Wu write.

In many offices, the typical culture is to work throughout the morning, with breaks saved for lunch or the late afternoon. Hunter and Wu hypothesized that – much like workers all over the world – people get the most out of taking a break once they’ve already been hard at work for most of the day. But, after analyzing data collected from nearly 1,000 breaks, they found that a mid-morning break provides far more benefit than a late afternoon one.

“We found that when more hours had elapsed since the beginning of the work shift, fewer resources and more symptoms of poor health were reported after a break,” they explain. “Therefore, breaks later in the day seem to be less effective.”

Hunter and Wu also examined several other factors that influence how restful and restoring a break can be: Does it matter if you take a walk or stay in the office? Is there an ideal length of time?

To find out, they recruited 95 administrative workers from a university office. Participants were asked to record their daily well-being and break activities throughout the day by filling out a short survey after “any period of time, formal or informal, during the workday in which work-relevant tasks are not required or expected, including but not limited to a break for lunch, coffee, personal e-mail, or socializing with coworkers, not including bathroom breaks.”

This survey included questions designed to track how many minutes the break lasted, where it took place, and what kind of activities people engaged in during their break. Questions also assessed people’s mental resources, such as energy levels, concentration, and motivation. The survey also quantified people’s physical state with questions about common complaints like eyestrain, headache, and back pain.

An analysis revealed two key characteristics that defined breaks that best aided recovery: taking a break earlier in the day and engaging in enjoyable activities during a break. Simply put, there appear to be distinct benefits to spending some time early in the day doing something enjoyable.

“Breaks later in the day seem to be less effective, so it is perhaps even more important for employees to make the most of their afternoon breaks via preferred activities,” the researchers write.

Previous research by Sabine Sonnentag of the University of Mannheim has demonstrated how mentally disengaging from work during non-work time is actually an essential part of maintaining productivity on the job. In an article published in Current Directions in Psychological Science, Sonnentag explains that “employees who experience more detachment from work during off-hours are more satisfied with their lives and experience fewer symptoms of psychological strain, without being less engaged while at work.”

“Our results suggest that computer workers can reap the most benefits from their workday breaks if they engage in break activities that they prefer and if they pay attention to the timing of their breaks.”