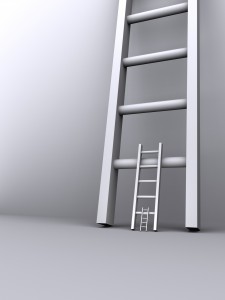 Despite all the advances that women and people of color have made in professional settings over the last several decades, White men still tend to have the upper hand on getting the corner offices, the lofty job titles, or the hefty salary hikes.

But how do women perceive the marginalization that people of color face in the workplace? And how do minorities perceive the obstacles faced by women?

A report published in Psychological Science, a publication of the Association for Psychological Science, provides some answers to these questions. Ashleigh Rosette, a professor in Duke University’s Fuqua School of Business, and psychological scientist Leigh Plunkett Tost of the University of Michigan’s Ross School of Business, conducted a series of studies to examine how having high status in one social setting and low status in another effects one’s social perceptions.

Rosette and Tost hypothesized that if you occupy a historically marginalized position (being a woman or African-American, for example) and a dominant group (e.g. an executive team) on another, the more you’ll be aware of social inequities in that dominant group. But that awareness, they posited, could be dampened the higher your level of success in the dominant group.

In the first study, the researchers invited about 280 White, professional men and women to numerically rank their level of agreement with such statements as, “At my workplace, White people have certain advantages that racial minorities do not have,” and “I do not feel that White people have any benefits or privileges due to their race at my workplace.” They also were asked to rank their level of agreement with the statement “In my current occupation, I am successful.”

In scoring the results, Rosette and Tost found that their expectations held up; among people who felt moderately successful, women were more likely to perceive White privilege at work than were men. But among the group of people rating themselves as highly successful, the results were reversed—women were less likely to perceive White privilege as a function of success than were the men.

The researchers conducted a similar study with 145 men, a slight majority of whom were racial minorities. Consistent with their predictions, minority men were more inclined to perceive male privilege at work than were White men, expect when they experienced relatively high levels of success. Interestingly, White men in the high-success group were more likely to recognize White privilege in the workplace than were those reporting moderate career success.

The findings are important, Rosette and Tost says, because they can raise people’s advantage of their own privilege and motivate them to mitigate the disadvantages faced by others.