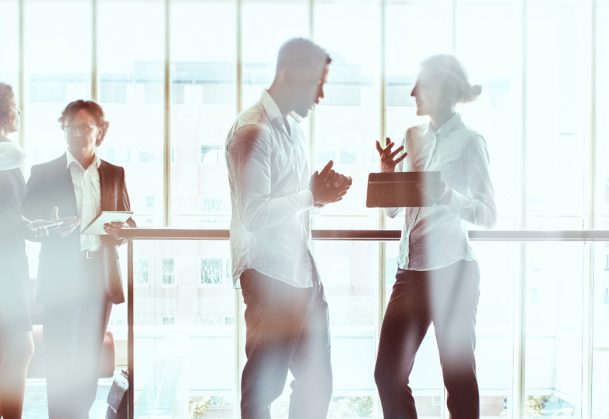 Influential men in a variety of industries, ranging from entertainment to politics, have seen their careers tainted or completely toppled by their past engagement in sexual misconduct. Psychological scientists have found that the power that these men garner as their careers advance may actually warp their social judgment, leading them to interpret sexual interest from subordinates that doesn’t actually exist.

In four experiments, psychological scientists Jonathan W. Kunstman of Miami University of Ohio and APS Fellow Jon Maner of Northwestern University concluded that having power over a member of the opposite sex activated a mating goal and heightened expectations and perceptions of sexual interest from a subordinate.

Kunstman and Maner conducted the study several years ago at Florida State University.  In the first part of their study, they recruited 66 college-age men and women and told they had a chance to earn $50 in a raffle as well as some academic credit. Each of the participants was told that they would work with a partner, at the moment located in a different room, on a simulated decision-making task. Participants completed a test designed to measure natural leadership ability, and then were shown digital photos of their partners (each of which was actually an opposite-sex confederate).

Some of the participants were then told that they:

Other participants were told that they would work as equals with their partners and that rewards would be split evenly.

Then all the participants worked on a word game, in which they had to fill in letters in a string to form words (e.g., S_X could be completed as sex or six). Results of the experiment showed that the people in the power condition created a greater number of sexual words than did those in the control condition. The effect persisted even among a subset of the participants who completed an unrelated task before engaging in the word exercise.

The second experiment, involving a different group of students, began with the same study design as the first phase, but this time participants watched a video message from their partners (again, opposite-sex confederates) and were then asked to report their first impressions of their partner, including whether or not they thought the person might have romantic or sexual feelings toward them). Indeed, the participants in the power condition reported perceiving greater sexual interest in them than did those in the control condition.

In a subsequent experiment, Kunstman and Maner found that participants in power expected greater sexual interest from partners who were said to be single rather than engaged.

And in an experiment study involving face-to-face pairings, people in a power-inducing condition perceived greater sexual interest and sexualized behaviors from partners if they themselves scored high on measures of casual sex interest and sexual coercion proclivities. What’s more, this perceptions had no relation to the subordinate participants’ actual sexual interest.

“Thus, the increase in sexual perception among power holders was independent of partners’ actual level of sexual interest and did not reflect an increase in attraction toward those in power,” the researchers concluded in their report on the results.

Kunstman and Maner added that the findings suggest these misperceptions can sexualize interactions and set the stage for unwelcome sexual advances.

The Machine Zone: Why We Fall Into It and How to Get Out

Frequent phone use can be detrimental to our productivity and even our mental health. More