University of California, Davis www.elizablissmoreau.com What does your research focus on? The goal of my research program is to understand the biological underpinnings of affect and emotion, with a particular focus on the mechanisms that generate individual differences. My core interest is to understand why there is such marked variety More

University of California, San Francisco canlab.ucsf.edu What does your research focus on? My research focuses on how neural systems support emotion and how disruption in these systems relates to alterations in emotion and empathy. I use a laboratory-based approach to measure emotional physiology, behavior, and experience in patients with neurodegenerative More

Max Planck Institute for Human Cognitive and Brain Sciences www.kanske.de www.cbs.mpg.de/staff/kanske-291 What does your research focus on? My research interests evolve around the central topic of “emotion”. Specifically, my work tries to elucidate how emotions influence attention and cognitive control? How, in turn, emotions are modulated through cognitive processes? And More

Our brains, and how they’re not as simple as we think

The Guardian: I never used to discuss neuroscience on the bus but it’s happened twice in the last month. On one occasion a fellow passenger mentioned that her “brain wasn’t working properly” to explain that she had gone through a long period of depression. On another, an exchange student enthusiastically More 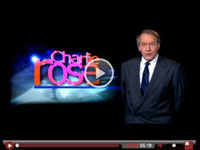 The New Science of Mind

One of the greatest challenges facing the 21st century is to better understand the vast reaches and workings of the human mind. Together, neuroscientists and psychologists have made groundbreaking discoveries about the brain that will have far-reaching public policy implications. During his State of the Union address, President Obama recognized More

Widely considered to be one of the fathers of the field of cognitive neuroscience, APS Past President Michael Gazzaniga will give the keynote address at the 25th APS Annual Convention in Washington, DC, on “Unity in a Modular World.” Gazzaniga is credited with being the first researcher to examine split More