There are some bad memories — whether of a crime or a painful life event — that we’d rather not recall. New research shows that people can successfully inhibit some incriminating memories, reducing the memories’ impact on automatic behaviors and resulting in brain activity similar to that seen in “innocent” participants.

“In real life, many individuals who take memory detection tests want to distort their results. Using a lab-based crime simulation, we examined whether people can indeed suppress guilty memories and avoid detection,” explains lead researcher Xiaoqing Hu of the University of Texas at Austin. “Our study indicates that suppression can be effective in certain ways, helping us to limit unwanted memories’ influence over our behavior.” 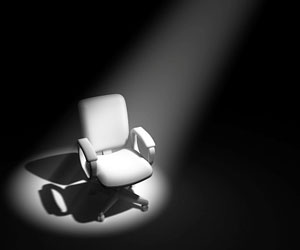 The researchers recruited 78 undergraduate students and randomly assigned them to one of three groups. Two of the groups, both “guilty” groups, were instructed to find and steal a particular object from a faculty member’s mailbox. The object was actually a ring, but the word “ring” was never mentioned in the instructions. This was to ensure that any evidence of ring-related memories would be the result of committing the actual crime and not from listening to the instructions.

A third group, the “innocent” group, was told to go to the same area and simply write their initials on a piece of poster board.

Some of the guilty students were then told that they shouldn’t allow memory of stealing the ring come to mind at all during the following concealed-information test (CIT) — that is, they were instructed to suppress the memory. The other guilty students and the innocent students were not given any suppression instructions.

The three groups completed a CIT, a brainwave-based test that can be used to evaluate whether an individual has specific knowledge suggesting involvement in a crime. On each trial, participants were presented with either the target item (e.g., the word “ring”) or one of six crime-irrelevant items (e.g., “bracelet,” “necklace,” “watch,” “cufflink,” “locket,” “wallet”) while their brain activity was recorded using EEG. The researchers were specifically interested in looking at the P300, a brainwave that indicates conscious recollection.

The students also completed an autobiographical Implicit Association Test (aIAT) in which they had to indicate whether specific statements were true or false. Response times on the aIAT are thought to reflect the strength of a particular association — the faster the response, the more strongly held that association is, regardless of the person’s explicitly stated thoughts and feelings.

As expected, the researchers found that the guilty participants showed significantly larger P300 responses to the target than to the irrelevant stimuli — but only if they hadn’t been given instructions to suppress memories of the crime.

Those who suppressed crime-related memories showed no difference in P300 activity between the two types of stimuli, resulting in data that were indistinguishable from those of innocent participants.

In addition, suppressed-memory participants were also less likely than the other guilty participants to associate crime-related memories with the truth on the aIAT. However, the data suggested that guilty-suppressors could still be identified via another brainwave, known as the late posterior negativity.

Together, the findings suggest that memory suppression dampens neural activity associated with retrieving memories and also limits the influence of these memories on automatic behavioral responses.

The researchers are planning on exploring this memory suppression effect further, investigating whether it might be applied to other types of personally significant memories.

“For example, we can all recall times when we hurt others or behaved inappropriately and these memories can carry feelings of guilt and shame. Can we suppress these kinds of memories, and what are the consequences of such suppression?” says Hu.

While traumatic memories may seem like an obvious target for suppression, the researchers point out that these memories stem from emotional events involving strong physiological arousal and it’s unclear whether suppression would be effective in reducing their impact.

Part of this research was supported by an American Psychological Association Dissertation Research Award to X. Hu.