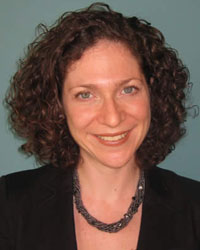 I study socioeconomic disparities in children’s neurocognitive development. Specifically, we’ve known for decades that there are broad differences in children’s cognitive development and academic achievement as a function of socioeconomic status, or SES. But while classic measures of academic achievement surely reflect the function of the brain, they are relatively uninformative concerning perturbations in specific cognitive and neural processes. A cognitive neuroscience approach, in contrast, reflects the fact that different neural structures and circuits support the development of distinct cognitive skills, improving our efforts to provide targeted educational interventions.

I have the good fortune of having my research unite several of my academic interests — child development, cognitive neuroscience, and public health. Just when I was starting grad school, my advisor, Martha Farah at the University of Pennsylvania, who had spent the last several decades becoming a renowned investigator of visual cognition, decided she was interested in switching gears and studying “real world examples of cognitive neuroscience.” The opportunity to join her in that pursuit proved to be indescribably fulfilling. I get to study exactly what I’m interested in and, I hope, provide the basis for translational efforts that have real-world application. In addition to my research, two mornings a week I currently practice as a primary care pediatrician, treating underserved children and families. So the idea of ultimately putting this work to practical application is very important to me.

I have so many! Most notably, my graduate school mentors, Martha Farah at the University of Pennsylvania and Bruce McCandliss, formerly at Cornell University and now at Vanderbilt University. Martha taught me to take academic risks, and to be willing and ready to defend those decisions. Bruce taught me that it is possible to balance the investigation of fascinating scientific questions with the study of applications that have direct relevance for educational outcomes. Here at Columbia University, Jeanne Brooks-Gunn’s extensive body of work on SES disparities and child development has really shaped my thinking on how SES operates, and what types of interventions are likely to be most effective. Personally, she has also been a consistent source of encouragement and support and, along with BJ Casey at Cornell University, has served as a role model of how to be a woman in science. Frank Furstenberg at the University of Pennsylvania (who also served on my thesis committee), has guided my thoughts in terms of the construct and components of SES, as well as how best to measure it. In college, Murray Grossman and Annie Steinberg of the University of Pennsylvania showed me how it is possible to balance a research career with clinical practice. More recently, Bill Fifer here at Columbia University has been just the most outstanding mentor as I’ve transitioned into a faculty position, providing access to an incredible birth cohort for collecting new data, and routinely serving as a sounding board for general issues concerning career development. Plus, the way he makes everyone from students to senior faculty feel immediately comfortable is an inspiration. Most recently, I’ve begun collaborations with Chuck Nelson at Harvard University and Nathan Fox at the University of Maryland. Their pioneering work on the effects of early adversity on child development has been a tremendous influence on me, so I feel extremely fortunate to have the opportunity to work with them directly.

Without a doubt, the number one factor has been outstanding mentorship. Everybody at this stage is smart and works hard. But without mentors to shepherd us through the process, alert us to opportunities, and serve as role models, the road would be quite a bit bumpier. I also can’t deny the role that luck and good timing have played in all this — particularly in getting involved in an exciting new area of research just as it was getting off the ground. Having the academic flexibility to pursue different collaborations has also been a huge help. Part-way through my graduate training at the University of Pennsylvania, the opportunity arose for me to collaborate with Bruce McCandliss, which involved being based up at the Sackler Institute for Developmental Psychobiology in New York City. I am very grateful for the willingness of all involved — Martha, Bruce, my graduate program, and the director of the Sackler Institute, BJ Casey — to accommodate this unorthodox arrangement.

Our next questions focus on timing and mechanisms. First, what is the time-course of these SES effects on neurocognitive development? For instance, how early do SES-related differences in language development emerge, and do such differences occur at the same developmental stage and with the same rate as SES-related differences in memory and executive function development? This information will be critical in understanding when to intervene. New work we are conducting with infants is beginning to address this question. Second, what are the proximate factors by which SES disparities operate, and to what degree do these factors operate with specificity on distinct cognitive and neural outcomes? I am particularly interested in how the home linguistic environment and exposure to stress may mediate the effects we’ve observed. This information will be critical in understanding how to intervene.

Surround yourself with good mentors — both senior colleagues with lots of experience and more junior ones who are closer to your stage and can advise on the day-to-day struggles. Network whenever possible. Ask your mentors to send you to conferences, and introduce yourself to people whose work you admire. Don’t be shy, even if you are feeling “star-struck.” Conduct pilot studies to refine procedures, and process/score/code your data as you go along — it takes time, but there’s nothing worse than realizing later that something should have been changed. If you are studying an at-risk population, it can sometimes require a lot of persistence (as my former grad school lab-mates will attest, as they had to wear headphones to drown out my phone calls to families to schedule, and reschedule, and reschedule missed appointments!). Get really comfortable with statistics. Graph your data to look for unusual distributions or outliers. And when you’re just embarking on a PhD — or an even longer MD/PhD — remember that life doesn’t begin when it’s over; the whole journey is your life. So make sure you make time to enjoy it along the way!

This was the first-ever study directly examining the effects of SES on brain function using functional MRI. We found that children who had similar reading skill levels but different socioeconomic backgrounds showed different brain-behavior relationships while reading. I like this work because it demonstrates that social, cognitive and neurobiological factors are fundamentally intertwined.