Publications > Observer > Observations > Yoga and Meditation May Enhance, Not Diminish, Our Sense of Self 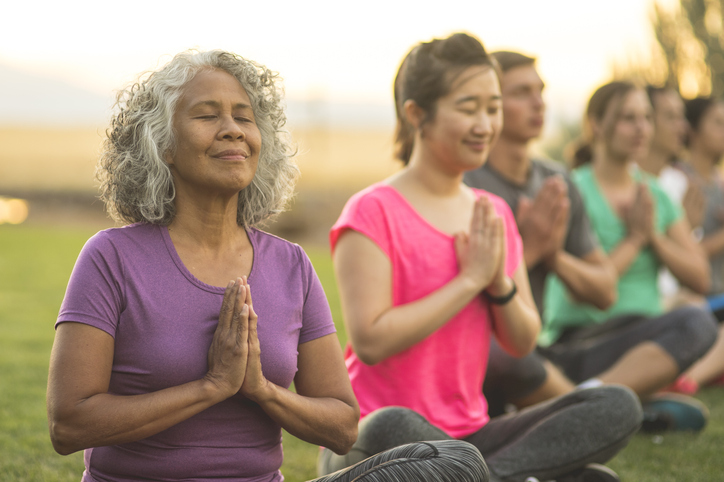 Traditionally, mind-body practices such as yoga and meditation are believed to have an “ego-quieting” effect, allowing practitioners to foster well-being by reducing their sense of self-importance across all areas of life. A pair of studies published in Psychological Science, however, suggests that the physical and emotional benefits of these practices may not arise from modesty, but rather from enhancing practitioners’ pride in their own abilities – as yogis, at least .

These findings align with the self-centrality principle (SCP) in psychological science, explained researcher Jochen Gebauer, a professor of psychology at the University of Mannheim in Germany. This well-established principle suggests that the more we practice any skill, the more it becomes central to our sense of identity, leading us to overestimate our ability compared with others – an effect known as self-enhancement bias.

That isn’t to say that people who practice yoga and meditation are smug or egotistical, or that mind-body practices are “phony,”said Gebauer, just that they may work differently than people generally believe.

“It’s healthy to slightly overestimate yourself, it has many advantages. Among other things, it basically provides you with more energy and optimism,” Gebauer said. “If you think you’re a little bit better at yoga that the people around you, you have an incentive to practice even harder and excel even more.”

In one study, Gebauer and colleagues assessed 93 yoga students’ self-centrality and self-enhancement bias before and after practicing yoga. Over a period of 15 weeks, students recruited from eight hatha yoga schools in Germany participated in up to four 90-minute classes focused on postures (asanas), breathing exercises (pranayamas), meditation (dhyana), and relaxation (savasana). Participants completed assessments after each class, as well as after four week long breaks during which they went at least 24 hours without practicing yoga to prevent carryover effects.

Overall, students participated in an average of five bi-weekly assessments, resulting in 477 assessments that were split between the yoga and control conditions. In line with the self-centrality principle, students perceived yoga to be more central to their identity, reported higher self-esteem and communal narcissism (an inflated sense of one’s positive impact on the world),and viewed themselves as being better at yoga than other students after participating in class compared to weeks when they had not.

In a second study, Gebauer homed in on the relationship between meditation’s self-enhancing effects and increased wellbeing, recruiting 162 experienced meditators from German yoga schools and social media groups.Over a period of 4 weeks, participants completed 491 assessments either before or after listening to a guided metta (loving-kindness) meditation that focused on directing compassionate thoughts toward others.

In addition to completing measures of self-perception,participants also reported on their hedonic (subjective) and eudaimonic(objective) well being. Shortly after meditating, students reported feeling more subjectively happy and rated themselves as more autonomous, purposeful, and self-accepting than they did on weeks when they did not meditate – and these benefits were, in turn, linked with increased self-esteem, the authors wrote.

Self enhancement is often cast in a negative light,particularly by religious traditions such as Buddhism and Christianity that emphasize modesty, Gebauer said, but – as the hundreds of empirical studies referenced in this paper suggest – overestimating yourself is, more often than not, linked to better mental health.

“It’s rare to find a subject where the whole world thinks one thing and science very consistently shows that its actually the opposite,and here we have one of those cases” he said. “Meditation may or does still work, just in a different way than people generally think it does.”

One limitation of these studies, Gebauer notes, is that the participants were all Germans immersed in Western culture. It’s possible that the cultural backgrounds of people of East Asian descent who practice yoga and meditation in areas where Buddhist traditions first developed – including India, China, and Sri Lanka – may lead them to engage in mind-body practices differently, he granted. Other research investigating self-enhancement in these populations  supports the self-centrality principle,however, making this distinction unlikely.

“Despite claims to the contrary, mind-body practices do not undermine the universality of self-enhancement,” Gebauer and colleagues wrote. “The SCP appears to be an inextricable part of human nature.”

Publications > Observer > Observations > Yoga and Meditation May Enhance, Not Diminish, Our Sense of Self

A sample of research exploring: equanimity and mindfulness training; episodic memory, culture, and well-being; and environmental sensitivity as a predictor of intervention response.