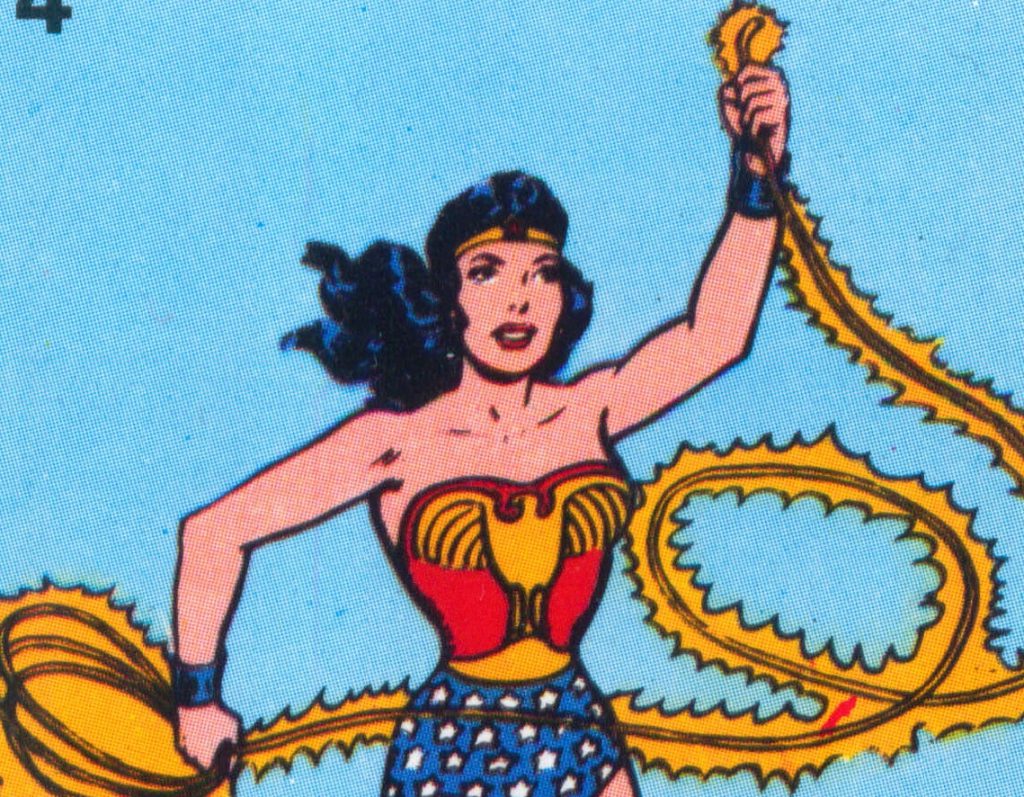 Wonder Woman was first showcased in a 1941 issue of All-Star Comics, but her origins can be traced back to a psychophysiology lab started by William James.

While Superman was famously created by a pair of young science fiction fans and Batman was created by the cartoonist Bob Kane, Wonder Woman had a different origin story altogether: She was the brainchild of a Harvard-trained psychological scientist.

Wonder Woman’s creator, William Moulton Marston, graduated from Harvard Law School in 1918 before going on to pursue a PhD in psychology. He completed his PhD in 1921, producing a dissertation focused on using psychophysiology methods to detect deception. Marston worked in a research lab originally set up by William James where he was supervised by one of James’s scientific recruits, Hugo Münsterberg. The lab focused on using systolic blood pressure as way to detect lying.

Marston is credited as developing one of the earliest lie detector tests, often cited as the inspiration for Wonder Woman’s Lasso of Truth. In 1921, police-officer-turned-PhD-forensic-scientist John Larson built on Marston’s research to develop the earliest polygraph machine.

Marston’s wife and collaborator, Elizabeth Holloway, graduated from Boston University with a law degree in 1918 (before women even had the right to vote) and, like Marston, went on to pursue graduate study in psychology. Together, Marston and Holloway conducted a series of experiments on sex differences in physiological arousal and behavior as measured by systolic blood pressure, and their results were published in respected academic journals, such as the Journal of Experimental Psychology.

Marston also continued academic research on range of psychological topics including emotion, consciousness, and sexuality. He developed the DISC model of behavior, which was adapted by Walter Vernon Clarke as an assessment tool for practitioners working in industrial and organizational psychology.

While teaching at Tufts, Marston started a particularly interesting chapter of his personal life. While conducting psychology research, he met an undergraduate student named Olive Byrne, a niece of Margaret Sanger. Byrne moved in with Marston and Holloway and together they raised their four children in the same house. After Marston’s death in 1947, Holloway and Byrne continued living together for the rest of their lives.

Marston became interested in disseminating psychology to the public and went on to write for popular magazines, including Cosmopolitan, Reader’s Digest, and Good Housekeeping. Marston was also fascinated by people’s reactions to film and advertising — after teaching psychology as a professor at American University and Tufts University, he landed a job as director of public services at Universal Studios in Hollywood.

By the 1940s, comic books were being decried as a malignant force corrupting the fragile minds of America’s children. After reading some of Marston’s comments defending comic books in an issue of Family Circle, Superman publisher M.C. Gaines decided to get in touch with Marston.

Marston was initially hired as a consultant, but eventually became interested in creating and writing his own comic book character. Even as a student, Marston was a strong proponent of women’s rights and he decided that comic books were a useful tool for showcasing a strong female role model to girls as well as boys.

“[N]ot even girls want to be girls so long as our feminine archetype lacks force, strength, power,” he wrote in an article in The American Scholar.

After Wonder Woman’s successful debut, a press release announced that she was in fact the creation of a prestigious Harvard scientist: “ ‘Wonder Woman’ was conceived by Dr. Marston to set up a standard among children and young people of strong, free, courageous womanhood; to combat the idea that women are inferior to men, and to inspire girls to self-confidence and achievement in athletics, occupations and professions monopolized by men” because “the only hope for civilization is the greater freedom, development and equality of women in all fields of human activity.”

Not everyone endorsed Marston’s vision of equality. In the 1950s, a psychiatrist named Fredric Wertham singled out Wonder Woman comics as a particularly corrupting force, writing that “women in these stories are placed on an equal footing with men and indulge in the same type of activities.”

Marston wrote every issue of Wonder Woman until his death in 1947. Thanks to Marston, psychological scientists have a good reason to claim Wonder Woman as the most successful comic book hero to emerge from a psychology lab.

“Frankly, Wonder Woman is psychological propaganda for the new type of woman who should, I believe, rule the world,” Marston said.

Though the reference at the end of the article is a bit off, The Secret History of Wonder Woman, by Jill Lepore is a fascinating, insightful read that provides some fascinating psychological history of the time, but also some titillating information about Marston and his home life. It also might answer your questions as to why Wonder Woman has a whip and braclets on.

This article does not reference Marston’s teacher, Elsie Lincoln Benedict as his inspiration for Wonder Woman. I have 100’s of articles from microfiche that show a direct line to her being Marston’s real inspiration. Elsie marketed herself as “The Wonder Woman” in the 1920’s and spoke of law of attraction, how to get anything you want, the power of the mind to over 3 million people (in the 1920s!) If you would like my research to update your article, with a hard-line connection, please contact me.

This is fascinating! I’m doing some independent research on Elsie Lincoln Benedict….Would you happen to know where I might find those microfiche articles on her? Many thanks.

Saliva as a Biospecimen: Then and Now in the Era of COVID-19

Salivary bioscience has become increasingly useful in a range of areas, including behavioral science.