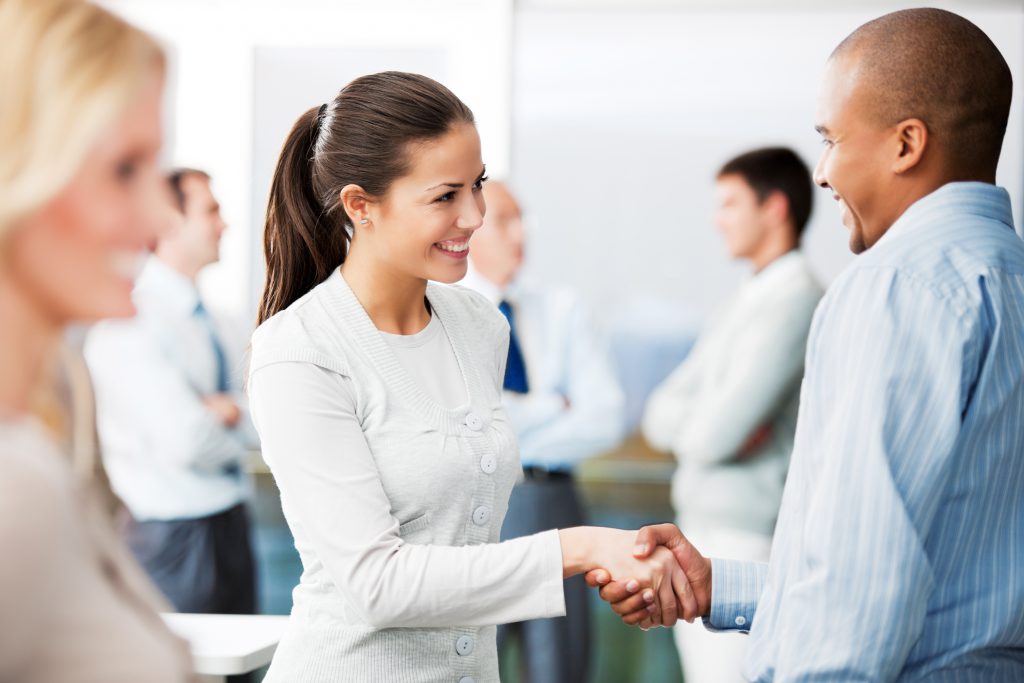 It’s a tale as old as time, or at least romantic comedies: girl meets guy, guy falls in love, girl realizes they really can’t “just be friends.” Research in Psychological Science suggests, however, that discussing matters of the heart can be the start of something beautifully platonic between the sexes – so long as the male isn’t interested in more.

In a pair of studies on the intimacy of interactions between over 200 heterosexual women and their male conversation partners, researchers found that the women had friendlier, more open interactions with gay men who disclosed their sexual orientation compared to men who revealed that they were straight.

Women often avoid intimately engaging with male acquaintances due to concerns that the man may misinterpret friendliness as flirtation or even sexual interest, said Eric M. Russell, a research associate at the University of Texas at Arlington.

“When these women discover that they are interacting with gay men, this anxiety is greatly reduced in that the women no longer feel pressured to suppress their more open and involving interaction behaviors,” Russell said.

In the first study, 153 heterosexual female college students completed an online survey in which they were asked to imagine sitting alone in a waiting room with either a straight or gay male stranger. The participants were then asked to rate their comfort throughout the hypothetical interaction both before and after they learned the man’s sexual orientation.

On average, women reported feeling slightly more at ease after learning the man was straight, but significantly more comfortable when the man turned out to be gay. The more attractive a woman reported perceiving herself to be, the larger the effect, suggesting the difference in comfort may be directly attributed to concerns about the man’s sexual interest, the authors wrote.

“Women can engage more openly and intimately with [gay men] because they do not have to worry about the men having an ulterior sexual motive,” says Russell. “This is especially true of physically attractive women who are often wary of straight men wanting more than a platonic relationship with them.”

A follow-up study of 66 heterosexual women’s face-to-face interactions with 34 homosexual and 32 heterosexual men supported these findings. The student dyads, who were told they were participating in a study on how strangers convey information about different topics, were covertly filmed throughout three distinct interaction periods.

In the first period, a research assistant claimed to have “forgotten” a box of randomized conversation topics in her office. The conversation partners were then left alone in the observation room for the next 5 minutes, providing the researchers a baseline record of the dyad’s interactions before they became aware of each other’s sexual orientations.

In the second period, the research assistant had one of the participants draw a slip of paper from the box, all of which asked them to describe his or her ideal romantic partner. This prompted the participants to reveal the gender that they were attracted to, leading to the third period of the experiment in which they were left alone in the room again while the assistant “printed off some documents.”

Post-interaction, both members of straight woman-gay man (SW-GM) dyads reported higher levels of interpersonal rapport with their partner than those in straight woman-straight man (SW-SM) dyads. Upon reviewing the 12 minutes of video footage, female participants also reported over 30% more comfort-related feelings toward their gay conversation partners.

This more intimate level of engagement was also evident in the women’s body language, with those in SW-GM pairings facing their partner more directly and maintaining eye contact over twice as long as those in SW-SM pairings.

“Straight women and gay men likely see their friendships as safe spaces where they can have fun, be themselves, and engage in intimate conversations without fear of judgement, expectations, or one-sided sexual interest,” says Russell.

These findings, he adds, raise many new and exciting questions about whether the higher levels of intimacy, trust, and mutual respect exhibited by SW-GM dyads in the lab really translate into closer friendships, or may even serve as a prejudice-reduction mechanism for women with less positive attitudes about LGBT individuals.

Interesting research as I have wondered about this. Finding out a man is gay is for me like lifting a weight off, I feel my whole being relax and wondered is this weird? But even more so, it would be interesting to know if it’s not only feeling less comfortable around straight men because of a fear of “judgements, expectations, or one sided sexual interest” or if it’s also a more primitive fear of possible underlying aggression or violence.

Men, too, act differently based on the sexual orientation of the other person, whether the other person is male or female. I thought everybody understood this and, of course, brought their own reasons into it.

I feel relieved too if he’s taken because (at least in my mind) the possibility of dating isn’t there. I can relax and be myself…even if I have a crush myself on the guy I know I don’t have to act perfect to impress him since there’s no chance to date!

I hate how I don’t act myself around guys who I find attractive and/or suspect they like like me. I automatically put up a guard and I don’t know why. But once I find out the guy is taken or not interested in my kind it’s like phew I don’t have anything to worry about.

I completely relate to this! I’m so happy to not be alone having these kinds of thoughts.

I totally relate. I told women that I was gay upfront, some of them asked me, and as a gay man who works with a lot of women, we get along wonderfully, we go out together and have drinks and dinner. We talk about everything from clothing, manly I get a lots of pointers [I know I suppose to know right..not really] from them and I tell them what men like in alot of ways.. I enjoy talking to anyone man, woman, gay, straight, trans, binary, non-binary..everyone.

It does take the pressure off and allows both parties to enjoy each others company.

I have noticed this before, especially since I’m gay. Girls tend to be more comfortable around me. They feel more relaxed and at ease around me, which makes them a bit more open about personal things with me.
But of course, I talk to all kinds of people, whether straight or those who are also part of the LGBTQ+ community.

I found this interesting because I’m not gay, but I have a friend that’s a girl who I’m worried might think I’m gay. The thing is, I really like this girl and I want to take things to the next level, but sometimes I find myself engaging her in conversation about stuff a typical guy wouldn’t talk about with a girl who they like. Earlier today we were in a store, and we walked past some makeup when she made a joke about how she should “do my makeup for me sometime.” As I said before, I’m not gay and I don’t wear makeup, but I just went along with it and laughed because I’m a ‘go with the flow’ type of dude. Now back to the main point of the article, it was shown that girls act more like themselves in front of gay guys than straight guys, so I’m wondering if the reason she is so comfortable around me is maybe because she thinks I’m gay, or maybe it’s just the way I present myself to her (nice & easy to talk to). I hope this post doesn’t come off as rude or offensive to anyone in the LGBTQ+ community, but it’s something I’ve been needing to get off my chest lately. I’d love to hear some feedback especially from females who have dated around the block.