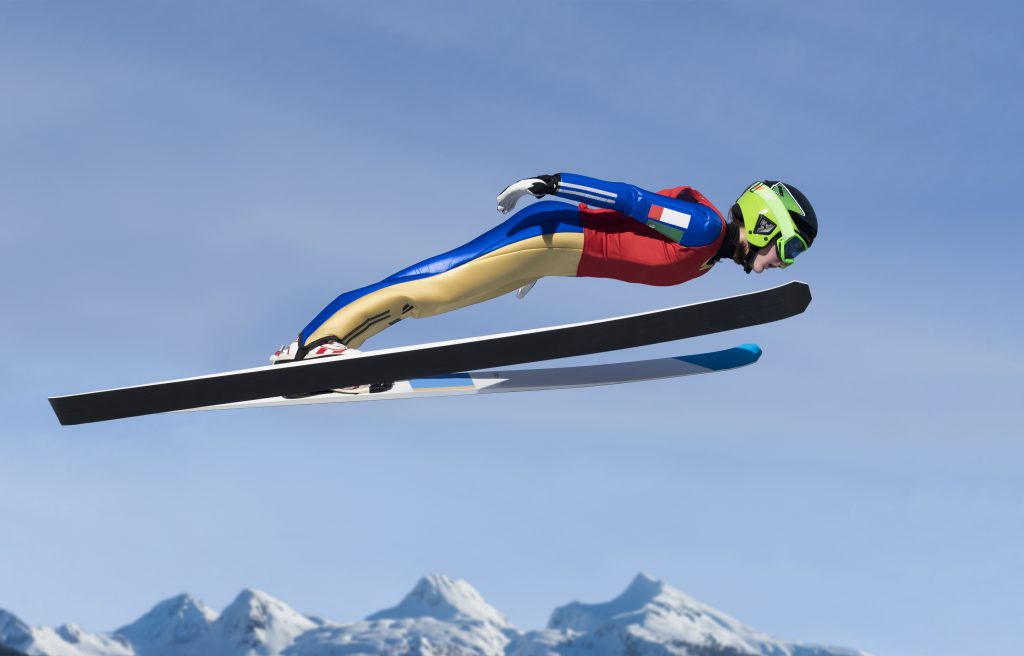 The 2018 Winter Olympic Games are well under way, featuring astonishing feats on the half-pipe, the skating rink, and the slalom course.

Psychological scientists have identified what distinguishes the athletes that made it to PyeongChang, South Korea, and what predicts their chances of standing on the medal podium.

The Personality of Champions — and Also-Rans
Evidence has begun to reveal links between personality traits and athletic success. In a 2014 review in Current Directions in Psychological Science, researchers Mark S. Allen of London South Bank University and Sylvain Laborde of German Sports University Cologne pointed out that athletes competing in national or international competitions report higher levels of conscientiousness and lower levels of neuroticism compared with those competing in club or regional sports. Longitudinal studies have found that adolescent athletes with particular personality traits are more likely to become professional athletes. Research with sports participants have also linked high levels of conscientiousness with better preparation strategies, fewer reckless risks, and more effective coping strategies. And athletes with high levels of extraversion or low levels of neuroticism respond to setbacks more positively.

People may assume that personality traits cause some athletes to perform better or worse, but it’s possible that athletic success and the associated life changes can contribute to personality change, Allen and Laborde wrote. Olympic champions enjoy considerable media attention, fan adoration, and financial benefits (such as lucrative endorsement deals), but also changes in privacy and pressure to win more medals; researchers have yet to identify how those factors might generates some shifts in personality traits, the researchers said.

Practice Doesn’t Explain the Path to Olympic Gold
News coverage of the Winter Olympics typically features individual athletes talking about the years they devoted to intense practice, whether they compete in figure skating, alpine skiing, or snowboarding. But recent research suggests that this deliberate practice may have an infinitesimal influence on their success in the games.

Psychological scientist Brooke Macnamara of Case Western University and colleagues have examined dozens of studies, including those involving repeat Olympic gold medalists, to understand how practice affects performance in athletics and several other domains. Macnamara’s research shows that variation in practice time accounts for only about 18% of individual variation in athletic performance. And in a 2016 analysis published in Perspectives on Psychological Science, she and colleagues David Moreau of the University of Auckland and Zach Hambrick of Michigan State University found that elite athletes — the type who end up qualifying for Olympic competition — have skills that seem to go beyond drills and exercises. The researchers’ comprehensive analyses showed that individual differences in practice time  account for only 1% of the variance in performance among elite athletes.

The researchers also looked at the relationship between the age at which an individual becomes engaged in a sport and the skill level they achieve. They found that higher-skill athletes began their sport no earlier in childhood than did lower-skill athletes.

The researchers point to other factors beyond practice that may contribute to athletic skill, including individual differences in psychomotor speed, attentional control, and working memory capacity. The study focused on a limited number of sports, such as field hockey, soccer, and swimming, but the fact that it analyzed results from multiple studies rather than single experiments means the conclusions may apply across other forms of athletic competition, the scientists concluded.

Talking the Talk to a Medal
In the 1980s, researchers began examining the impact of self-talk on athletic performance. Over time, the studies established two dimensions of self-talk cues — instructional versus motivational. Motivational self-talk is what many people think of as psyching up (e.g., “let’s go”, “I can do it”), while instructional self-talk aims to focus or direct attention and technique (e.g., “keep your eyes on the target,” “follow through”.)

After reviewing 32 studies on the topic, researchers at the University of Thessaly in Greece honed the self-talk distinctions even more precisely, identifying which form of self-talk works for different types of sports.

Reporting their conclusions in Perspectives on Psychological Science, the researchers suggested that self-talk can help by enhancing focus, increasing confidence, regulating effort, controlling cognitive and emotional reactions, and triggering automatic execution of the task.  When tasks involved relatively fine motor demands such as eye-hand coordination, precision, and accuracy — skills that can be assets in an Olympic event like curling — instructional self-talk was most effective, they found

The reason, the researchers hypothesize, is that instructional self-talk helps sharpen concentration.

How Rooting for a Rival Could Help Your Team

If the NFL team you hate the most is in the Super Bowl, take heart. Psychological science suggests that a rival team’s win may improve your team’s motivation and performance next season.