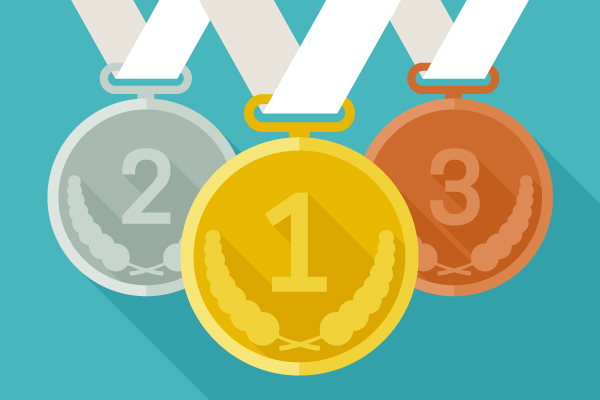 So, you want your kid to be an Olympian? Dial back the intensity of their year-round, single-sport training regimen. Even when young competitors show tremendous promise in swimming, skateboarding, karate, or any other specialized sport, they’re likely to emerge better adult athletes if they take a more multidisciplinary approach, practicing a variety of sports and even engaging in friendly pickup games.

What explains the acquisition of exceptional human performance?” asked Arne Güllich (Kaiserslautern University of Technology) and colleagues in a study published in Perspectives on Psychological Science. To find out, they conducted a meta-analysis of 447 effect sizes from 51 studies involving 6,096 athletes, including 772 of the world’s top performers. Focusing on the different types of activities high performers undertook during their development, they explored which is more likely to facilitate athletic excellence: intensive specialized practice or a more diversified, multidisciplinary practice background.

Rarely, they found, do adult world-class athletes have career trajectories like those of Romanian gymnast Nadia Comăneci, who trained for hours a day starting at age 7 and won three Olympic gold medals at 14, or American tennis stars Venus and Serena Williams, who both started playing tennis at age 3 and both won a Grand Slam at 17. More common are trajectories like those of Roger Federer and Wayne Gretzky, who played a diverse range of sports throughout childhood and adolescence rather than specializing in tennis or hockey, respectively, at an early age.

In their meta-analysis, Güllich and colleagues reviewed 51 studies reported from 1998 to 2018. Athletes (68% male, 32% female) represented 15 countries and collectively participated in a wide range of individual and team sports, including all sports of the Olympic Games. Nearly three-fifths (59%) were “junior” athletes competing in youth-level competitions, and 41% were “senior” athletes—typically in their 20s or 30s.

The researchers’ analysis focused on two questions: “First, does rapid initial progress predict adult success? And second, what types of sport activities and what amount of each sport activity have elite athletes engaged in during their process of acquiring exceptional performance?”

Moreover, although the athletes who achieved relatively higher levels of performance overall had accumulated substantial main-sport practice, the amount of practice was more predictive of performance for junior than senior athletes.

What about participation in other sports? Here, too, the findings pointed to the sustainable benefits of diversifying.

The researchers believe their findings have far-reaching practical implications for sports organizations, from local sports clubs and schools to elite youth sport academies. These organizations “make a choice,” Güllich and colleagues wrote, “to reinforce rapid junior success at the expense of long-term senior success or to facilitate the long-term development of senior performance at the expense of early junior performance.”

They acknowledged, however, that questions remain as to why practicing many sports early in life benefits performance in a particular sport in adulthood. They proposed three interrelated hypotheses. Under the sustainability hypothesis, participation in multiple sports in childhood and adolescence reduces the risk of later burnout or injuries from overuse.  Athletes who skirt these risks in their youth may be more likely to achieve world-class status as adults. In the multiple-sampling-and-functional-matching hypothesis, experience with multiple sports increases an athlete’s odds of selecting a sport at which they are particularly talented. And under the transfer-as-preparation-for-future-learning hypothesis, more varied early learning experiences facilitate later domain-specific skill learning and refinement.